Helping with the count gives civil servants a chance to earn extra money and be part of history.

The Office of Personnel Management issued guidance on Thursday to clear up confusion for federal employees hoping to work for the 2020 census.

The U.S. Census Bureau is fielding about 25,000 applications a day as it’s aiming to hire up to 500,000 temporary workers nationwide for the count that is already underway. These short-term, temporary positions include: office staff, supervisory staff and assistants. Federal employees are allowed to work for the census, so the guidance aims to answer questions on the application process and pay.

Forty-five federal agencies have dual employment agreements with the Census Bureau. The list can be found on Census’ hiring website under the “Special Circumstances for Candidates” section. Employees must first get approval from their directors and then fill out the online job application. The only qualifications all applicants must meet are that they are at least 18 years old, are U.S. citizens and pass a background check.

The Census Bureau said that if federal employees believe their agency has a dual employment agreement, but it’s not on the list, they should still apply online. “Although your application status will likely show as ‘ineligible,’ once your agency's agreement is activated in our application system, your status will be updated,” said the website. “Assuming that there are no other reasons that you are not qualified, your status will change to available for hire.”

As for pay, OPM said that the statutory provision that bans federal employees from receiving pay from more than one position does not apply in this situation. Pay rates are based on the state and county where the employees work. Additionally, census takers can receive reimbursements for work-related gas mileage and other expenses.

As of mid-January, the Census Bureau received 1.7 million applications, but needed almost 1 million more. The 248 Area Census Offices are fully staffed with management and support employees, and the bureau hired an extra 1,500 partnership specialists and 5,000 recruiters.

The Census Bureau will start hiring the bulk of its temporary staff in March, which is when it will mail out the official invitations on how to respond to the 2020 census. The bureau already started counting citizens in remote Alaska in late January.

The Census Bureau encourages federal employees and others to apply for jobs with the 2020 count in order to earn additional money on a flexible schedule, help determine the congressional representation in their communities and be a part of history as this is the 230th anniversary of the first census.

The map below from the Census Bureau shows where the census offices are located throughout the country: 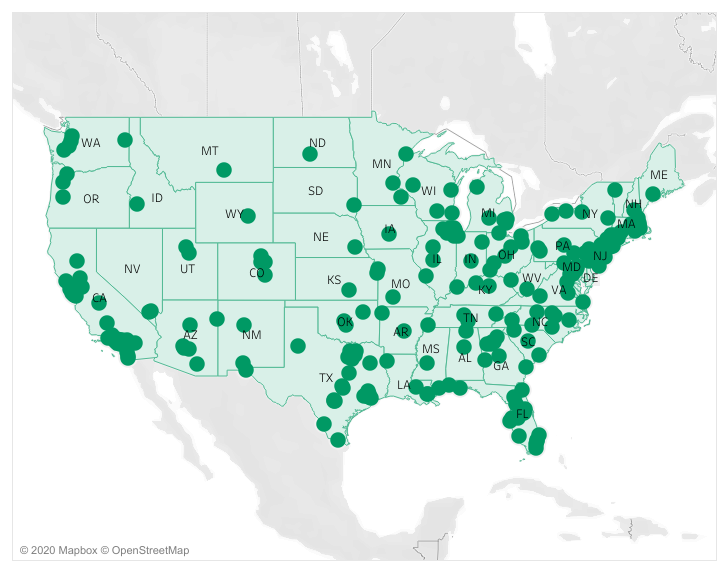 NEXT STORY: Job Recruiters Are Wary of 3 Things on Social Media