Workforce
Analysis: Trump’s War on Expertise Is Only Intensifying

But his attacks on career government officials could backfire with an ever more educated electorate. 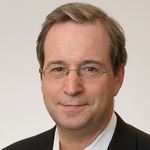 In the fierce struggle over impeachment, Donald Trump and his Republican defenders are escalating their war on expertise.

As an array of career diplomatic and military officials offer damning testimony against Trump—a procession that will continue today with the appearance of former National Security Council adviser Fiona Hill—the GOP is reprising arguments from 20th-century conservative populists that portray experts as untrustworthy and contemptuous elites out to subvert the will of ordinary Americans. The challenge Trump faces is that such attacks may backfire among the growing number of Americans with advanced degrees, a population that is now much larger than when such conservative firebrands as Joseph McCarthy and George Wallace wielded similar arguments decades ago.

Trump’s strategy has been on vivid display in recent weeks, including in his tweet denigrating former U.S. Ambassador to Ukraine Marie Yovanovitch; the pointed insinuation by House Republicans that Lieutenant Colonel Alexander Vindman isn’t a loyal American; and the president’s insistence last month that “deep-state bureaucrats” have conspired in an “unholy alliance” with “corrupt Democrat politicians … and the fake-news media” to instigate the impeachment inquiry.

For Trump, these new salvos extend a far-reaching offensive against expertise—and the career officials who have it—that has unfolded throughout his presidency. Trump has repeatedly denigrated law-enforcement officials at the FBI, moved to evict scientists from the policy-making process, excluded the Central Command general with direct responsibility for the region from his abrupt decision to withdraw American troops from Syria, and even sparred with meteorologists over his mistaken insistence that Hurricane Dorian threatened Alabama in September.

“All presidents come into office worried that the permanent bureaucracy will be loyal to their predecessor and not to them,” says Donald Kettl, a public-policy professor at the University of Texas at Austin. “But there hasn’t been a president in memory with such a firm commitment to rooting out expertise and to relying instead on loyalists.”

Trump’s attempt to sublimate expertise to both ideology and loyalty has perhaps been most pronounced on environmental and climate issues. The Environmental Protection Agency has disbanded or sidelined several scientific-advisory committees. It recently signaled its plan to propose a major change in federal rule-making that would make it much more difficult to use scientific research to justify new or existing regulations; the proposed rule would prevent the EPA from using any research that offered confidentiality to its subjects, as almost all major studies of the health effects of environmental threats have done. Last June, Trump signed an executive order that would require the federal government to eliminate two-thirds of its existing outside advisory committees.

These moves may fit with Trump’s broader efforts to convince his voters that they are under siege from a disdainful elite, Kettl told me, but they also expose Trump to the risk of outcomes that are difficult to defend. “Politics by slogan and base-building by convincing voters they are victims is completely different from governing. Government doesn’t work except by governing—by delivering results that citizens want, from safe drinking water to safe air travel,” he said. “That requires expertise far beyond what loyalty can deliver. And that’s what Trump’s assault of expertise puts at risk.”

Michael Kazin, a Georgetown University historian who has studied the history of populism, told me that conservative critics have denounced intellectuals as trying to impose their views on society for more than a century—at least as far back as the Progressive era and later during the establishment of the New Deal, when critics targeted Franklin D. Roosevelt’s “brain trust.” On the right, Kazin said, there has long been “a deep suspicion that those who become real decision makers in the federal government want to push their plans or ideas on ordinary Americans.”

The portrayal of foreign-policy and national-security professionals as untrustworthy and disdainful elites was central to Senator McCarthy’s crusade against alleged Communists in the federal government in the 1950s. In a 1950 speech in Wheeling, West Virginia, when McCarthy launched his inquisition, he ridiculed Secretary of State Dean Acheson as a “pompous diplomat in striped pants,” and then extended his accusation to the entire class of professionals who populated the Foreign Service.

“It has not been the less fortunate or members of minority groups who have been selling this nation out, but rather those who have had all the benefits that the wealthiest nation on Earth has to offer—the finest homes, the finest college education, and the finest jobs in government,” McCarthy declared. “This is glaringly true in the State Department.”

Governor Wallace reprised similar themes during his third-party bid for the presidency in 1968. Though Wallace is remembered most for his resistance to racial integration in Alabama, he also appealed to his preponderantly white working-class audience by radiating hostility to experts. He denounced “pointy-headed bureaucrats” who rode bicycles to work in three-piece suits, carrying their briefcases.

Dan T. Carter, a Wallace biographer and an emeritus professor of history at the University of South Carolina, hears distinct echoes of Wallace’s arguments in the case lodged by Trump and his defenders against the professionals who have testified in the past few weeks. At the core of the argument against the witnesses, Carter notes, has been the implication that because “they have very high levels of education, very high levels of knowledge, that somehow sets them apart from the good common sense of Americans.”

Also central to the conservative pushback has been the claim that, in questioning Trump’s actions, officials like Vindman and Yovanovitch are trying to impose their policy views over those of the president, who allies portray as embodying, almost mystically, the will of the people.

Former House Speaker Newt Gingrich expressed this explicitly in an appearance with Laura Ingraham on Fox News Tuesday night. After Ingraham suggested that Trump was under siege from the “permanent foreign-policy class,” Gingrich argued that the complaints against Trump were rooted in his refusal to accept those officials’ consensus about global affairs. “There is an entire class of people who believe that they should be making the decisions, that the Constitution does not exist, and that the elected officials chosen by the American people are inferior to the brilliance and genius of the career civil service,” he insisted.

Of all the witnesses, none has triggered more vitriol from the right than Vindman, a career national-security professional and an immigrant from Ukraine—his family fled the country when it was still part of the Soviet Union. During his testimony Tuesday, Vindman drew an avalanche of attacks from conservatives on social media; Trump Jr. retweeted assertions that he deserves a dishonorable discharge or a court martial.

The attacks on Vindman are distinct from others: Starting with Ingraham, conservatives have repeatedly insinuated—or directly alleged—that Vindman is not fully loyal to the United States. Steve Castor, the Republican counsel on the House Intelligence Committee, took those intimations to new heights (or lows) when he asked Vindman about reports that an official in the Ukrainian government had offered him the post of defense minister. “When he made this offer to you,” Castor asked, “was he speaking in English or Ukrainian?”

The extent of these attacks on government experts by Trump and his allies exceed even those of other conservative presidents. Both Richard Nixon and Ronald Reagan, while employing some similar themes, courted and surrounded themselves with conservative intellectuals, from Henry Kissinger and William Bennett to Milton Friedman. As Kettl pointed out, Trump has been much more dismissive of intellectuals on the right.

That disdain reflects Trump’s tendency to inflate his own expertise—he once famously said he knows more about the Islamic State than his generals do. But it also underscores how Trump depends even more than Nixon or Reagan did on the support of the voters most receptive to such denunciations: non-college-educated, rural, and evangelical white people. “He speaks to a lot of the same resentments and a lot of the same themes as previous conservative populists, but he is politically more divisive,” Kazin said. “He is not able to reach out beyond those who resonate to that language, and that was not true of Nixon; that was not true of Reagan. That’s where his problem is.”

Few in either party dispute that Trump could mobilize enough voters who respond to these attacks on elites—and his related condemnation of cultural and racial change—to squeeze out an Electoral College victory in 2020. But compared with earlier conservative populists, he’s operating in an environment with a greater potential for backlash against attacks on expertise. When, in 1952, McCarthy attacked the State Department’s “bright young men” with “the finest college education,” only about one in 14 American adults older than 25 held a college degree, according to census figures; by the time Wallace ran as a third-party candidate 16 years later, the number was nearly one in 10.

Now more than one in three adults holds a college degree. That means more Americans than ever are earning their living at least partly with the knowledge and skills they have acquired through study, like the experts Trump ridicules and marginalizes. Some of those well-educated voters share Trump’s hostility to an alleged government and intellectual elite. But for many others, it’s another entry in the ledger of concerns they have about the president’s demeanor and priorities. Those concerns helped Democrats in the 2018 House elections amass more support among college-educated white men and women than in any election since at least 1980, according to exit polls.

“Good pro-business suburbanites, small-business owners, are not terribly enamored of intellectuals,” Carter told me. “But they do recognize that [the country does] depend on a lot of expertise. They practice it themselves in many cases. I think that Trump is really banking on a really narrow route to victory, which is to mobilize the people … who literally walk on glass to support him.”

NEXT STORY: Why Saying ‘OK Boomer’ at Work Is Considered Age Discrimination – but Millennial Put-Downs Aren’t