Using data and research to improve program outcomes may not make for a catchy campaign slogan, but it can go a long way toward reducing economic and racial disparities. 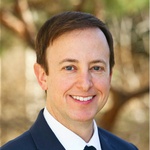 Under the radar for most Americans has been an important bipartisan movement over the past two decades to strengthen evidence-based policy and get more impact from government spending. How could the next presidential administration build on that momentum and, even better, greatly catalyze it?

The need for evidence-informed policies and programs has become urgent as the COVID-19 pandemic and the killings of George Floyd and other unarmed African Americans at the hands of police have highlighted the need to reduce economic and racial disparities. How can the use of data and research help address that challenge?

To try to address both these questions, here are six specific ideas that the next presidential administration, working closely with Congress, could take to meaningfully strengthen the use of evidence in government, especially in ways that further social justice. Both the Biden and Trump campaigns could champion these ideas now.

1. Use existing evidence to launch new policy responses. While important gaps exist in our knowledge about how to effectively reduce economic and racial disparities, enough rigorous research already exists to take bold action now. A useful summary of the evidence in one area, for example, is the 2014 MDRC report “Boosting the Life Chances of Young Men of Color.” The next administration should champion a package of evidence-based policies that would improve outcomes and economic mobility for disadvantaged youth and adults. That includes efforts to boost high school and community college graduation rates, improve employment outcomes, and reduce prison recidivism.

2. Catalyze innovation on social-equity issues. To expand our knowledge of effective economic and social policies, the next administration should fund 25 communities to address economic mobility and social and racial equity in different ways, while rigorously evaluating the results. The goal would be to generate a few breakthrough approaches that could be scaled up across the nation. This approach, adapted from a proposal by economist and former OMB official Jeffrey Liebman, could lead to significantly better ways to tackle important social policy challenges in areas such as health, housing, education and employment.

3. Integrate evidence into large federal formula-grant programs. These programs provide billions of dollars to states to improve outcomes for disadvantaged communities. To get more return on investment from this spending, the next administration should choose a set of priority formula-grant programs and require that an increasing percentage of those dollars be spent on programs or practices that have rigorous evidence behind them—say, 25% the first year, increasing to 50% within a few years. This would ensure that a substantial share of federal grant dollars flows to proven programs while still providing communities with flexibility to develop new, field-generated approaches.

4. Speed up learning about what works in state programs. A lot of federal policies are implemented at the state level, so state-level learning about what works is essential. The next administration should require that states choose at least one large social-policy intervention or program that’s funded with federal dollars to be rigorously evaluated. The federal government should help coordinate that research so that, when feasible, studies span states that have similar programs, helping determine which versions of programs work best in different settings. The result would be not only more accountability for federal spending but valuable information for states to hone their policies and improve service delivery.

5. Embed an innovation fund into every large social program. The next administration should use existing resources to create tiered-evidence grant programs, also known as innovation funds, within each major federal social program or portfolio of related programs. Tiered-evidence grant programs take a page from venture-capital firms in the private sector by placing bigger bets where they see more likelihood—more evidence—of a big return, while placing smaller bets on less-tested but promising approaches. A handful of these programs already exist within agencies—the Education Innovation and Research Program at the Department of Education is a leading example—and the concept should be replicated in other agencies and policy areas. The result would be a major increase in the pace of social innovation by using federal dollars to test, validate and scale evidence-based approaches to important social policy challenges.

6. Allow states and localities broader use of waivers in social programs. To encourage and support innovation, especially on topics of social and racial equity, the next administration should allow for wider use of waiver authority to allow jurisdictions to modify existing program rules, within limits that protect vulnerable populations. Increased waiver authority could, for example, enable state and local governments to blend funding streams to better serve unemployed youth, individuals struggling with drug addiction, or infants and young children at risk of falling behind before they enter school. Importantly, any new waivers should come with a quid pro quo: requiring rigorous program evaluation to protect taxpayers and help the nation learn what works.

These six ideas, whether as campaign proposals or actual policies, will likely never grab the spotlight, since advancing evidence-based policy—to its credit—is usually too bipartisan to create the political fights that get the voters’ attention. Yet these ideas, together, would constitute a revolution in terms of strengthening a culture of evidence and innovation in government. More importantly, they would drive meaningful and impactful progress in our nation’s journey to be a land of opportunity for all.

Andrew Feldman is a director in the public sector practice at Grant Thornton and also hosts the Gov Innovator podcast. He served as a special adviser on the evidence team at the White House Office of Management and Budget in the Obama administration.