Workforce
Retirement Claims Backlog Inches Down in May

The pile of pending claims shrunk by nearly 600 last month and is slightly smaller than it was at the same time last year.

The backlog of federal retirement claims that have yet to be processed decreased slightly in May, following a bigger dropoff the month before.

The retirement claims backlog typically peaks in January and February and then falls steadily throughout the rest of the year, though this year the surge extended into March. During the 35-day partial government shutdown, OPM and unfunded agencies’ HR departments were closed, effectively delaying the retirement of employees who had not scheduled their last day before the lapse in appropriations began last December.

The chart below from OPM shows how average processing times for retirement claims have fluctuated since October 2017. 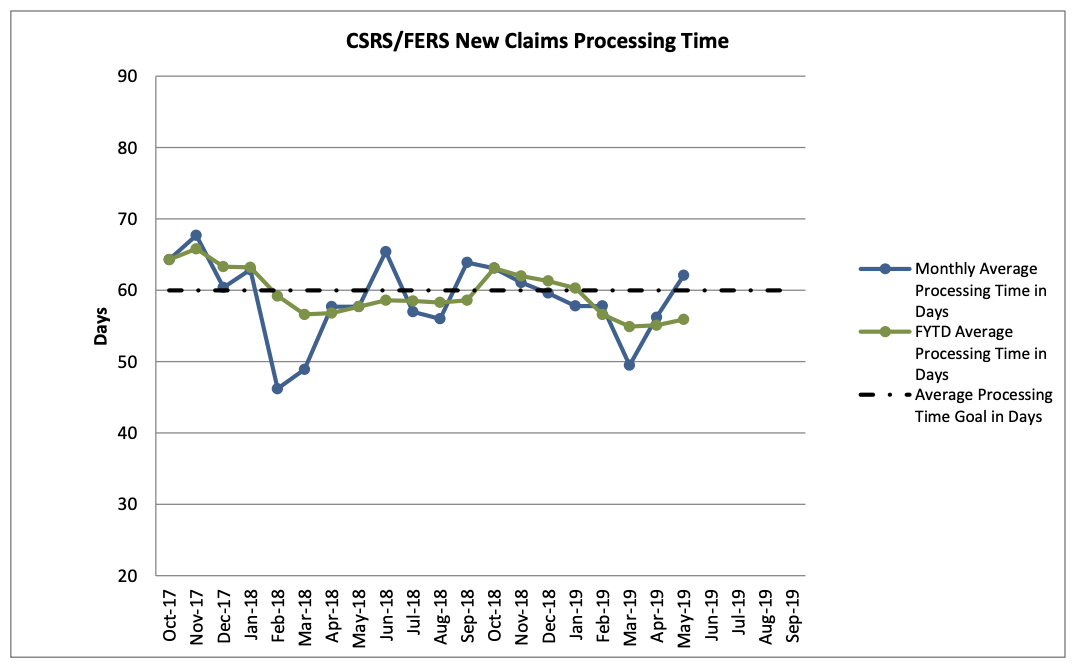