Management
How Donald Trump Could Restore Confidence in Government

Four ways the president-elect can ensure a transparent administration. 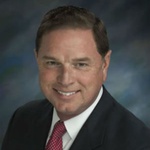 When it comes to sharing information about government activities, “the default,” my mentors taught me many years ago, “must always be maximum disclosure to the public with minimum delay.”

It’s an ethos I carried through the ranks, culminating with my time leading Public Affairs at the Department of Defense. While there, I tried to bake it into the culture. I won some battles and I lost others.

But in all the teams of which I was privileged to be a part, we were guided by the idea that we had a public obligation to fulfill—even as we worked diligently to protect the nation’s secrets.

For this reason, I am deeply troubled by President-elect Trump’s consistent opacity, coupled with his habit of making statements that are later proved to be false. Too often, he and his team have passed up opportunities to be forthright and straight with the public. It doesn’t have to be this way.

I’m worried. Nearly every day, I’m told by a member of the press that they are afraid of what a Trump administration will mean for the news business. These are smart people I admire and trust—and they think we are headed for dark days.

Mr. Trump has to understand he works for us now—as all public servants do. Therefore, he has a duty to communicate with us.  Whether he likes it or not, the traditional news media is the most effective and credible way to do so. Twitter is not.

Here are four important actions he could take now—actions that would put his incoming administration back on the right track.

First, Mr. Trump must establish trust and confidence in his new Administration. “Draining the swamp” should include breaking down unnecessary barriers to government transparency.  He can start by holding a press conference. Mr. Trump hasn’t held a formal press conference since July 27 in Doral, Florida. That’s more than 135 days. Not only is this an inexcusably long time, but CNN reports that no new president has waited this long post-victory to hold a press conference in at least 40 years.

And while presidents have a responsibility to take questions in an uncontrolled environment, the timing here is also important. Mr. Trump is building a Cabinet and beginning to craft policy, and the American people have a right to know what his thinking is. This is an easy fix and he should address it immediately.

Second, he must demonstrate poised leadership and set a tone his entire administration can follow. This applies to his manner of speaking, as well as to his actions. When speaking, he must be more careful about what he says—ensuring that it’s timely, accurate, and truthful. I’m not suggesting he buy in to the political correctness that has been the brand of Washington in recent years; just the opposite, I welcome his sometimes “from the gut” style.  But as President of the United States and leader of the free world, he must understand that words matter. He must be more focused and thoughtful.

Third, Mr. Trump should quickly announce a White House communications director who is a proven champion of transparency—with a track record to back it up. Perhaps a good idea would be to pull a highly trusted person from a mainstream media outlet. Either way, Mr. Trump must resist calls from the more extreme corners of his Party—from TV personalities like Sean Hannity of Fox News who asked rhetorically last week, “Why does Donald Trump need a White House press office?” He then answered his own question: “He doesn’t.”

That’s a dangerous way of thinking. The media’s role in our democracy is vital and the White House press corps has served Americans well for generations. Mr. Trump could—and should—outdo President Obama when it comes to press access.

Lastly, Mr. Trump should insist that federal agencies quickly get back in line with the Freedom of Information Act. Why is this so important? As the AP reported last year, the Obama administration set a record “for censoring government files or outright denying access to them last year under the U.S. Freedom of Information Act.” The government “took longer to turn over files when it provided any, said more regularly that it couldn’t find documents and refused a record number of times to turn over files quickly.”

We simply can’t continue in this direction. That’s not how democracies are supposed to work. But to turn the FOIA ship around, Mr. Trump must play a proactive role in setting expectations.  His Administration, and the entire government bureaucracy, will follow his lead.

If Mr. Trump truly believes he has a mandate for change, he should spare no effort in being more open and transparent than his predecessors. There’s a significant portion of America that no longer trusts its government. It’s the president’s job to bring them back into the fold—to rebuild the confidence Americans have lost in their elected leaders.

As President, Mr. Trump can do this. He just has to want to.

Robert T. Hastings, Jr. served as the Assistant Secretary of Defense for Public Affairs (Acting) from 2008 to 2009. He also served more than 20 years in the U.S. Army as a helicopter pilot and public affairs officer.