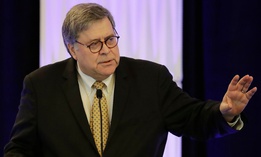 Oversight
A Call for the Justice IG to Probe Political Interference 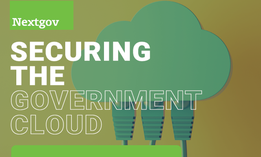 Oversight
A Call for the Justice IG to Probe Political Interference

Management
The Secret to Repairing a Broken Conversation

Improv comedy has all the answers.

We’ve all been there. In the midst of a productive conversation with a colleague, something unexpected happens. It might be an awkward phrase or an unintended tone of voice, or maybe someone simply says something we don’t want to hear. Suddenly the conversation has veered off course and one or both of us now feels disregarded, disrespected, or just plain angry.

It’s common in these situations for one or both people to shut down and begin to avoid the conversation or, perhaps, each other entirely. It’s as if the conversational road disappears and we’re suddenly in off-road conditions that are full of nerve-wracking pitfalls and uncomfortable dust-ups as we make clumsy attempts to salvage the dialogue. We blame the other person, we lick our wounds, and we retreat inward. The problem is that these reactions are ineffective and destabilizing in business settings where team and one-on-one conversations are crucial for planning and productivity.

Navigating these situations requires an ability to lead and communicate in the moment—to steer the conversation back on course and keep it, and the relationship, on a productive trajectory.

In my work as an organizational leadership consultant and executive coach, I frequently encounter these stories. My background as an improvisational actor has helped me understand that these moments require a skill set that I call“improvisational leadership.” Every conversation, after all, is an improvisation with its unpredictable undulations and intonations—not to mention the inherent complexity of the content in a competitive business setting.

So what’s the secret to repairing a broken conversation?

Improvisers call “Yes, and” the essential element for making and accepting an improvisational “offer,” which is anything you say or do that moves the scene forward. “Yes, and,” is an attitude that creates a collaborative spirit and builds strong relationships. Contrast that with, “Yes, but,” which creates a roadblock in the conversation. “But” negates or erases everything that we’ve said before it and causes the other party to feel invalidated. And here is the important point: “Yes, and,” does not mean that we have to agree with everything the other person says. In fact, it is most useful in moments of disagreement. It communicates: “Yes, I respect your perspective and here is my different perspective—let’s figure this out together.” “Yes, and,” creates a ramp back onto the paved conversational road. It moves the conversation forward and towards something.

Identify and use status shifts

Improvisers know that there are shifts in status within each conversation, and they use them to their advantage to progress the action of the scene. In business conversations and negotiations, status shifts are very effective “influence moves.” So, for example, if I choose to go “low status” I might say, “I know you’ve been working in this field a long time.” I’ve lowered my status and raised yours, bringing you towards me into the conversation. Later I might raise my status by saying, “You know, I’m watching the budget on this and I need you on board with that.” I’ve asserted the goal, set limits, and invited you to join me in this effort.

When we are in a broken conversation, it is crucial to know our default habits so we don’t keep having the same response over and over again. Ask yourself, “What is my default role in conflict? Am I prone to be a people pleaser? Do I have a habit of being oppositional? Am I conflict averse?” The key is to identify our default habit roles and consciously move into new growing edge roles—listener, initiator, mediator, devil’s advocate, ally, limit setter, etc. Once you know your default role, you can be more adaptable and begin to make choices about how to respond in the moment—you won’t be limited in your responses.

Broken conversations are inevitable because human interaction can be messy. What matters is not whether we hit these conversational potholes, but rather how we recover and whether we use it as an opportunity to strengthen our relationships in order to reach our goals together. Approaching these moments with improvisational leadership and team skills gives us a tremendous advantage that helps us get back to smoother, more collaborative communication.