Management
Standing Desks Are Good, But Would a Standing Office Be Even Better?

Science says sitting is terrible for your health. A design team responds by doing away with office seating completely—and elegantly.

Sitting is so bad for people that not even exercise can counteract the toll that it takes on our bodies. Yet the place where many of us sit the longest—at our office jobs, plinking away at keyboards—offers few alternatives. Yes, standing desks come in a wide range of designs, from the serious to the decidedly less so . But at root, standing desks and workplace workouts are only office-place adjustments to make working a little healthier for workers.

Rietveld Architecture-Art-Affordances (RAAAF) has something else in mind. The Dutch firm's new office concept doesn't enable standing. Instead, this top-down approach does away with sitting altogether. Who needs standing desks when there are no seats?

Developed with visual artist Barbara Visser, the project is direct about its ambitions: It's called The End of Sitting . Amsterdam viewers got an opportunity to experience the thing live in an interactive winter design exhibition (summed up here by Architect magazine). This office performance project was a followup to a silent animation, called Sitting Kills , created by RAAAF and Barbara Visser for a commission from the Chief Government Architect of the Netherlands (part of the Dutch Ministry of Housing, Spatial Planning, and the Environment).

Compared to the baby step of committing to a standing desk, The End of Sitting might seem outlandish. But it definitely looks much more fun than doing regular work on a desk surface that's just been propped up higher. In part, that's because no one in the pictures of the installation appears to be doing any work. Even absent these Dutch creative loafers, the workspace looks more sculptural than anything a typical worker might expect to see at a traditional 9-to-5. 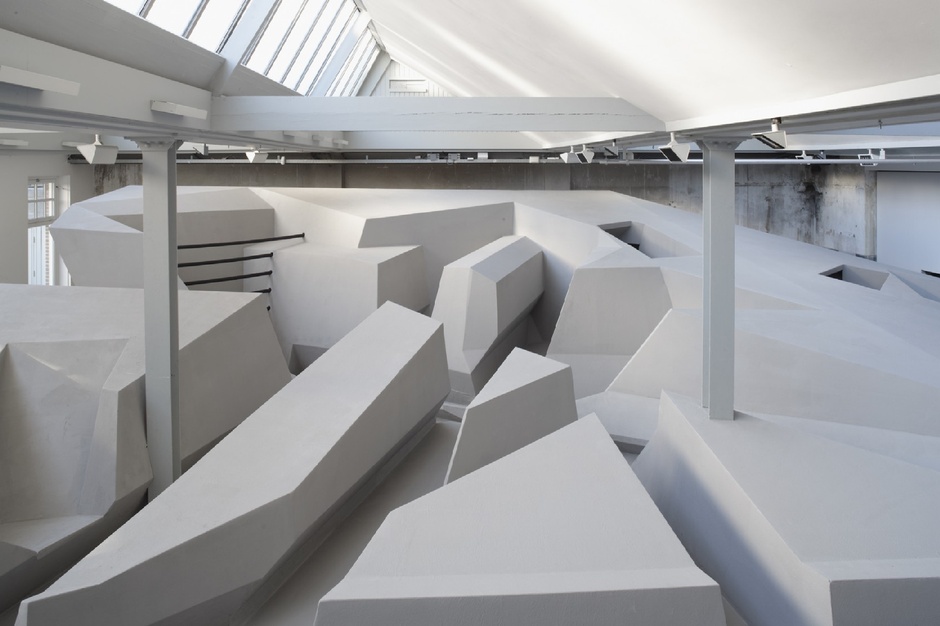 "Sculptural" often means expensive when it comes to interior-design elements and furniture concepts. Yet when it comes to workplace productivity, the costs of sitting are staggering. A 2012 study from Brigham Young University of nearly 20,000 employees found that "health-related employee productivity loss accounts for 77 percent of all such loss and costs employers two to three times more than annual healthcare expenses."

A sedentary lifestyle is connected to bad health outcomes in all kinds of ways. ( The Washington Post helpfully mapped a few of them to the human body in this poster .) So even an expensive office concept that gets people moving might be cheaper than the default office design—after you factor in the price of externalities that come with all the sitting around and actively dying in place. 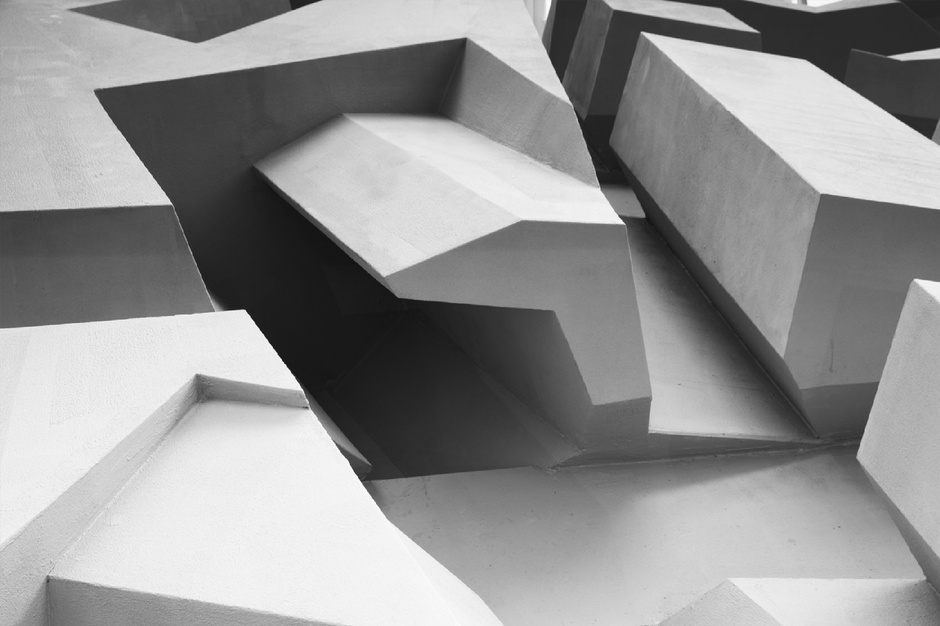 The RAAAF website describes The End of Sitting as an "experimental work landscape" designed as a "concept wherein the chair and desk are no longer unquestionable starting points." The firm researched natural human body postures and movements in an effort to design ideal, flexible workspace scenarios for the non-sitter. It almost looks like an office whose negative space has been converted into some kind of multi-surface macro furniture unit.

Research for the project also resulted in a short video showing the evolution of the modern office. From ages predating the invention of type through the 19th century, working meant alternating between sitting and standing. But the introduction of the typewriter in the early 20th century pinned workers to their desks, according to RAAAF. After the end of sitting presumably comes an earlier mode of work to which our ancestors were accustomed.

To be sure, only certain kinds of jobs would lend themselves very well to an office designed around standing, not sitting. But in 2015, laptops, WiFi, and mobile phones are the reality in many different career categories. A more flexible, even sculptural open office focused not just on collaboration but on health outcomes—one that encouraged workers to literally stand around—would be welcome in many lines of work. Including journalism. 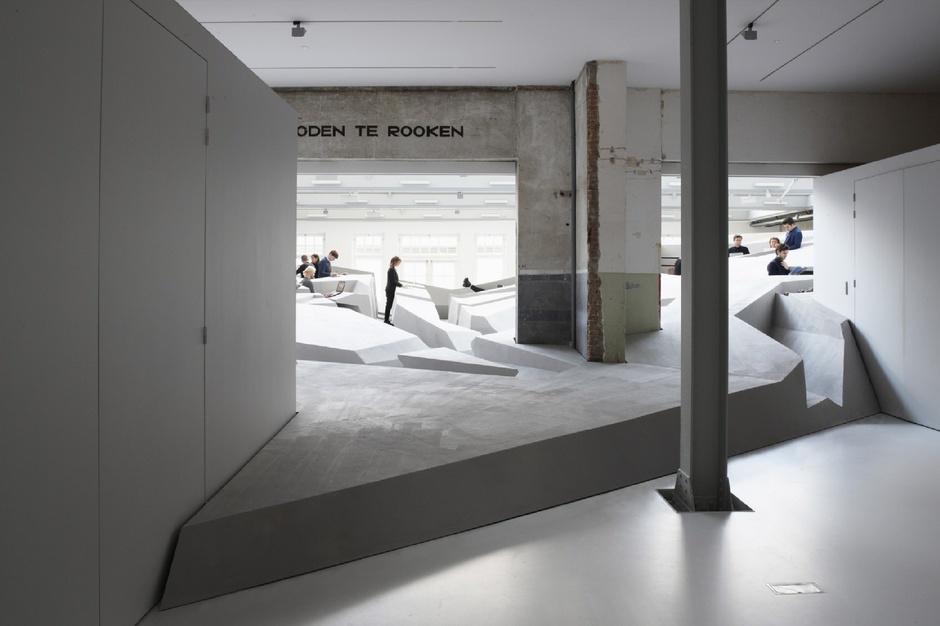 NEXT STORY: Frozen's Idina Menzel Is Over Perfectionism. You Should Be Too.