Why piecemeal reform won’t solve anything. 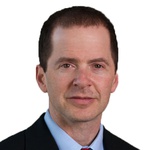 Allegations that employees across the Veterans Affairs Department hospital system cooked the books to cover up lengthy wait times for patients are abhorrent, and the individuals responsible for cheating the system and mistreating our veterans must be held accountable. But the resignation of Secretary Shinseki, a good man and dedicated public servant, does nothing to address the real problems at VA—or across government.

The truth is these types of problems aren’t unique to the VA. There’s been a recent string of challenges—from conference scandals at the General Services Administration, to inappropriate targeting of political organizations at the Internal Revenue Service, to the colossal failure of managing HealthCare.gov. These challenges are not new. They have persisted because the sum total of the congressional response has been to ask for leadership’s head on a platter or pass piecemeal, isolated agency reform in response to the crisis du jour. Changing leaders is simply musical chairs when the challenges run this deep and even firing the bad actors at VA should not be the entirety of the response.

What is truly needed is a fundamental culture shift that rewards employees for raising and addressing shortcomings. This kind of change will only be achieved through thoughtful, underlying reform of the entire civil service system.

Rather than giving the next VA secretary authority to fire executives at will, which will really serve as a disincentive for top talent to serve there, what is needed from Congress is a response that will make meaningful change at VA and across government—comprehensive legislation to transform the way our government hires, develops and rewards its employees.

One aspect of this broader approach is finding a more effective way to deal with poor performers and those who engage in misconduct. It is not, as myth would lead us to believe, impossible to fire a federal employee, but it is difficult. The VA, for example, has forced out through transfers, terminations or involuntary retirements about 3,000 workers in each of the last two years, some of whom were senior executives.

But under current rules, federal employees can appeal disciplinary actions to multiple and sometimes duplicative dispute resolution forums, a process that can take months or even years, and that places an excessive burden on managers. To facilitate justice, Congress should create a unified dispute resolution process for all individual employee complaints that preserves due process rights, but speeds decision-making and ensures accountability.

Also a meaningful reform package would include a market-sensitive pay system so government can attract and compete for top talent. The raging political debate over whether federal employees are paid too much or too little is the wrong conversation. The real question should be whether we are paying an appropriate amount, and no more, to get the talent and skills we need to properly serve the public—or in this case, our nation’s veterans.

The answer is to pay our employees by occupation the way every other effective organization in the country does it. This requires creation of a market-sensitive labor system for all professional positions that would establish pay rates roughly comparable to those of major private sector employers hiring for similar jobs, and that accounts for differences based on skill sets and levels of responsibility. This is technical, but essential. Under the civil service system, which prizes equity, an engineer at the GS-14 level would be paid the same amount as a human resources specialist at the same level, although the market for the two skill sets is dramatically different.

It also is essential to change the way federal agencies hire. Over the years, various laws and procedural requirements have complicated the federal hiring process, making it slow, complex and opaque. The process is so cumbersome and mysterious, it discourages candidates from applying and even if they do apply, there is little faith that the system identifies the best candidate for the job. Clearly, if the situation at VA demonstrates anything, it tells us that we need more of the best, most dedicated people in service to our veterans. We need more highly qualified and motivated young people in government, where only 7 percent are under 30, and we need a system for people to more easily move between the public and private sectors.

Congress has both an opportunity and an imperative to plan for the future federal workforce, but to do it properly, it must revamp the system that supports it. The allegations of wrongdoing at the VA could serve as a needed catalyst for change, with the White House, Congress, employee representative organizations and other interested parties coming together and doing the hard work required to revise pay, hiring and other personnel practices, including how we handle errant employees.

Change like this is hard. It doesn’t happen overnight and it won’t happen at all unless Congress stops reacting piecemeal to the crisis du jour and takes the time to understand and correct the underlying shortcomings of our civil service system.

Max Stier is president and CEO of the nonprofit, nonpartisan Partnership for Public Service.

NEXT STORY: Why Elon Musk Is Suing the U.S. Air Force