Four redeeming points nobody is making—but should. 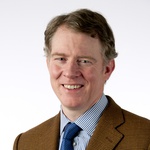 The IRS had its fair share of controversy in June. In the wake of the first accusations that the agency targeted the tax exempt status of certain groups for political reasons, a second firestorm has broken out over IRS management.  This time, the argument is over the agency’s use of conferences and baseball tickets to bring together and potentially even (gasp!) reward agency staff.  The costs of these events seem astronomical on paper, at nearly $50 million.

There is no arguing with the assertion that the sum in question is a large amount of money. However, the nature of this controversy provides insight in to an ongoing problem – a real gap in Washington’s ability to engage in a healthy dialogue about cost and productivity. I think this debate could use a redefinition of terms.

First, let’s put the $50 million in context – it’s a three year number, so the annualized cost is about $17 million. This is still a significant sum of money; but keep in mind total IRS personnel costs are in the neighborhood of $6 billion dollars per year.  And, the agency’s managers are bringing per-person conference cost down to a whopping $350 per year – against an average salary of more than $75,000.  If it were a for-profit enterprise, the IRS would be a Fortune 250 company, and Travel & Entertainment expenses for internal meetings at this level would be an easily understood cost of doing business.  In fact, according to JP Morgan Card Services, the average Fortune 500 company spends four times as much on conferences per dollar of revenue as the average government entity.

Second, serious critics of management efficiency would surely target other categories than travel and entertainment– in this case, productivity of the IRS workforce.  Against a staffing cost base of $6 billion, the biggest single driver of performance and efficiency is highly unlikely to be the amount spent on annual conferences. Instead, employee productivity is most likely to drive real gains in efficiency and quality.  In context, a 5 percent gain in employee productivity at the IRS is worth $300 million per year.  Employee engagement, technology enablement and productivity account for vastly greater expense to the tax payer than conference spending, yet making sure that these assets are properly deployed and managed is conspicuously (and frustratingly) missing from the public debate.

Third, consider that the much vilified category of conference expense might actually be a leveraged investment in employee productivity. One of the biggest drivers of employee productivity is the degree to which leaders connect their work to organizational strategy.  If the conferences in question helped leaders align on core strategies or communicate and enforce priorities, then they may have improved employee engagement, alignment and productivity. For the corporate clients we support, we see highly engaged workforces generating 6 percent more profit than poorly engaged ones, through better alignment on core outcomes, more consistent innovation and higher levels of discretionary effort.  While the IRS doesn’t have “profit” per se, a similar boost in employee engagement and alignment would be worth nearly half a billion dollars in increased productivity.

Fourth, and perhaps most discouragingly for those looking at the big picture, engagement appears to be an area where the IRS team has been especially effective.  Analysis of federal employee data suggests that IRS leadership has been very effective at connecting their employees’ work to the priorities and mission of the organization: 76 percent of IRS employees report that “Managers communicate the goals and priorities of the organization” (versus 62 percent of government employees broadly) and 74 percent report that “Managers review and evaluate the organization’s progress toward meeting its goals and objectives” (again, versus 62 percent of government employees broadly).  These are not merely nice statements; they are real drivers of productivity and outcomes.

I’m not arguing that the conferences in question were a vital contributor to such positive outperformance.  Without a very detailed review of agendas, inputs, feedback and follow-up, it would be impossible to verify whether these were wise investments. Congress and the media are right to examine the relative return on each dollar spent in the federal budget.  However, an overly simplistic, sound-bite driven dialogue on minor categories of expenditure is at best a distraction, and at worst could lead to counterproductive budget decisions, which will cost the IRS and taxpayers much more than the $50 million that has defined the terms of this debate up until now.