Who Would Be Forced to Work During a DHS Shutdown?

A look at which parts of the department would have the most employees still on the job, based on 2013 plans.

If the Homeland Security Department is forced to shut down next week, most of its employees would likely still report to work. In fact, when the government shut down for two weeks in October 2013, 86.4 percent of DHS employees remained on the job. The department’s plans are being tweaked in preparation for the latest shutdown threat, but the below chart shows which components of DHS would have the highest percentages of employees still working during a shutdown, based on 2013 data. 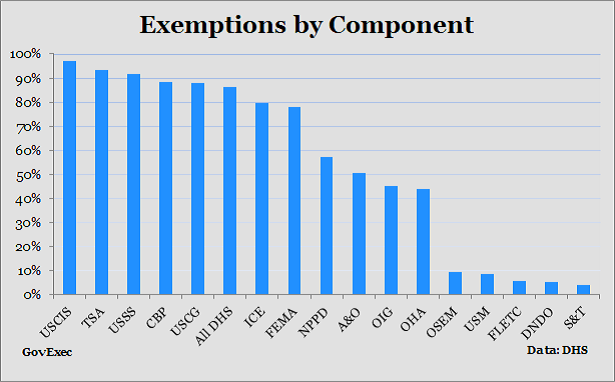 NEXT STORY: Most Americans Now Back Ground Troops Against ISIS