Pay & Benefits
Analysis: What Does a Government Shutdown Mean for the Defense Department?

Four years ago, this staffer for the defense policy undersecretary helped the Pentagon figure out the impacts of a shutdown. Hint: it wasn’t pretty. 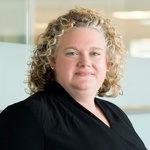 Susanna V. Blume
Fellow at the Center for a New American Security.

What happens to the Defense Department when the federal government shuts down? I can shed some light on this; in October 2013, I was a DoD civilian charged with helping to ensure an orderly shutdown for the Office of the Under Secretary of Defense for Policy.

On Dec. 22, the current continuing resolution will expire. If lawmakers have been unable to reach agreement on an appropriations bill, or pass a third CR for fiscal 2018, appropriations will lapse. By this time, Defense Department planners have long since begun planning — which means the harms to military readiness, service members, DoD civilians, and contractors have already begun.

The planning alone is harmful, absorbing hours of management and senior leaders’ time better spent elsewhere, and damaging morale in the workforce. Based on guidance from the Office of Personnel Management, or OPM, leaders must determine what activities can continue during a government shutdown and what personnel are excepted from shutdown furlough. Making these determinations is more complicated than it seems. Many must be made case-by-case, which is time-consuming and distracting from the Department’s primary missions.

Second, the OPM guidelines allow agencies to make exceptions for personnel necessary to ensure the safety of human life and protection of property, as well as those employees required to ensure an orderly shutdown. These personnel are known as “excepted” because, while the shutdown does apply to them, they are granted an exception from furlough. While this guidance seems straightforward, there is a lot of latitude in these definitions. As a result, senior leaders, managers, and counsel must painstakingly review each of their missions and their workers to determine who may legally report to work.

Finally, Congress may make their own exceptions. In 2013, for example, Congress passed the Pay Our Military Act at the eleventh hour, appropriating funds for active-duty military pay and DoD and DHS civilian pay deemed to be supporting the active-duty military. As a result, there was no question that all active-duty service members were to report to work. However, because the legislation was drafted and passed in haste, the guidance for civilians was ambiguous. Executive-branch lawyers spent days attempting to determine which civilians could legally come to work before Congress clarified its intent.

Anyone excepted from shutdown furlough will, by law, be paid eventually. However, whether they will be paid on time is another question entirely. Without action by Congress, service members and excepted civilians do not receive a paycheck until the shutdown ends. As a result, deployed service members have to worry whether their families will receive their housing allowances in time to pay the rent. Furloughed employees must wait until the shutdown ends to find out if Congress will act to pay them for the time they were not working.

A shutdown’s impact on contracts and contractors is even less predictable than for service members and DoD civilian employees. If a contract has already been fully funded, work may proceed during shutdown. In some cases, this outcome is highly inefficient. For example, depending on how a given contract vehicle is set up, contractors who provide administrative support may be required to come to work during a shutdown but may not have anyone to support if their DoD civilian managers are furloughed. Even worse, DoD cannot award any pending contracts until the shutdown ends, delaying work important to the department. Moreover, small contractors awaiting funds from DoD may have concerns about whether they can make payroll during a shutdown.

The majority of DoD civilians and contractors work outside the Washington, D.C., area. A great many of them work in shipyards and maintenance depots, keeping aircraft flying, ships at sea, and ground vehicles on the move. These employees are generally not excepted from a shutdown furlough because they are not immediately engaged in protecting human life or property. But sending them all home for the duration of a government shutdown, or delaying the contracts that enable them to come to work, can have a very real and very negative impact on readiness by delaying badly needed maintenance, creating backlogs that last well beyond the shutdown itself.

Funding the government is Congress’s most basic Article I function. When they fail to do so, the entire nation looks absurdly ineffective, both in the eyes of its own citizens and to foreign observers. With approval ratings already historically low, and public faith in government institutions eroding, Congress cannot afford another shutdown. Nor can the Department of Defense afford the consequences in terms of military readiness and military, civilian, and contractor morale. Most members of Congress understand this dynamic, and consequently they will most likely avoid shutting down the government though another short continuing resolution or a budget deal. However, going down to the wire, as we have so many times in recent years, remains harmful in and of itself.