Since 2000, military pay raises have been either higher than or equal to civilian ones.

As feds anticipate an official White House announcement on the 2018 civilian pay raise, perhaps it is time to look back on pay boosts through the years for both military and civilian federal employees.

President Trump has yet to officially announce a civilian pay raise for 2018, though he authorized a 1.9 percent increase in August. This figure includes a 1.4 percent base increase, and an average 0.5 percent hike in locality pay.

The military, however, appears headed for a bigger boost. Lawmakers increased Trump's proposed 2.1 percent military pay raise to 2.4 percent when passing the fiscal 2018 National Defense Authorization Act in November. Earlier this month, a group of 12 House lawmakers from both parties sent a letter to Trump asking him to grant civilian employees a 2018 pay raise equal to what the military receives.

Check out the pay raise trends in the chart below. 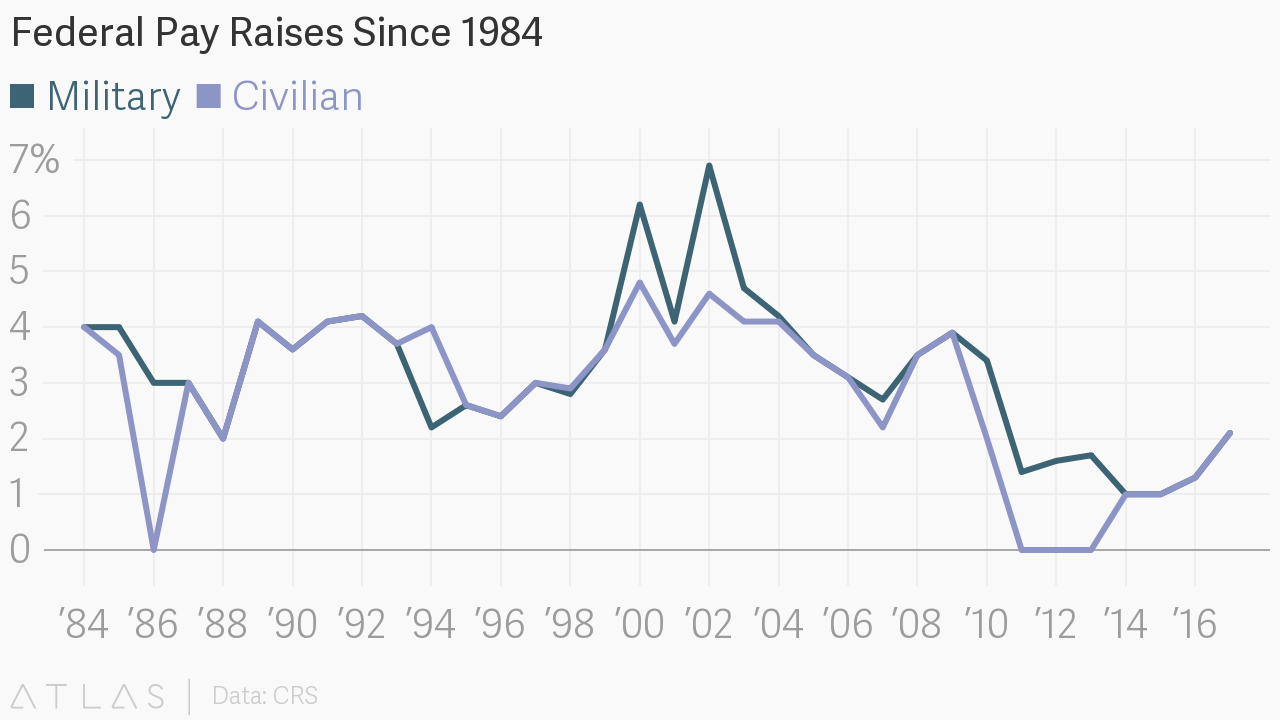 NEXT STORY: Tillerson Promises No Layoffs at State