The federal workforce is getting smarter.

Or at least it is spending more time in school. In supplementary budget documents released Monday, the White House said federal agencies employ between half to two-thirds more “highly educated workers” than private sector firms, depending on the size of the company.

The Obama administration went as far as to note the increase in the federal workforce’s education levels should have resulted in better pay growth over the years relative to the private sector, but that has not happened.

Here are two White House charts that show the rising education levels of the federal workforce since 1992: 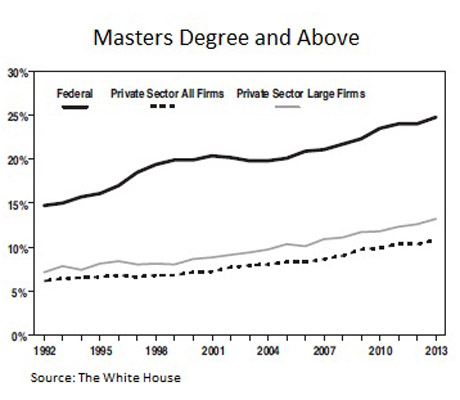 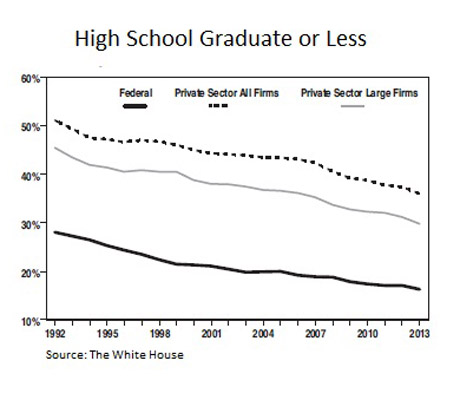