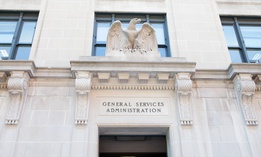 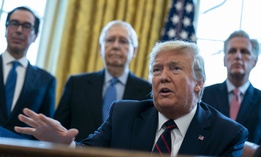 Roughly 10,000 employees could soon have an easier time removing the shackles of temporary employment.

Some workers join the federal service in a temporary job, hoping they can leverage that opportunity into a permanent job.

Oftentimes, however, federal regulations impede employees from moving beyond their temporary role.

A House committee sought to change that this week, approving a measure that would ease the process for certain seasonal federal workers to become permanent employees.

The bipartisan bill would give temporary seasonal employees at land management agencies, such as firefighters at the Forest Service, a leg up when applying for permanent positons. The Land Management Workforce Flexibility Act is sponsored by Reps. Gerry Connolly, D-Va.; Rob Bishop, R-Utah; and Don Young, R-Alaska, and was passed unanimously by the House Oversight and Government Reform Committee on Wednesday.

Currently, temporary seasonal employees at land management agencies can work at most six months per year. They do not receive retirement benefits and their career advancement opportunities are limited. Permanent seasonal employees -- who also only work part of the year but are placed on furlough status rather than being let go completely when their work is not required -- receive all the same (albeit pro-rated) benefits as regular, full-time workers.

Under the legislation, employees on temporary appointment at the Forest Service, Land Management Bureau, National Park Service, Fish and Wildlife Service, Indian Affairs Bureau and Reclamation Bureau would be eligible for internal, merit promotions currently only available to permanent workers. This would benefit roughly 10,000 employees looking to get ahead.

Existing law allows temporary employees to come back to their old positions for further seasonal work through a non-competitive process. They can only do that for the exact same job at the exact same step on the pay scale. This leads to employees getting “stuck” in the same gig, year after year, said Mark Davis, a staffer at the National Federation of Federal Employees, who has advocated for the legislation. Temporary employees often take their jobs to get a foot in the door, but despite developing new expertise, are never able to climb the ladder.

“This is a common-sense fix to that stupidity,” Davis said. He added the current process “ends up being pretty exploitive.”

“This legislation would significantly reduce the costs associated with the high attrition rate in our nation’s temporary seasonal workforce, and enhance the pool of highly-qualified applicants that compete for permanent seasonal positions,” Young said. “It’s truly a win-win situation for our federal land management agencies.”

Connolly, Bishop and others sponsored similar legislation in the last Congress, but the more recent iteration has already advanced farther than its predecessor. Davis is hopeful that as lawmakers get more familiar with the bill, its chances of becoming law will increase.

“It doesn’t cost any money,” Davis said. “Everyone I meet with on the Hill is like, ‘Well that’s a no brainer, we ought to fix that.’ ”

NEXT STORY: Harry Reid Will Not Seek Re-Election in 2016