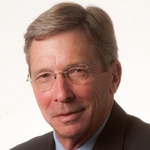 Timothy B. Clark
Editor at Large

What should government do over the next decade? And how should it go about achieving its goals?

The first question is at the heart of the 2020 presidential campaigns, the second a bit less so. But both are important and timely.

That’s why the National Academy of Public Administration spent a year identifying what it calls the 12 Grand Challenges facing the public administration field. NAPA is an organization of professors and deans, senior career federal officials and people who have worked in state and local governments. It has a congressional charter to provide advice on public sector issues.

Remarkably, the committee that framed the Grand Challenges (on which I served) ranged far beyond dry topics of government organization, although they are also addressed in the new NAPA report. We found it impossible to frame how government should be organized without also considering what it should do.

So, for example, the Grand Challenges include making sure that the United States is deeply engaged with the rest of the world, in our economic and national security interests. Fostering social equity is another challenge; the report observes that “a growing divide in income and wealth has left many people behind based on their race, gender or geographic location, and many groups are marginalized or excluded from the political process.” NAPA urges addressing issues such as affordable housing, criminal justice, education and access to technology.

The fiscal health of the federal sector and of state and local governments is also on the list. The huge structural deficit Washington has created is unsustainable, experts agree, and most states haven’t fully recovered from the Great Recession. Thus, NAPA observes, elected officials find they don’t have enough money to meet their campaign promises, or to invest in future growth—with insidious effects on citizens’ trust in government.

Climate change is a problem regions of the country are already trying to address, and one that demands more vigorous action from the public sector, says the report. And in a nod to the mundane but vital topic of water safety and sustainability, it also demands that ways be found to raise the hundreds of billions of dollars needed to ensure water safety and sustainability across the country.

Technology topics make the list as well, as the report suggests more government action to promote data security and personal privacy, and preparation for the coming age of artificial intelligence. “Adversarial AI” is now being used to doctor videos, putting words into the mouths of people who didn’t say them, observed Ramaya Krishnan of Carnegie Mellon University. So public authorities are challenged to aid citizens in identifying misinformation and disinformation—to stem the continuing erosion of trust in what experts and the media report.

Running through the two days of discussion at NAPA’s annual meeting in early November was deep concern about people’s lack of trust not only in government but in established expertise in other fields, notably science. The phenomenon of denying climate change, or challenging the idea that our life choices contribute to it, is all too familiar by now. But that’s far from the only example. For example, while 83 percent of scientists believe that genetically modified food is safe to eat, only 37 percent of the public shares that view. This gloomy data came from Chavonda Jacobs-Young, administrator of the Agricultural Research Service and acting chief scientist at USDA. Continuing innovation, and public acceptance of technological advances, is essential to the task of feeding a world population that’s expected to grow from 7 billion today to 10 billion 30 years from now, Jacobs-Young said.

Trust in municipal water is running low, we learned during one panel meeting. That’s contributing to people’s decisions to buy roughly $20 billion in bottled water per year. And, indeed, there’s reason to worry, panelists said, especially in rural America. It will take up to $1 trillion to fix the problem over the next quarter century, and the solutions entail revised governance arrangements among various levels of government and the private sector.

NAPA wants to play a part in addressing the income divide. It demands more “social equity,” and programs to help the millions of working-age Americans who are not working nor seeking work to gain the skills they need in our rapidly automating economy. Panelists said Congress is taking note of the need: a bill introduced by Sen. Mark Warner, D-Va., would provide for tax-advantaged training savings accounts to promote life-long learning.

Reskilling workers as technology advances is a problem that confronts the federal civil service, and state and local governments as well. Employers can’t afford to give and employees can’t afford to take six months or a year off to get retrained, so better ways  of delivering the training must be developed.

NAPA’s focus has long been on federal issues, and it draws on expertise among its 950 fellows and its staff to help agencies improve their operations. But among the fellowship there’s also a growing impulse to address the many problems confronting state and local governments.

Not the least of these are the debilitating shortages of funds in many communities.

Says the Grand Challenges report, “States and localities account for more than one-third of all government spending. Their finances have only recently recovered from the Great Recession, and they continue to face near-term difficulties due to such factors as rising health care costs. Some states have cut taxes without corresponding spending cuts, while others have increased spending without corresponding revenue increases. Many state and local balance sheets have a time bomb of unfunded pension liabilities that could easily crowd out public investments in such areas as education and infrastructure over the next decade.

“This pressure of long-term structural fiscal trends at all levels of government hinders fiscal democracy, as elected officials have a limited ability to apply funds to the programs for which they promised action when running for office, and makes it more difficult to invest in the future.”  This too, it seems clear, can undermine people’s trust in American democracy.

Money is not the only problem afflicting states and local governments. Another is the growing desire on the part of state legislators to strictly limit the powers of local governments. At a meeting of the academy’s intergovernmental panel, Rep. Gerry Connelly, D-Va., remarked on the 19th century “Dillon Rule” barring local governments from exercising any power not expressly authorized by the states. Fairfax County, the populous Washington suburb, even had to apply to the state for authority to paint the tops of its school buses white, Connelly said. Blanket rules like this, and other anti-home rule decisions in many states--such as successes by the plastic bag lobby in resisting fees on plastic bags, are a growing problem for municipal officials.

Addressing the 12 challenges NAPA identified over the next decade would greatly improve our nation’s prospects. Let’s hope we have the will to succeed.