The House on Thursday approved a package of bills aimed at cracking down on management lapses at the Internal Revenue Service, setting the stage for conflict with the Obama administration, which opposes most of the legislation. Also on Thursday, the tax agency released final numbers on the 2016 filing season.

A bill that would tie IRS employee bonuses to measureable improvements, sponsored by Rep. Pat Meehan, R-Pa., passed 260-158. Another bill to prevent the agency from re-hiring past employees who were terminated for misconduct, sponsored by Rep. Kristi Noem, R-S.D., passed 345-78.

The other bills would bar the IRS from hiring tax delinquent employees, forbid the agency from using fee revenue to fund unrelated programs, and require it to print certain tax forms. A bill relating to the controversies over alleged political bias in the agency’s tax-exempt division over the past several years, sponsored by Rep. Rick Allen, R-Ga., would prohibit use of IRS funds “to target citizens of the United States for exercising any right guaranteed under the First Amendment to the Constitution of the United States.”

Ways and Means Committee Chairman Kevin Brady, R-Texas, hailed the passage of all six. “When American taxpayers send a significant portion of their hard-earned paychecks to the IRS every year, they deserve high-quality customer service and the assurance that their dollars will be spent appropriately,” he said in a statement. “The six commonsense proposals we passed this week will make the IRS more efficient, more accountable, and more professional."

The agency processed 124.6 million tax returns when filing season ended on Monday. The total number of returns processed declined by 4.9 percent as the number received fell by 5.8 percent. The number of self-prepared returns fell by 3.4 percent.

Lawmakers were critical of the IRS at a Tuesday Ways and Means subcommittee hearing. Chairman Peter Roskam, R-Ill., took the agency to task for not doing enough to combat identity theft. “Fraud related to identity theft is growing at an alarming rate—it’s a serious crime that hurts millions of Americans and costs the government billions of dollars.”

Internal Revenue Commissioner John Koskinen described progress to the panel. “Thanks to the work of our Criminal Investigation Division, about 2,000 individuals have been convicted on federal charges related to refund fraud involving identity theft over the past few years,” he said. “We currently have about 1,700 open investigations being worked by more than 400 IRS criminal investigators.”

Using filters that flag suspicious returns, he added, the agency stops many fraudulent ones before checks are issued. “Using those filters, we stopped 1.4 million returns last year that were confirmed to have been filed by identity thieves,” he said.

On Thursday, an interim report on the 2016 filing season from the Treasury Inspector General for Tax Administration reinforced the notion of progress. As of March 5, the agency had identified 42,148 tax returns claiming $227 million in fraudulent refunds, of which $181 million—nearly 80 percent—was caught before refunds were issued, the report said.

As of Feb. 29, TIGTA added, the IRS had locked the accounts of approximately 30.4 million deceased taxpayers, thus blocking another avenue for theft.

Resource limitations, however, have reduced the amount of time auditors can spend scrutinizing the accounts of large corporations, according to a new study by the Transactional Records Access Clearinghouse at Syracuse University.

“Very timely enforcement information obtained from the Internal Revenue Service shows that total revenue agent audit hours aimed at larger corporations—those with $250 million or more in assets—dropped by more than one third (34 percent)” from 2010 to 2015, the study said. “In the same period, the resulting additional taxes the agents uncovered that has been lost to the government dropped by almost two thirds (64 percent)—from $23.7 billion down to $8.5 billion.”

The correlation between audit hours and actual fraud is not direct, the analysts noted. But “unless there has been a dramatic improvement in the way big corporations complied with complex requirements of the tax laws over the fiscal 2010-2015 period, this would mean that the potential loss to the government now amounts to at least $15 billion per year.” 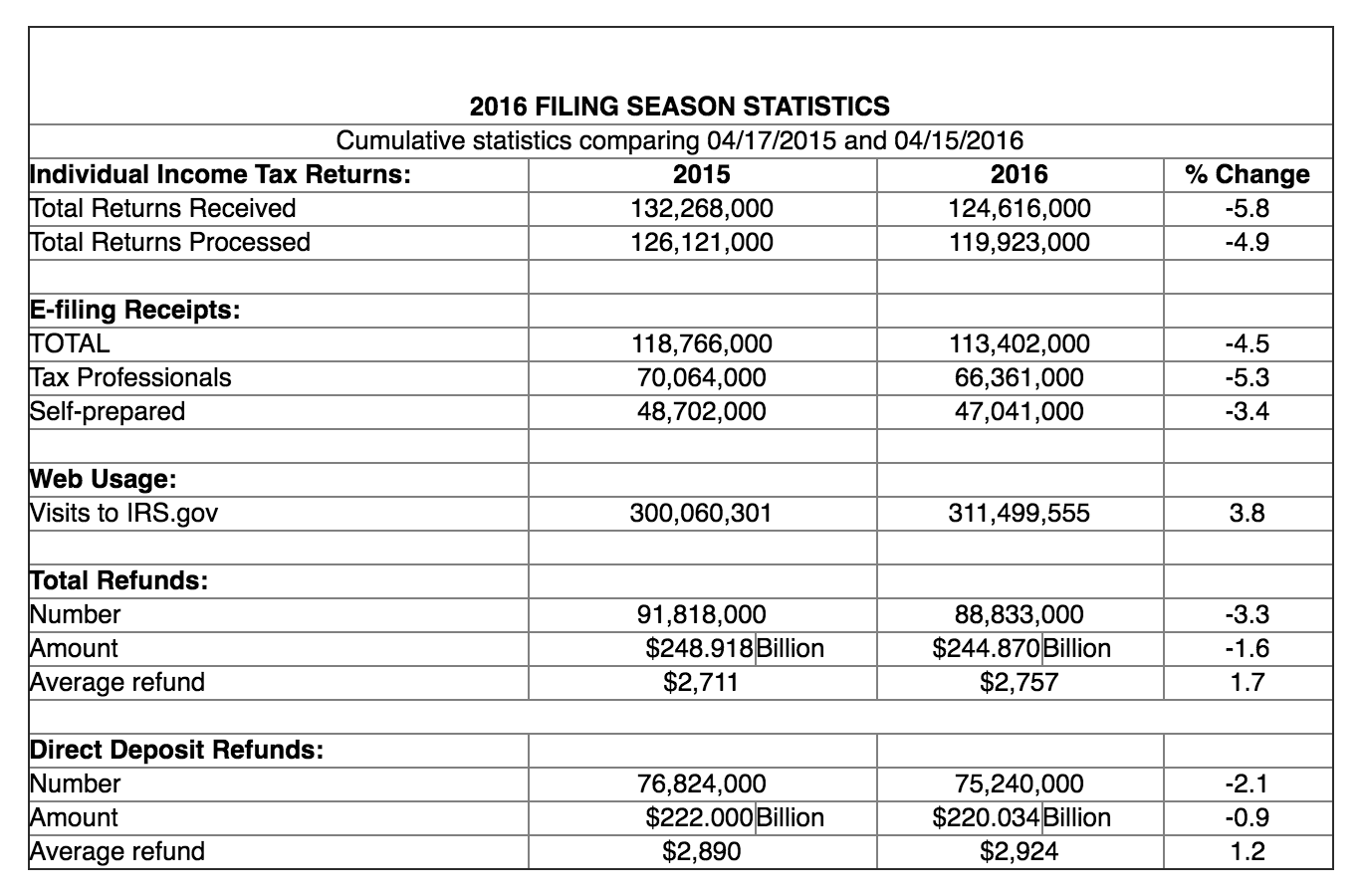