Management
A Moment of Risk and Opportunity in Cuba 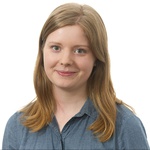 Rain greeted President Obama when he landed in Cuba on Sunday aboard Air Force One, but bad weather couldn’t keep the crowds away.

“Even in the rain yesterday, the downpour, people were lining the streets under umbrellas and waving,” Senator Amy Klobuchar, a Minnesota Democrat traveling as part of a U.S. delegation with the president in Cuba, said in an interview. “There’s just very much much excitement of the acknowledgment of an American president visiting for the first time since Calvin Coolidge … They were waiting to see the arrival of the president.”

The president’s trip to the country is the continuation of a gradual thaw between the United States and Cuba. Obama announced last year that the U.S. embassy in Cuba would reopen after being shuttered for more than 50 years. Then, on Monday, the president met with Cuban leader Raul Castro in Havana. Advocates of breaking down barriers between the two nations are celebrating the occasion and seizing on it to argue that the United States and Cuba will benefit from closer ties. Cuba has prepared for the visit by paving roads and repainting buildings. The crowds that lined up to see the president arrive suggest that Cubans greet these developments with excitement.

For all the potential of the moment, however, it is impossible to know such a seismic shift in diplomatic relations will ultimately shake out.

“They have a basic, beautiful city here, but as we know, a lot of the infrastructure is decayed and it still is, and that’s why we need more private investment and a different kind of economic system,” Klobuchar said, making a case for ending the long-standing U.S.-Cuba trade embargo. The senator added that as more American tourists visit Cuba, business people are saying: “‘Boy, we’re booked. We need to have more restaurants, and we need more products.’” Klobuchar warned, “If we don’t lift the embargo, then pretty soon other companies from other countries will move in, and they gonna be eating food from China and sleeping in hotels from Spain.”

“The embargo’s going to end,” Obama declared on Monday, adding: “When? I can’t be entirely sure, but I believe it will end.” Ultimately, however, that will take an act of Congress, and there are indications that U.S. lawmakers are in no hurryto undo the longstanding economic restrictions.

There is evidence of public support for the ongoing thaw. As my colleague Marina Koren wrote, “[S]urveys of Cuban Americans show the majority support the administration’s efforts to normalize relations between the two countries,” while “surveys of Cuban citizens suggest an overwhelming majority believe a better relationship with the U.S. would benefit Cuba.”

But there are also plenty of dissenting voices. Dozens of anti-government protesters were arrested by police in Havana just hours ahead of the president’s arrival on Sunday. And critics of the White House are lining up to protest Obama’s visit in their own right. “Obama has chosen to legitimize the corrupt and oppressive Castro regime with his presence on the island,” Republican presidential candidate Ted Cruz argued in a Politico op-ed. “Political prisoners languishing in dungeons across the island will hear this message: Nobody has your back. You’re alone with your tormentors. The world has forgotten about you,” Cruz wrote, warning of the dangers of a diplomatic détente.

Cuba is in a period of transition. It remains unclear who will benefit the most from America’s closer ties with the island nation—Cuba with new jobs and new capital or the United States with a new market? Who will lose out? Will aspects of Cuban culture be lost or disappear entirely if American influence continues to expand? But as the differences between Klobuchar and Cruz suggest, achieving the congressional consensus necessary to advance that transition remains a heavy lift.

NEXT STORY: Just Having a Picture of Plants at Your Desk Will Make You Calmer at Work