The greatest challenge is the first 15 seconds. 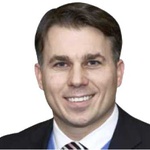 My experience has proved that if I can get 15 seconds, I can extend it to 90 and turn it into 15 minutes that will result in a continued relationship. My life and success has been characterized by such challenges. A string of experiences where the greatest challenge is the first 15 seconds.

Imagine you could be guaranteed 15 seconds with someone who could be critically important to furthering your life or career, how can you grab their attention to have a meaningful contact and the opportunity to entice them into a continued relationship? Is our ability to gain someone’s attention simply a function of our personality?

Humans do not fully control the focus of their attention. When there is an accident on the highway, traffic slows and it draws the attention of the masses. When we think we hear our name in a crowd, it draws our attention away from whatever we’re focused on. Such is the function of the reticular activating system, also known as the extrathalamic control modulatory system.

The RAS acts as a filter for the 2 million bits of information received by the human senses every second. It determines whether the information gains our conscious attention or goes into our unconscious mind.

Physiologists and neuroscientists first asserted the existence of such a structure deep within the brain in the 18th and 19th centuries. Through a series of experiments in the mid-20th century, neuroscientists began to clarify the functions of the RAS. Today, experts in neuro linguist programming have identified proven methods through which anyone is capable of gaining the attention of another through activating the RAS.

The six general categories of information that engage the RAS are:

With knowledge of the six categories of information that stimulates the RAS, you can then plan your conversation and questions in advance to leverage this fundamental of neuroscience.

To do so, first consider the environment in which the conversation will take place. In such an environment do people generally engage with each other? If people do not generally engage with others in such an environment, then ask yourself what could be used to break the ice. An icebreaker should be employed in an environment without a situational imperative that establishes the basis for strangers to be meeting each other. Nicholas Boothman, in his book How to Connect in Business in 90 Seconds or Less, discusses how using an icebreaker can be effective at preventing an initial negative response, an instinctual reaction based on fight, flight, or freeze. After you’ve determined an opening line work through what you might expect of the conversation in that context. What kind of questions you may expect to ask and receive? In turn, approach them in a novel way. Easier said than done.

The overwhelming majority of initial conversations cover the same ground. Annette Simmons, in her book The Story Factor, writes about how there should be six stories in your story toolkit that you should be prepared to address. Two of these most fundamental stories are “Why I am here” and “Who I am.”

If you know you can expect to ask and be asked questions on such topics, how might you prepare in advance to address these topics in a novel way?

In her book How to Talk to Anyone: 92 Little Tricks for Big Success in Relationships, Leil Lowndes describes one such technique. She recommends people respond to questions with novel answers that beg continued questions and propel conversations. When someone asks where you are from, instead of responding with the exact location consider responding with a description that will in turn engage the RAS.

Through knowledge of the categories of information that activate the RAS you’ll likely recognize them everywhere, most every advertisement for cosmetic products leverages fundamentals of RAS. You’ll likely even recognize it in yourself and understand why some content is so effective at engaging your own attention.

Hopefully, when given 15 seconds that is important to your life or career, if nothing else, you’ll maintain positive attention.

Randall Trani, a career civil servant at the Defense Intelligence Agency, Army veteran and former diplomat, attends Harvard University’s John F. Kennedy School of Government. Connect on Twitter @randall_trani. The views expressed are his own and do not represent the views of DIA or any other government agency.

NEXT STORY: The Whistleblower Who Won’t Go Away