Stand-ins take center stage at run through of inauguration. 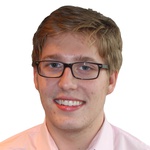 President Barack Obama might have been beaten to the punch.

On Sunday, Air Force Staff Sgt. Serpico Elliott got a chance to briefly walk in his commander-in-chief’s shoes: from inside the Capitol down to the presidential podium for the inaugural dress rehearsal. The stand-in first lady – 20-year-old Army Spc. Delandra Rollins – was at his side, holding a leather office folder as a Bible prop and smiling for the cameras.

Band music blared over the loudspeakers as the two entered, and thousands of empty folding chairs greeted them on the Capitol lawn. The Mall was dead as well, as fences quarantined off large sections where between 600,000 and 800,000 people are expected to descend Jan. 21 for the public swearing in ceremony.

“It was amazing,” Elliott said. “It was good to see … down on it instead of the outside looking in.”

Inauguration planners made the couple stand completely still for several minutes, marking the position of their feet on the stage and tweaking the angles for television crews and photographers on the risers.

Each branch of the military was asked to submit nominations for rehearsal stand-ins. After meeting both contenders separately, the committee chose Elliott and Rollins because of their striking similarity to the Obamas. Elliott and Obama both are slightly taller than 6 feet. Elliott has never met the president.

Marine Master Sgt. Richard Bolin and Coast Guard Chief Petty Officer Rachel Washko stood in for Vice President Joe Biden and his wife, Jill Biden, but were not chosen based on their appearances.

About 2,500 members of the armed service are scheduled to participate on Inauguration Day for both celebration and support services, Air Force Brig. Gen. Jim Scanlan, deputy for inaugural support, said.

Scanlan said the committee started planning for the ceremony more than a year ago, combing through footage of past inaugurations to get ideas and to see what previous committees could have done better.

The massive stage, which has been under construction since September, is nearly finished except for pieces of blue painters’ tape still clinging to the hand railings.

Obama will take the oath of office officially Jan. 20, as the Constitution requires, in a private White House ceremony. The public ceremony was postponed to Jan. 21 when Jan. 20 fell on a Sunday.

After the rehearsal ended, Elliott said the honor made him more nervous than excited.

NEXT STORY: 'No Labels' Adds Washington Muscle to Reform Washington