Defense
Viewpoint: Take the Confederate Names Off Our Army Bases

It is time to remove the names of traitors like Benning and Bragg from our country’s most important military instillations. 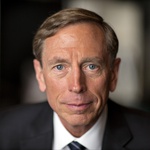 As I have watched Confederate monuments being removed by state and local governments, and sometimes by the forceful will of the American people, the fact that 10 U.S. Army installations are named for Confederate officers has weighed on me. That number includes the Army’s largest base, one very special to many in uniform: Fort Bragg, in North Carolina. The highway sign for Bragg proclaims it Home of the Airborne and Special Operations Forces. I had three assignments there during my career. Soldiers stationed at Bragg are rightly proud to serve in its elite units. Some call it “the Center of the Military Universe,” “the Mother Ship,” or even “Hallowed Ground.” But Braxton Bragg—the general for whom the base was named—served in the Confederate States Army.

The United States is now wrestling with repeated instances of abusive policing caught on camera, the legacies of systemic racism, the challenges of protecting freedoms enshrined in the Constitution and Bill of Rights while thwarting criminals who seek to exploit lawful protests, and debates over symbols glorifying those who fought for the Confederacy in the Civil War. The way we resolve these issues will define our national identity for this century and beyond. Yesterday afternoon, an Army spokesperson said that Secretary of the Army Ryan McCarthy is now “open to a bipartisan discussion” on renaming the bases. That’s the right call. Once the names of these bases are stripped of the obscuring power of tradition and folklore, renaming the installations becomes an easy, even obvious, decision.

My life in uniform essentially unfolded at a series of what might be termed “rebel forts.” I made many parachute jumps with the 82nd Airborne Division at Fort Bragg, and I also jumped with 82d Airborne paratroopers at Fort Pickett, in Virginia (a National Guard post), and Fort Polk, in Louisiana. I made official visits to Virginia’s Forts Jackson and Lee, to Texas’s Fort Hood, and to Alabama’s Fort Rucker. In Georgia, I visited Fort Gordon, and I attended Airborne School, Ranger School, and the Infantry Officer Basic Course—rites of passage for countless infantry soldiers—at Fort Benning. At the time, I was oblivious to the fact that what was then called the “Home of the Infantry” was named for Henry L. Benning, a Confederate general who was such an enthusiast for slavery that as early as 1849 he argued for the dissolution of the Union and the formation of a Southern slavocracy. Fort Benning’s physical location, on former Native American territory that became the site of a plantation, itself illustrates the turbulent layers beneath the American landscape.

It would be years before I reflected on the individuals for whom these posts were named. While on active duty, in fact, I never thought much about these men—about the nature of their service during the Civil War, their postwar activities (which in John Brown Gordon’s case likely included a leadership role in the first Ku Klux Klan), the reasons they were honored, or the timing of the various forts’ dedications. Nor did I think about the messages those names sent to the many African Americans serving on these installations—messages that should have been noted by all of us. Like many aspects of the military, the forts themselves were so shrouded in tradition that everything about them seemed rock solid, time tested, immortal. Their names had taken on new layers of meaning that allowed us to ignore the individuals for whom they were named.

In the course of their professional development, soldiers often study the tactical and operational skills of leaders who fought for dubious causes. Learning how to win a particular kind of battle is different than learning how to win a war. Intellectual appreciation of a given general’s tactical genius, however, should not become wholesale admiration or a species of devotion. When I was a cadet at West Point in the early 1970s, enthusiasm for Generals Robert E. Lee and Stonewall Jackson was widespread. We were not encouraged to think deeply about the cause for which they had fought, at least not in our military history classes. And throughout my Army career, I likewise encountered enthusiastic adherents of various Confederate commanders, and a special veneration for Lee.

It also happens that—Lee and Jackson excepted—most of the Confederate generals for whom our bases are named were undistinguished, if not incompetent, battlefield commanders. Braxton Bragg, for example, left a great deal to be desired as a military leader. After graduating from West Point in 1837, he served in the Second Seminole War and the Mexican War. His reputation for physical bravery was matched by one for epic irascibility. Bragg’s temper was so bad, Ulysses S. Grant recounted in his memoirs, that an old Army story had a superior once rebuking him, “My God, Mr. Bragg, you have quarreled with every officer in the army, and now you are quarrelling with yourself!” Bragg’s inability to cooperate diluted his effectiveness until his resounding defeat at the Battle of Chattanooga, in November 1863, precipitated his resignation from the Confederate army.

Had Bragg, like most of the rebel honorees, not been elevated by the effort to memorialize the “Lost Cause”—promoted by organizations such as the United Daughters of the Confederacy as well as by some sympathetic historians—he would probably have been consigned to historical obscurity.

Fort Bragg and most of the other posts in question were established either during World War I, at one peak of the Lost Cause movement, or in the early 1940s, as the country was feverishly gearing up for World War II. Army leaders, to say nothing of political figures at the time, undoubtedly wanted to ingratiate themselves with the southern states in which the forts were located. They bowed to—and in many cases shared—the Lost Cause nostalgia that also sponsored so much civilian statuary, street naming, and memorial building from the end of Reconstruction through the 1930s, when the trend tapered off but did not end completely. In many cases, the Army’s sentiments simply mirrored those of the society it served.

For an organization designed to win wars to train for them at installations named for those who led a losing force is sufficiently peculiar, but when we consider the cause for which these officers fought, we begin to penetrate the confusion of Civil War memory. These bases are, after all, federal installations, home to soldiers who swear an oath to support and defend the Constitution of the United States. The irony of training at bases named for those who took up arms against the United States, and for the right to enslave others, is inescapable to anyone paying attention. Now, belatedly, is the moment for us to pay such attention.

It gives me considerable pause, for example, to note that my alma mater, West Point, honors Robert E. Lee with a gate, a road, an entire housing area, and a barracks, the last of which was built during the 1960s. A portrait of Lee with an enslaved person adorns a wall of the cadet library, the counterpoint to a portrait of Grant, his Civil War nemesis, on a nearby wall.

Lee’s history is, in fact, thoroughly woven through that of West Point and the Army. Before he was the commander of the Confederate Army of Northern Virginia, Lee was an outstanding cadet, a distinguished chief of engineers in the Mexican War, and later the West Point superintendent. I do not propose that we erase his role in this history. We can learn from his battlefield skill and, beyond that, from his human frailty, his conflicting loyalties, and the social pressures that led him to choose Virginia over the United States. If we attempt to repress the fact of his existence from our institutional memory, we risk falling into the trap of authoritarian regimes, which routinely and comprehensively obliterate whole swaths of national history as if it never happened at all. What distinguishes democracies is their capacity to debate even the most contentious issues vigorously and in informed, respectful, deliberate ways and to learn from the errors of the past. But remembering Lee’s strengths and weaknesses, his military and personal successes and failures, is different from venerating him.

Confederate memorialization is only the most obvious expression of formerly acceptable sentiments now regarded critically by many Americans. Once unreservedly celebrated figures like Thomas Jefferson, Theodore Roosevelt, and Woodrow Wilson, to name just three, held convictions and behaved in ways we now find deeply troubling. It is indicative of the complexity of the problem that while the stained-glass window honoring Robert E. Lee in the National Cathedral in Washington, D.C., was removed, that of Wilson, an ardent segregationist, remains (after a healthy debate).

But Confederates leaders are different from these other examples not simply in degree, but in kind: Plainly put, Lee, Jackson, Bragg, and the rest committed treason, however much they may have agonized over it. The majority of them had worn the uniform of the U.S. Army, and that Army should not brook any celebration of those who betrayed their country.

A long-standing maxim for those in uniform that one should never begin a war without also knowing how to end it. And this is a kind of war—a war of memory. The forts named for Confederate generals were established before the formulation of the rules now codified in Army Regulation 1-33, which sets the criteria for memorializing soldiers. But, as is so often the case when the Army is found to have fallen short of its elemental values, it also possesses the remedy. While the regulation states, “Rememorializing or rededicating actions are strongly discouraged, and seldom appropriate,” it also outlines a clear administrative process to follow when they are. This is the moment to pursue that process.

We could probably disqualify the rebel generals on a technicality: After all, none of them were actually in the U.S. Army when they performed the actions for which they were honored. Nonetheless, I would prefer to disqualify them on the grounds that they do not meet the letter or spirit of the regulation’s second criterion: “Memorializations will honor deceased heroes and other deceased distinguished individuals of all races in our society, and will present them as inspirations to their fellow Soldiers, employees, and other citizens.”

The magic of the republic to which many of us dedicated our professional lives is that its definition of equality has repeatedly demonstrated the capacity to broaden. And America’s military has often led social change, especially in the area of racial integration. We do not live in a country to which Braxton Bragg, Henry L. Benning, or Robert E. Lee can serve as an inspiration. Acknowledging this fact is imperative. Should it fail to do so, the Army, which prides itself on leading the way in perilous times, will be left to fight a rear-guard action against a more inclusive American future, one that fulfills the nation’s founding promise.

NEXT STORY: The US Army Has Grounded the Two Pilots Who Flew Low Over DC