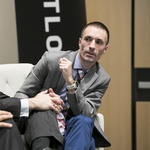 The Homeland Security Department last week asked the Pentagon to send 1,000 more troops to the U.S.-Mexico border, on top of the roughly 5,000 already there, including about 3,000 from the active duty and 2,100 from various National Guard units.

The new request specifically taps Texas National Guard units, and Republican Gov. Greg Abbott is on board — as he indicated in late June. The Pentagon, however, has not publicly decided; but few observers see any reason the department will decline the request.

The additional troops would “provide supplemental holding and Port of Entry enforcement support to [Customs and Border Protection personnel] within the State of Texas,” according to a Monday statement from the Defense Department.

“The Guard members will help manage CBP-run holding facilities for single, adult migrants in the towns of Donna, on the eastern end of the border with Mexico, and Tornillo, which is in the middle of the border,” Agence France Presse reports. “They will also provide support at ports of entry and commercial airports in El Paso and Laredo, in order to improve border security and traffic flow.”

For the record, “223,263 people were detained in the Rio Grande Valley sector between October 2018 and May 2019, up 124 percent from the same period a year earlier,” AFP writes, citing CBP stats. And so far this fiscal year, “90% of apprehensions [in the sector] are from countries other than Mexico,” according CBP stats released Monday.

More than 50 U.S. Army units already deployed to the border, as listed in this datatable posted by Military Times back in March.