The defense acquisition undersecretary is looking to rapid capabilities offices as models for more formal programs. 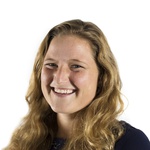 “Now that’s a first step, I would like to be on record to say,” Lord told this Senate Armed Services Committee.

There are various ways to measure how slowly the defense acquisition process moves, but whichever one you pick, Lord’s goal is ambitious. Sen. Mike Rounds, R-S.D., noted that it can take the Pentagon long enough to acquire new technology that it can be out-of-date by the time the contract is signed. Rounds pegged the process at about two and a half years. Any project with software in it — be it a cellphone or high-end military capability — is likely going to evolve into its next iteration in that time, let alone before troops get their hands on it.

Holding up his own phone, Rounds said, “This is basically out-of-date after a year and a half. My question to you: When you’re all said and done…what’s your goal for getting the acquisition process down from a two-and-a-half-year time period for the Pentagon acquisition?”

It would take only a week or two at most to buy a phone on the commercial market, he added, joining a long line of lawmakers and defense officials alike who have pointed in dismay to the disparity between procurement timelines in the private sector and the military.

“We’re looking at what rapid capabilities offices have done, and frankly, as we organize AT&L into [two departments], what we’re doing is basically trying to scale the behaviors, the processes, or the lack thereof, that we’ve seen in these different groups,” she said.

She’s also drafting a modernization strategy to zero in on top acquisition priorities and better coordinate the department’s investments into new technologies.

And if programs don’t start moving quickly enough, Lord hinted she’s not reluctant to shake things up. Committee Chairman Sen. John McCain, R-Ariz., repeatedly asked Lord if she could point to anyone held accountable for botched acquisition programs in recent memory. She said she wouldn’t discuss individual human resource decisions in such a public venue, but that doesn’t mean things won’t happen behind the scenes if necessary.

“I will take action if there are issues, no question about it,” she told reporters after the hearing. “I’m not sure if you’re aware of it but there are constraints when you come into a government job that you cannot move anybody for 120 days. And if you check on my 120 days, it was just very recently… I think you should expect to see some movements.”