She is 'puzzled' and found it 'odd' that Snowden fled the country. 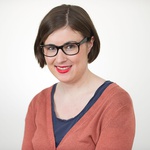 Speaking at the University of Connecticut on Wednesday night, Hillary Clinton made a restrained but nonetheless damning attack against Edward Snowden.

At the event, an interviewer asked Clinton whether she thought the former National Security Agency contractor's disclosures about its domestic spying programs had any positive effects on American security policy or public discourse.

Without ever explicitly mentioning the NSA's spying programs, Clinton justified their utility in protecting the U.S. from another terrorist attack in the wake of 9/11.

"People were desperate to avoid another attack, and I saw enough intelligence as a senator from New York, and then certainly as secretary [of State], that this is a constant—there are people right this minute trying to figure out how to do harm to Americans and to other innocent people," Clinton said. "So it was a debate that needs to happen, so that we make sure that we're not infringing on Americans' privacy, which is a valued, cherished personal belief that we have. But we also had to figure out how to get the right amount of security."

As for Snowden's role in exposing the NSA programs, Clinton insinuated that she found his motives suspicious.

"When he emerged and when he absconded with all that material, I was puzzled because we have all these protections for whistle-blowers. If he were concerned and wanted to be part of the American debate, he could have been," she said. "But it struck me as—I just have to be honest with you—as sort of odd that he would flee to China, because Hong Kong is controlled by China, and that he would then go to Russia—two countries with which we have very difficult cyberrelationships, to put it mildly."

Let's take a moment to parse Clinton's language here. She didn't call Snowden a traitor, or plainly say that him leaving the country made her suspicious. In American politics, it's never good to come right out and accuse someone of wrongdoing—you can just say you're "confused" or "puzzled" by their actions. In the same way, "odd" or "strange" often serve as semantic placeholders for "bad." Just ask Rep. Paul Ryan, who abruptly ended a television interview in 2012 after an unwelcome remark about tax cuts, then told his interviewer, "That was kind of strange. You trying to stuff words in people's mouths?"

Clinton stressed the strangeness of Snowden's decision to flee to countries that have perpetrated cyberattacks against the U.S. She noted that when State Department officials would travel to Russia or China on diplomatic business, they would leave their cell phones aboard the plane with their batteries taken out. "It's not like the only government in the world doing anything is the United States," she said.

"I think turning over a lot of that material—intentionally or unintentionally—drained, gave all kinds of information, not only to big countries, but to networks and terrorist groups and the like. So I have a hard time thinking that somebody who is a champion of privacy and liberty has taken refuge in Russia, under Putin's authority."

With sarcasm creeping into her voice, Clinton implied that Snowden acted all too friendly toward Vladimir Putin, whose country has been harboring Snowden since last August.

"And then he calls in to a Putin talk show and says, 'President Putin, do you spy on people?' And President Putin says, 'Well, from one intelligence professional to another, of course not.' 'Oh, thank you so much!' I mean really. I don't know, I have a hard time following it."

It will be interesting to contrast Clinton's remarks with Sen. Rand Paul's when he speaks at Harvard University on Friday afternoon. In all likelihood, he'll rehash the same jokes he made when he spoke at Berkeley in March about the NSA listening in on his cell-phone conversations. Meanwhile, Bill Clinton has called Snowden an "imperfect messenger" for bringing the debate about privacy versus national security to the fore.

Both Hillary Clinton and Paul are trying to win over college students to their philosophy. If applause decibels are any indication, though, students favor lionizing the whistle-blower over shaming him.

NEXT STORY: He Hunted Osama bin Laden, He Breaks Into Nuclear-Power Plants