It’s all part of the agency’s ongoing efforts to modernize the services it provides. 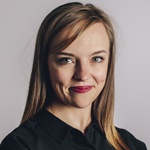 The Federal Aviation Authority is discontinuing a nonstop broadcast service that’s been keeping pilots aware of dangerous weather during flights since the early 1980s as part of the agency’s efforts to update and streamline its services.

According to a final decision notice set to be published in the Federal Register Monday, the FAA will end the Hazardous Inflight Weather Advisory Service, or HIWAS, in early January. The move comes after the agency received aviation-stakeholder feedback on the decision and held a safety-focused panel to address concerns that were raised about it earlier this year.

“Demand for inflight services has diminished since the inception of HIWAS while access has never been greater, which indicates that pilots are migrating to other means of obtaining inflight weather advisories,” agency officials wrote in the notice. “Multiple sources are available that provide access to weather and aeronautical information to pilots in the cockpit, often presented in a graphical format, making it easier to visualize what is going on along the route of flight.” HIWAS was launched three decades ago to offer pilots in-flight access to information about relevant hazardous weather without having to communicate with flight service specialists. It’s nonstop and operates over a limited nationwide network of VORs—Very High Frequency Omni-Directional Ranges, which are aircraft short-range radio navigation systems. But in the internet age, pilots now have access to multiple (and more advanced) sources to the same information HIWAS offers.

In 2018, the agency announced its intent to decommission the system, and in the impending notice coming next week, officials outline the contents of the 27 comments it received. Of those, 13 responses were neutral or positive, and three were deemed inapplicable. Of the remaining comments, the agency notes that “a number of them focused on technology and the inability of pilots to obtain weather [information] from alternate sources,” and some commenters also “cited costs, aging aircraft, and lack of infrastructure as reasons to retain the broadcast.”

FAA also notes that a number of respondents—including the Aircraft Owners and Pilots Association—raised serious concerns around safety and expressed fear that pilots may not be able to obtain crucial information during unexpected, hazardous weather without the legacy system. AOPA’s Senior Director of Government Affairs Rune Duke shared the association’s comments with Nextgov Friday and explained that the agency collaborated with AOPA officials and other key figures in the aviation industry, “to fully evaluate the concerns with discontinuing this long existing weather service.”

In the comments, the association references a flight service survey it conducted in 2016, in which 13% of pilots answered that they frequently or always access the HIWAS, as well as a weather survey from 2018, in which 14% of pilots believed that the removal of the service “would have a negative impact on their ability to access weather information.” In the letter, Duke made a variety of proposals for the agency to consider ahead of halting the system and urged officials to evaluate all the potential risks ahead of the move.

“Weather accidents are the most consistently fatal for general aviation and reducing the weather information available to pilots should not be undertaken lightly,” Duke wrote.

In February of this year, FAA held a Safety Risk Management Panel to meet with AOPA officials and other concerned stakeholders and commenters about the proposal. The meeting ended with participants being “unanimous in their opinion that removing the legacy service” would not catalyze additional risks, the agency said. Regarding the decision, Duke told Nextgov that general aviation pilots are now taking advantage of next-generation services and have “embraced the far more advanced weather capabilities” that are provided by Flight Information Services—Broadcast, or FIS-B, which the FAA said it instituted to replace the old system.

“After thorough analysis of the utilization of HIWAS, a safety risk assessment, and a review of the FAA’s planned VOR decommissioning’s, we agreed that HIWAS was no longer necessary,” he said.

The system will discontinue on Jan. 8.

NEXT STORY: The Mystery at the Center of the Solar System