Former President Clinton excites the base in rallies across his home state. Will it be enough to save Mark Pryor? 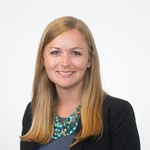 The 42nd president of the United States returned home Monday to deliver a pair of rousing speeches on behalf of endangered Sen. Mark Pryor and his fellow Arkansas Democratic candidates, making an argument that was half a get-out-the-vote plea and half a broad rebuke of what he described as obstructionist Republican candidates. He'll speak at two more rallies today.

Clinton's message that Arkansans should "vote their heart" serves as a closing argument for Pryor, who has fallen behind GOP Rep. Tom Cotton in most recent polling, and also for the broader Democratic coalition this fall as the party hopes to hang onto its control of the Senate.

As Republicans have worked to use President Obama's low popularity in the state to nationalize the race, Clinton dismissed the notion that Arkansans should cast a "protest" vote against Obama in November.

"They want you to make this a protest vote," Clinton said of the GOP. "All three of these races, they're saying, 'You may like these guys—but, hey, you know what you've got to do, you've got to vote against the president. After all, it's your last shot.' It's a pretty good scam, isn't it?"

"Give me a six-year job for a two-year protest, that's Mark Pryor's opponent's message," Clinton said, referring to Cotton.

Clinton comes to Arkansas in a year when Democrats are struggling to survive here. Pryor is the last Democrat left in the state's congressional delegation; former U.S. Rep. Mike Ross, who is running to succeed popular Democratic Gov. Mike Beebe, is trailing in the polls against Republican Asa Hutchinson. The former president's four events—two on Monday, two today—sought to both present a strong argument for Democrats in a state where they're struggling and to energize the party's base in a year when Democratic turnout is crucial.

Clinton framed the main contrast between Pryor and the other Democrats on the ticket an Republicans as one between bipartisan team players and obstructionist, "my way or the highway" politicians.

"Mike Ross and Mark Pryor have proven that they will work with anybody to get something done—and that they hate inaction and gridlock and shutting the government down and not anybody doing anything for anybody else," he said, in a reference to the GOP's 2013 shutdown of the federal government.

Clinton is the rare Democratic surrogate whose presence could actually move the dial this fall, and nowhere is that more true than his home state of Arkansas. As polling momentum has shifted toward Cotton, national Democrats are pulling out all the stops to save Pryor—and in turn, Democratic control of the Senate.

And in a year where the deeply unpopular Obama isn't welcome on the campaign trail in many key races, Democrats around the country—and especially here—can't get enough of Bill. The Clintons are an institution here: Clinton's presidential library is in Little Rock; visitors to the state fly into Bill and Hillary Clinton National Airport; the Clintons visit frequently and still maintain strong ties to the state. In his speeches, Clinton sought to stress those ties, noting that he's due to attend his 50th high school reunion, name-dropping friends and former supporters and reminiscing about knowing Ross since he was "a teenager."

"And in the end, it's Mark Pryor who's on the ballot, not Bill Clinton," Cotton said.

But Clinton has a knack for being a better advocate for the candidates he supports than they are for themselves. Clinton's defense of Obama's economic policies completely reframed the debate and was seen as the strongest argument for an Obama second term that year—including the messaging from the Obama campaign itself. In this case, Clinton was framing the argument for Democrats who are seeking to underscore their independence and avoid being brought down by Obama's unpopularity.

"In terms of being able to break down issues and explain it to everyday Americans and Arkansans, there's nobody better than Bill Clinton," said Michael Cook, a longtime Democratic strategist and former executive director of the state Democratic Party. "That's why he has that nickname of 'Explainer-in-Chief,' because sometimes in just one sentence he can set up a whole argument."

Clinton referenced his 2012 speech Monday, saying the economy is improving even if regular Americans don't quite feel its effects yet.

"Yeah, the economy's coming back, but nobody knows, because you don't feel it," he said. "Remember what I said two years ago in Charlotte: Financial crises take an average of 10 years to get over. We just crossed over and we're now creating more jobs above where we were before the crisis. Six years—four years ahead of the global average."

Just as important as messaging, Clinton's presence at home in the Natural State is a reminder of just how important turnout and field operations are for Democrats in races like this one.

"There's no one better in this state, probably ever in Arkansas political history, to rally the base better than Bill Clinton—no one," said Skip Rutherford, dean of the Clinton School of Public Service at the University of Arkansas and a longtime Clinton ally. "He's an effective communicator, whether it's one-on-one or one before thousands."

Three of the four rallies were slated to be held at college campuses across the states, a move that puts Clinton in front of younger voters who are typically less likely to turn out on Election Day. Democrats hope to pair Clinton's energizing visit with a top-notch ground game to ensure turnout is high.

"You don't have the luxury of staying home," Clinton told students and supporters in Jonesboro. "I'm pleading with you: Vote."

NEXT STORY: Play of the Day: The GOP Has a Strategy to Combat Ebola