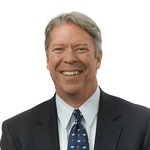 If there is one redeeming feature of the otherwise gutless and indolent sequestration process, it is the underappreciated component of hysteria.

Already, local news stations are running “fiscal cliff” countdown clocks. Fevered curiosity over the ebb and flow of cliff negotiations is rising and may soon creep near the Kardashian or One Direction pop-culture summit. When the fate of marginal tax rates and the Medicare eligibility age compete with boy bands and wannabee wannabees, you know legislative hysteria is on the loose.

And this is a good thing. After all, everything else in this great nation’s political tool kit has failed. Governing for governing’s sake is dying, if not dead. Bipartisanship and compromise as legislative art forms are more lost than Jon Stewart at CPAC. And politics as a means of comprehending and responding to economically transformational technologies has never been our strong suit (See: Gilded Age, the) -- it’s just worse and more dangerous now.

So, hysteria is all we’ve got left. The politicians want it and need it to cut a fiscal-cliff deal.

Hysteria, like a hangman’s noose, focuses the mind. It can transform rock-ribbed ideologies into Silly Putty -- or at least soggy holiday fruitcake. It can turn voters and those who represent them into instant pragmatists. When fiscal-cliff negotiations and not reindeer hooves become this year’s holiday clatter, it will be because voters know what is the matter: Washington, if it remains paralyzed, will sentence the country to the first premeditated recession not imposed by German bankers (pity the Greeks) in the history of Western civilization.

America won’t stand for it. Not this time. The hair-trigger loathing of Congress is real. President Obama, though reelected, has no hope of a second-term legacy of immigration reform, tax reform, or climate-change legislation (if he even wants it) if he drives the nation off the cliff.

No one will follow Obama back out of the recessionary wilderness -- where even liberals who might cheer him for “protecting” Medicare and Medicaid (the centerpiece of GOP entitlement demands -- Social Security reforms are just a bargaining chip) will find a bone-chilling political gloom. After all, you can’t sustain entitlements in a country where middle incomes continue to fall, jobs grow more scarce, and tax collections continue at their current anemic pace.

Obama knows this, which is why he ordered up a White House report on the dangers to retail sales and consumer spending if the Bush-era tax cuts for middle-income earners expire. And top Obama economist Alan Krueger extolled the virtues of preserving the “temporary” 2 percent payroll tax. This big Democratic priority is now also a cliff bargaining chip. The so-called “cliff divers” in the Democratic Party can’t have everything. If they want to preserve Medicare and Medicaid, they have to bow to GOP demands on means testing, higher age eligibility, and new flexibility and autonomy for governors to manage Medicaid funds.

Hysteria can make heretofore inflexible Democrats more so. It’s already had a transformational effect on congressional Republicans. Senate Republicans, even those such as Lindsey Graham of South Carolina and Saxby Chambliss of Georgia who are facing potential primaries, know that sequestration-mandated defense cuts will hurt far more of their middle- and low-income constituents than high-income earners whimpering about seeing deductions for mortgage interest or charitable contributions scaled back (or marginal rates increased). Other GOP senators are similarly positioned. Hysteria over across-the-board defense cuts to personnel and defense contractors and the effect they will have on job losses -- direct and indirect -- will go viral faster than “Gangnam Style.”

This is why Republicans and their backers in business crave a big deal. They’ve held off the higher tax revenue wave as long as possible. They will trade it for entitlement savings and less-aggressive defense cuts. U.S. Chamber of Commerce President Tom Donohue met on Monday with Obama’s top economic advisers in sessions that Donohue’s allies describe as “very constructive.” Donohue wants a grand bargain and may be asked to provide political cover to Republicans who support raising taxes. John Engler, head of the Business Roundtable, got similarly good vibrations from White House meetings on Monday. Together, the two business groups could provide more political cover than Chris Christie’s fleece.

One last advantage of hysteria: It won’t come again and it won’t possess its current potency -- which means the accumulated sense of relief and forgiveness of politicians who avert a cliff catastrophe will never be as great. Secondarily, any Republican or Democrat who casts a tough vote in December for higher taxes and/or big changes to Medicare or Medicaid will have more than a year to gird for a primary challenge and to inherit the economic upside of avoiding a recession. Hysteria, forgiveness, and time are all, in this context, exquisitely finite.

And that’s why hysteria may be the best thing America, a temperamentally equable nation, may have going for it.

NEXT STORY: Play of the Day -- Obama and Romney have lunch