Management
Carrying On Amid Chaos: Public Servants Deserve Our Thanks 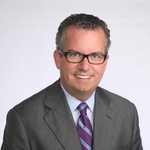 If all you read was the front page of one of the major daily newspapers—or the Drudge Report or The Huffington Post—you’d think government was paralyzed as a result of crisis and scandal. Sluggish appointments and roiling controversies don’t help government operate smoothly, that’s for sure. But what agencies do on a day-to-day basis to serve American citizens is largely unaffected by these distractions. Moreover, major reform and improvement efforts have been launched that promise to have a lasting, positive effect on how government works. We have America’s public servants to thank for that, and this is the week to do it.

The President’s Management Agenda was released a few weeks ago. It laid out an ambitious set of initiatives to address many of the government’s longstanding management weaknesses. There’s an information technology modernization initiative intended to finally replace older technology with modern, cutting-edge systems. The data, accountability, and transparency effort will transform government’s information into an asset for use by policymakers in decision-making and by the private sector for public use. Finally, the people initiative seeks to recruit and retain a 21st century workforce through badly needed reforms. Taken together, the Trump administration calls these “key drivers of transformation.” Without dedicated public servants, these initiatives will go nowhere. Luckily, leaders are at the ready.

One of the key features of the President’s Management Agenda is the public announcement of goal leaders for all key initiatives. For instance, the effort to transform government’s data into an asset will be led by a mix of political and career senior executives, including Pradeep Belur, chief of staff of the Small Business Administration; Karen Dunn Kelley, undersecretary of economic affairs and acting deputy secretary at the Commerce Department; Jack Wilmer, senior adviser for cybersecurity and IT modernization in the White House Office of Science and Technology Policy; Suzette Kent, federal chief information officer at the Office of Management and Budget; and Nancy Potok, chief statistician of the United States. The decades of experience with data and government administration these professionals represent vastly improve the chances this effort will be successful.

Among the President’s Management Agenda initiatives with the greatest potential for a positive impact is the one focused on improving customer experiences with federal services. If federal agencies view and improve services from the perspective of the American citizen or customer they’re trying to serve, it will strengthen Americans’ trust in government. But it will take committed leadership to get there. That’s why we should be proud the initiative is in the capable hands of Thomas Bowman, deputy secretary of the Veterans Affairs Department; Matt Cutts, acting administrator at the U.S. Digital Service; and Dustin Brown, deputy assistant director for management at OMB.

Barry Berkowitz, senior procurement executive at the Commerce Department and Mathew Blum, associate administrator of the Office of Federal Procurement Policy, are working to improve the government’s management of its major acquisitions. And with almost $500 billion in contract spending annually, it’s worth getting right.

These are just a few examples of reform initiatives and the public servants who are leading them. There are similar combinations of political and career executives working tirelessly to address issues like payment integrity, category management, grants management and security clearances. You can find their names and their plans on Performance.gov. And you can view quarterly updates on their progress. But you should also give them your thanks. They’re working hard on your behalf to make government work better.

The initiatives of the President’s Management Agenda, if successful, will make life easier for our nation’s public servants. Don’t forget, the work environment for a federal government worker is often far from ideal. The bureaucratic systems under which they operate make it unnecessarily difficult to recruit and retain the talent they need to get the job done, purchase the goods and services necessary to accomplish the mission, or leverage the information technology most organizations use to serve their customers. And for most of the year, they typically operate without the benefit of a budget. But those leading reforms are doing their best to fix what’s broken.

For example, there are hundreds of thousands of federal workers cutting checks, taking calls from the public, helping farmers, guarding our borders, delivering the mail, treating the sick, keeping us safe. Many of those are also taking time on top of their regular jobs to consider and implement the reforms, reorganizations and other changes necessary to make things work better. When they see an opportunity to improve service to American citizens they consider it their duty to do it.

Public Service Recognition Week comes but once a year. We should recognize the contributions of government workers every day, but especially on these few days in May. Despite what dominates the headlines, public servants are making a difference in the lives of Americans every day. Take a moment to thank them for it.

Robert Shea is a former senior official at the Office of Management and Budget and is currently a principal with Grant Thornton Public Sector.