The way the system works, there’s no penalty for failing to provide ongoing maintenance. 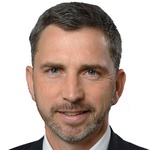 Last fall I led an effort, co-sponsored by the Urban Land Institute and the National Council for Public Private Partnerships, to figure out the best way to leverage public private partnerships, or P3s, to invest in infrastructure. What we found (described in our report, Enabling Infrastructure Investment: Leveling the Playing Field for Federal Real Property) is instructive. Given that we are wrapping up what the Trump administration has deemed Infrastructure Week, perhaps our findings can inform the White House and Congress on the best ways to encourage effective partnerships.

Infrastructure financing is complicated. For starters, the definition of infrastructure itself is open to debate, and there are shelves of reports on the state of disrepair of some of our critical systems. Multiple congressional committees have jurisdiction over a sprawling set of programs, subsidies and credit facilities. One of the main problems with our national infrastructure financing regime is its very complexity. However, we explored another frequently cited concern: the budgetary or “scoring” treatment of these investments—particularly federal real property investments.

Scoring has become a popular topic recently because of the health care debate. But scoring rules have an impact on federal investments and programs in many less visible but equally profound ways. While people who watch the P3 market closely decry the budget treatment of these partnerships, we came to a different conclusion. Scoring is, in fact, not bad. It provides for comparison, prioritization and recognizes there are limits to what we can afford.

However, the current approach to scoring capital investments causes a number of unintended consequences. The rules require the full upfront cost of a capital investment to be scored in the year it is appropriated. Alternatively, operating expenses, such as rent, are scored according to costs in any given year. The underlying, simplified assumption is that a capital investment will obligate the government to pay the full cost, while a lease will only obligate the government for one year’s expense at a time. This is not how it works in the real world.

An excellent example of how events actually transpire is the former David Nassif Building in Washington. The Nassif Building was built in 1969 with the express purpose of housing the then new Transportation Department. It would be the first agency headquarters not owned by the government and the largest privately owned building in Washington. The land for the building was purchased from a quasi-federal agency, the Redevelopment Land Authority, for $5.9 million, and construction was financed for $38 million (with an original cost estimate of $27.5 million). The initial 20-year lease cost a total of $98 million. DOT extended its lease several times until 2000, when it announced it would leave the building, which it did in 2007. After a two-year renovation costing $250 million and two years of lease-up, the building was renamed and sold fully leased for $734 million. It is appraised as the most valuable privately owned building in Washington. It is occupied exclusively by federal agencies with 10-year term leases at $50 per square foot.

None of the private developers did anything wrong. The system we have created, with the theoretical goal of preserving cost transparency and operational flexibility has instead added tremendous cost to leasing commercial real estate and encouraged the neglect of government-owned assets. The current regime of fully scoring capital expenditures (or capital leases) in the first year of obligation has the effect of favoring operating costs, entitlements, or tax expenditures over capital or other asset-based funding priorities. More starkly put, these rules tilt spending toward transfers over investments, bypassing a first principle of infrastructure financing—user pays.

How do you fix it?

To avoid this outcome, we concluded that the best approach would likely be to place the various options—such as construction of the building by the federal government, leasing from the private sector, or some hybrid—on an equal analytical and scoring footing so that the net present value of each option could be calculated and a decision made, based on the best long-term value to the government at the lowest overall—not annual—cost. Too many of the general statements made about one approach or another are based on assumptions and received wisdom. The best approach would be to evaluate alternatives, solicit market input, and make decisions on estimated net present value that are based on actual project data and experience.

We also discussed the idea that our accounting for assets should be much more robust. As it stands now, the failure to provide for the ongoing maintenance of a federal asset has no budgetary sanction. One result of this failure to recognize the “cost of doing nothing” is much higher overall long-term costs for repairing, upgrading or replacing assets. It also contributes to the retention of unnecessary or outmoded facilities or property.

Since 1990, with the passage of the Federal Chief Financial Officers Act, the government has dramatically improved its capacity to account for its assets and expenditures. Regrettably its decision-making and capital-allocation (appropriation) processes have not matured as much. Agencies and their private sector partners have the capacity to conduct the sort of analysis that would allow for an actual determination of the relative cost of public, private or P3 delivery of capital investments. The current scoring and appropriation regime does not allow for a more transparent and analytical approach to investment decisions.

If there is more than a rhetorical desire for government to run like a business, the approach to evaluating investments in our nation’s assets should change.

Dan Tangherlini is President of SeamlessDocs Federal. A former administrator of the General Services Administration and chief financial officer at the Treasury Department, he also chaired the advisory group that authored the report “Enabling Infrastructure Investment: Leveling the Playing Field for Federal Real Property” sponsored by the Urban Land Institute and the National Council for Public Private Partnerships.

NEXT STORY: Comey: 'I Was Fired Because of the Russia Investigation'