Management
Spending On Government Communications Is Ripe for Abuse

For both internal control and accountability purposes, you've got to clearly identify what you're trying to do. 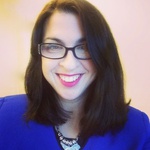 Last year the Government Accountability Office issued “Public Relations Spending” (GAO-16-877R) in response to a request from the Senate Budget Committee. The purpose of the report was to "determine how much the federal government spends on public relations activities, including contracts and internal agency support, and identify the highest-spending agencies."

“Public Affairs occupational series are responsible for administering, supervising, or performing work involved in establishing and maintaining communication between federal agencies and the public. Among other things, their work includes identifying communication needs and developing informational materials on agency policies, programs, services, and activities.”

If they do nothing else, the government's communicators can and should explain to the 325 million people who live in the United States what exactly the government did with the $3.9 trillion it spent in 2016. (To that end, check out this very neat infographic from the Congressional Budget Office.)

It is not clear how many communicators the government has on hand. In 2014, the federal government employed 5,086 public affairs specialists, representing .28 percent of all federal employees; 42 percent of them worked for the Department of Defense. (The GAO report only counted these employees.)

However, agencies employ many other communicators, including  agency leadership, "writer-editors," information technology specialists (web content), management & program analysts, "unclassified" personnel, and others, such as policy and technical subject matter experts.

It is also not clear how much the government is spending on contract personnel engaged in public affairs work. The GAO report notes that "federal obligations for advertising and public relations contracts have, on average, been close to $1 billion annually over the past decade."

With regard to reporting on contract spending, data quality is limited. GAO notes that these contracts "do not capture the full scope of these activities" because it is possible to issue relevant contracts under other categories.

Also, I am not aware of any database that specifically distinguishes between federal contract spending on personnel (e.g. a graphic designer), and on services (e.g. a billboard).

Poor evaluative data quality (note: not the quality of government data) is the main reason reason why government messaging sucks, and the government has the lowest public trust  scores ever, despite all the good work being done and despite all the money being thrown at doing it. For both internal control and accountability purposes, you've got to clearly identify what you're trying to do, what the reason is, and how much you spent on each relevant aspect of the effort. And then ask an impartial third party, how well did that work?

Here is an example of a known best practice: the annual plain language "report card" scores agencies receive. Here's another: the ongoing Web analytics agencies collect. But there's a limitation, though: Are we talking about the right things in the first place? Could some, or much of our content be collapsed and integrated, to make it easier and more useful for the public to access?

Which brings up another conversation we should have: whether communication should be defined as inherently governmental work. I believe it is, for the most part: the basic definition is work "so intimately related to the public interest as to require performance by Federal Government employees."

The reality is that the federal communicator must, to do a good job, be knowledgeable about the agency's operations and culture, and be dedicated to the mission. As well, they typically also have invaluable institutional knowledge and commitment and a familiarity with stakeholders that cannot be easily duplicated. This is a federal communicator's brand.

A contractor's primary focus, as it should be, is the amount of money they can make.

The fact that most federal communication is outsourced, in my view, makes us vulnerable to the shortcomings of all commodity products. What agencies need are critically thinking personnel. The contracting relationship simply does not provide for that. And money wasted on expensive, ill-conceived projects (the client's fault, not the contractor's) contributes to the negative perception that government communication is money wasted on fluff.

I do believe contractors can be helpful, particularly where technical knowledge is lacking. But the government relies on them far too much. As an alternative, interagency consulting is a promising area for the government to explore. When you bring in a third party from within the government to assist, you get the benefit of expertise and an objective point of view.

The bottom line is this: To do a good job at something, you have to be able to measure it. Then set goals, and then determine where your work is coming up short. Right now, we aren't measuring, and we aren't counting or measuring a dedicated communication staff or chain of command—within or across agencies. The function is not managed as a unified whole.

As such, communication spending is ripe for waste and abuse.

Copyright 2017 by Dannielle Blumenthal. All opinions are the author's own and do not necessarily represent the views of her employer or any other organization or entity.

NEXT STORY: OMB Director: Shutdown Consequences Have Been ‘Blown Out of Proportion’