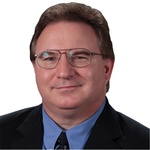 As the 10 anniversary of Hurricane Katrina and the tragedy in the Gulf Coast draws near, I have been reflecting on the dozen-plus post-2005 trips that I have made to New Orleans. Each trip was made in concert with the 10-year "Covenant to Serve" that my University of Pennsylvania students and I forged before the floodwaters had fully receded and while dead bodies were still being discovered in the rubble. All told, more than 1,000 Penn students have contributed more than 45 person-years of service to the Crescent City's human, financial and physical recovery process (defining a person-year of service as 35 hours a week for 52 weeks a year). Their service is chronicled in the brief story and video A 10-Year Covenant to Serve on the Penn Arts & Sciences website.

In addition to radiating pardonable (I hope) pride in what the Penn students and alumni have contributed, there are at least five governance lessons about the disaster and the post-Katrina recovery saga that I believe are worth teaching and preaching.

The first lesson is that what happened in 2005 was a "governance disaster," not a "natural disaster." You can call what happened a natural disaster only if you consider grossly incompetent to criminally negligent government leadership at all levels, federal, state and local, to be natural.

I do not. Nor, for that matter, do many of the government leaders who had a role in the initial response and have admitted their mistakes. For one, President George W. Bush never quite lived down his on-site, off-the-cuff praise for Federal Emergency Management chief Michael Brown: "Heck of a job, Brownie." Still, to his great credit, Bush, in interviews and for his book Decision Points, frankly acknowledges that he waited too long to activate and deploy the military personnel in the region, among other mistakes.

The day the levees broke, we had 535 members of Congress, only a few of whom (but not a one in the Louisiana delegation) had done anything substantial to improve the nation's post-9/11 emergency and disaster response capabilities. In fact, as I note in my book Bring Back the Bureaucrats, between 2001 and 2005, Congress gave FEMA ever more vast and varied responsibilities, without however, giving it adequate personnel and training resources, and while folding it haphazardly into the new Homeland Security Department.

Indeed, in 2004, the year before Katrina, FEMA was subject to a congressionally sanctioned hiring freeze on more than 500 positions. As a 2007 Government Accountability Office report noted, FEMA operated "like a volunteer fire department" with a workforce that was mostly "composed of nonpermanent employees with various terms." It still does. But by the time Hurricane Sandy struck the Northeast in 2012, FEMA had double the number of full-time workers that it had in 2005. While far from perfect, FEMA's response to Sandy was far superior to its response to Katrina.

As public administration scholars Donald F. Kettl, Anne M. Khademian, and others have stressed with respect to the Katrina disaster, the U.S. Coast Guard and its leaders were the shining and consistent exception to the governance failure rule. Always prepared, the Coast Guard's leaders readied boats and helicopters as the storm neared, and its amazing men and women ended up rescuing more than 30,000 people from flooded homes and rooftops.

Fourth, civil society institutions, not just government leaders and their employees, contractors, and grantees, were tested by Katrina and found less wanting than their government counterparts; in fact, they proved downright heroic.

As I summarized for a Time magazine story in 2007, the stars of the post-Katrina civil society show were the religious nonprofit organizations, universities and others that rallied to do whatever needed doing to feed, house, clothe, educate, supply medical services, and more. The MVP here was Catholic Charities of New Orleans, the largest community-serving nonprofit organization in the region, and its then leaders, Jim Kelly and Gordon Wadge. Kelly and Wadge worked minor daily miracles in the several years immediately after the disaster, working smartly with federal, state, and local government leaders and agencies, and advocating for far-reaching policy changes that might give the city a chance to prove the "don't rebuild it" cynics wrong. But they had help. Both old and new local community leaders from one end of the city to another forged civic associations that moved mountains of debris in 2005 and 2006, and then fought for better education and other reforms.

Fifth, and finally, lighting a single candle is better than cursing the darkness, but if you want to keep the city lights on and improve everyday life for citizens and communities of every demographic and socioeconomic status — if you want not just disaster-inspired charity but government-certified justice — then there is no escaping the need for good government. New Orleans, a decade into the recovery process, but still with a long way to go, may finally be getting better governance, at least at the local level. Both as Louisiana's lieutenant governor in the years following the Katrina tragedy and now as the city's mayor, Mitch Landrieu is demonstrating the sort of gray matter, grit, and goodness that even many of his fiercest critics acknowledge as such.

Back when Penn began its 10-year Covenant to Serve in post-Katrina New Orleans, I described the situation to students as a "Gettysburg moment" for their generation. Would they, I asked, fight the battle to help save an historic city and improve life for all of its people even as, tragically, so many rendered homeless by the governance disaster would never return?

I also asked whether, within the decade, by or before September 2015, government at all levels would find a way forward to do the same.

On that score, there have been some promising developments, but it is still too soon to say, "Mission accomplished."

NEXT STORY: The Statistics Show Donald Trump is Wrong On Immigrants