"Any system that allows us to turn a blind eye to hopelessness and despair—that is not a justice system, that is an injustice system," the president said Tuesday. 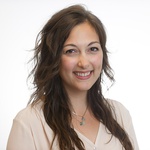 President Obama on Tuesday made an impassioned case for comprehensive criminal-justice reform—and he got specific about how he'd like to do it.

Speaking to the NAACP's annual convention in Philadelphia, Obama laid out his plan for overhauling the criminal-justice system, including restoring voting rights to felons, reforming the sentencing process, and getting rid of racial disparities in how justice is applied.

He also announced some steps his administration had already taken, such as directing Attorney General Loretta Lynch to review the use of solitary confinement. And he continued his recent streak of talking candidly about race, addressing head-on the racial disparities in the justice system, which he said "remains skewed by race and wealth.

"The statistics on who gets incarcerated show that by a wide margin it disproportionately impacts communities of color. African Americans and Latinos make up 30 percent of our population. They make up 60 percent of our inmates," Obama said. "The bottom line is that in too many places, black boys and black men, Latino boys and Latino men, experience being treated differently under the law."

Obama said he feels "hopeful" about the bipartisan support for criminal-justice reform, including from Sen. Rand Paul, a GOP presidential contender, whom he mentioned by name. Calling on that support, Obama urged Congress to pass sentencing reform this year, noting that "in far too many cases"—and especially for nonviolent drug offenders—"the punishment simply does not fit the crime." Beyond injustice, Obama also made an economic argument for change, saying the nation spends $80 billion a year in public funds to keep people incarcerated.

It's been a week of focus on criminal-justice reform. On Monday, Obama commuted the sentences of 46 nonviolent drug offenders imprisoned around the country. "At its heart, America is a nation of second chances," he said in a White House video released Monday. "And I believe these folks deserve their second chance."

And Thursday, he'll become the first sitting president to visit a federal prison. At El Reno, outside of Oklahoma City, he'll meet with law enforcement officials and inmates and film an interview for a Vice documentary on criminal-justice reform, set to air in the fall.

This week's push for criminal-justice reform comes after a month of uncharacteristically candid talk on race from the president. At the funeral for a South Carolina state senator and pastor who was killed when a white-supremacist gunman opened fire at a church in Charleston, Obamaspoke forcefully about race and racism as never before.

In an interview that same week, he opened up about the "long shadow" that Jim Crow and the legacy of slavery has cast on American life, using explicit language to illustrate his point.

"That's still part of our DNA that's passed on. We're not cured of it," he said. "And it's not just a matter of it not being polite to say n----- in public. That's not the measure of whether racism still exists or not. It's not just a matter of overt discrimination. Societies don't overnight completely erase everything that happened 200 to 300 years prior."

In Philadelphia Tuesday, Obama called for that shadow to be lifted—or, at least, eroded—by criminal-justice reform.

"Any system that allows us to turn a blind eye to hopelessness and despair—that is not a justice system, that is an injustice system," he said. "By that it is an extension and reflection of broader decisions that we're making as a society. And that has to change."

NEXT STORY: What Kind of Leader Are You?