A call to the new Congress. 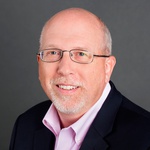 Our system of congressional governance is in need of change, and it will take real courage to do it.

I believe in our Founding Fathers’ vision for a democratic system with the appropriate separation of powers and defined accountabilities. By definition it will always be a bit messy and at times necessarily difficult. Sadly however, political ideology, partisanship, and an unhealthy focus on continuous campaigning have brought our country almost to its knees. Lawmakers must shift their focus from pure back home constituent or special interest group support to what is best and right for the American people.

This is a time to be practical, not political. With social insurance, health care, tax reform, immigration, and many other big policy issues facing our nation and placing pressure on our finances, Congress needs to act, and the time is now. The following are nine of my recommendations for stronger congressional leadership.

Arguably the greatest barrier to progress in America is caused by irrational commitment to partisanship. Congress needs to support their constituents, but refocus on seeking real solutions to national issues. The blind and unwavering dedication to party platforms or personal interest makes collaboration and action nearly impossible. Parties will continue to disagree, but in the end they must come together under a more efficient system, with courage, to address the big issues we face.

Managing the deficit, reforming social insurance programs, tax code overhaul, terrorism, immigration, regulatory reform, budgets processes, etc., are not local issues. They affect us all equally and America needs a united leadership willing to take action. Last I checked, it is one country that needs one government to lead us.

Congress should pass legislation currently pending in both the House and the Senate to establish a Government Transformation Board which will create a statutory tool for Congress to ensure government programs are efficient, effective, economical and credible.

Inaction, passive resistance, silly filibustering, and many other behaviors make our Congress look childish and nothing gets done. The American people never really know if members are legitimately far apart on issues or just pretending to be for political benefit. Either way, Congress needs to be in the business of making decisions in a timely manner in a way that is proactive, not reactive, and is effective for the strength of America.

Debate, discussion, and disagreement can be healthy, but not when it results in an ineffective outcome or no outcome at all. Holding one piece of legislation (or a budget) hostage to place pressure on another party on an unrelated issue is a huge waste of the taxpayer’s time and money and is unethical. I was appalled one day when a senior congressional staffer said to me, “you don’t understand, our sole job is to screw the other side.” This not only slows the process dramatically, it causes all of Congress to lose creditability and our country to stagnate.

Decisions will not be popular with all. That is not a reason to not make them. Just because something is difficult does not mean you shouldn’t do it. That is why we elected you. Regarding a nominee for an open Cabinet position, Sen. Tom Coburn recently told me, “we need appointees who are willing to be fired.” In other words, we need someone who is willing to make tough decisions and get things done. Congress needs to follow suit.

Making decisions requires logic, judgment, data, and a process for reaching the end. It can also involve revisiting decisions (laws) at a later time after determining impact and making adjustments if needed.

The American people need to look closely at its elected officials or while still a candidate to determine whether the member or candidate has the capacity to effectively make decisions for the good of the whole. You can’t tell me that partisanship is the only criteria for making decisions.

If so, the American people don’t need you. I make decisions every day that can be unpopular with my staff and often unpopular with me, but I make them, for the good of the whole.

3. Change the Terms of Office and Be a Servant of the People

Serving as a member is a privilege and a position rooted in public service. To ensure members always have the nation’s best interest in mind, the terms of office should be changed so that members of both Houses can serve one, or at most two, four-year staggered terms with no re-election possibility (this would require a constitutional amendment). Members could sit out one term after serving if they wish to be re-elected. Taking away the burden of re-election would allow members to base their work on their commitment to public service rather than special interests and party politics.

Maintaining consistency in congressional staff, and using former members as advisers would be an excellent way to mitigate the risk of losing institutional memory. Ultimately, action must be taken to help refocus our members and renew their commitment to service, humility, and American progress.

4. Work Together to Plan Our Future

Unlike the courts, Congress doesn’t need to wait for issues to be brought before them. Congress has the opportunity to be proactive and future focused, addressing issues before they become problems. Every two years, members should meet with the president in a retreat format to identify important forward-thinking and growth-oriented initiatives. Meet as Americans representing Americans with a common agenda—to decide what the federal government should do, what it should not do, and how best to get there. Yes, there will be disagreements, but these conversations will encourage collaboration and help prioritize the needs of the nation. The American people deserve to see real and effective government leaders working together toward common national interests.

5. Create a 20-year Plan to Balance the Budget (for Good)

We need to start living within our means. Rather than “suggesting” it, let’s pass a law requiring it. America doesn’t need a temporary fix, so let us commit to the long game and take the necessary amount of time to get it done. Have exceptions for times of crisis and realize that we can still borrow money. But place caps on borrowing (real ones). We must be able to service our debt and the associated interest at a reasonable level in order to continue providing for our country.

6. Change to a Biannual Budget Cycle

Given the size, scope and requirements of agency programs and infrastructure development, one year is no longer enough time to generate traction and deliver results. Agency leaders spend far too much time addressing the contentious budget process and not enough time focusing on program/agency effectiveness. Congress should move to a two-year budget cycle (for most agencies). Incentivize agency leaders to use their money more efficiently by allowing them to carry over unused funds (with proper justification), obtain supplementals, or return money to the Treasury without penalty. Allowing these leaders to focus on meaningful and measurable results rather than budget politics will ultimately save money and increase efficiency. Having appropriate checks and balances and reporting requirements will assure responsible use of funds.

In our short-cycle political system many career leaders and political appointees don’t have the time to focus on the efficiency of their agency operations and at times effective outcomes. If we want to get serious about innovation and large-scale government efficiency we need to start empowering our leaders while holding them accountable. We must take a cross-agency (rather than stovepipe) look at management and operations and share ideas, tools, systems and innovations. Agency leaders must have the authority to shift budgets, address poor performance in the workplace, and propose innovative solutions to real problems. These leaders must also be supported by a Congress and administration willing to address any legislative, regulatory, or social barriers to program efficiency and effectiveness. It’s time for our government to embark on a large-scale change management initiative to make accountability a central value of the federal workforce. It’s also time to require shared services.

8. Create a Congressional Office of Communications

Congress needs to start rebuilding its credibility in the eyes of the public. Create a nonpartisan Congressional Office of Communications to share information, activity and results with the American people. Use layman’s terms to explain various views on proposed legislation including who is sponsoring and advocating for each position. Identify what the Congressional Budget Office says it will save or cost over a period of time. Be transparent about earmarks. State simply how a bill will impact the American people. Provide an online tool so the American people can voice their opinion and concerns, quickly tabulating their responses for input to the decision-making process. The American people need to be more informed and given a clear channel for open communication. It also helps to solidify a culture of transparency and accountability modeled after nonpartisan agencies known for “reporting it like it is” such as CBO or the Government Accountability Office. The American people are resilient. They can handle the tough news as long as they know it is fair, transparent, and has strong leadership addressing it.

9. Modify the Rules of Engagement for Effectiveness

We don’t need to change the fundamental way laws are developed and passed, we just need to streamline the process. Here are just a few ways to cut back on inefficiency:

We need to provide for stronger issue and legislative vetting before going to the floor for a vote and consider allowing more up and down votes. There will still be debate and discussion, but it is important to identify the inefficient intricacies of the process and eliminate or streamline them so the House and the Senate can begin getting more done for the American people. The American people deserve to see leadership in action and results.

Act now. Let the new Congress be known for getting things done. We have major issues that we can no longer afford to avoid or postpone. Inaction is unacceptable. Put these issues on a schedule for all to see and start tackling and blocking.

Implementing leadership reforms will help you do the people’s business more effectively. There are pros and cons for each of these suggestions, and I am sure I will be accused of being naive or unrealistic, but recent mid-term elections have shown that the American people will no longer tolerate a failure to act. Our government must focus on true leadership reforms in order to start making the progress that will assure America stays a great nation. I want to be proud of my government, not embarrassed by it.

Steve Goodrich is the CEO of the Center for Organizational Excellence Inc., vice chair of the Government Transformation Initiative, and chairman of the Association of Management Consulting Firms. He can be reached at sgoodrich@center4oe.com.