What to Do When You Become Your Co-Workers' Boss

How to avoid retribution when your peers become subordinates. 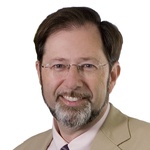 Your competitor is an in-house candidate who, if you are selected, will be very disappointed, will report to you and may file a grievance. How would you handle the situation?—Anonymous

Even in the most collaborative organizations, employees sometimes compete with one another. Promotions, prestige and pay raises are scarce assets that people naturally compete over. After a winner is declared, some people may be sore losers who seek out retribution not only against the boss who did not promote them, but also against the person who won the competition. If you expect to be the winner, how can you manage the situation to reduce if not eliminate the likelihood of retribution?

Social comparison is an inherent part of human nature. We all compare ourselves to others, especially to “salient referents” who are close in age, education, position and ability. These social comparisons in a work setting can lead to an awkward dynamic when one person is promoted and others become their subordinates.

This problem arises because of envy and because people tend to have an inflated view of their own capabilities. Envy is an emotion that can stimulate anger when someone desires what another possesses, like a recent promotion. The emotion is particularly strong and enduring when people perceive that they are as deserving, or even more so, than the salient referent. When promotions are based, at least in part, on subjective measures of performance, it is easy for people to assume that they were more deserving than the person promoted. The promotion is seen as unfair and playing favorites.

Who is to blame when a staff member is passed over for promotion? In the mind’s eye of those on the losing end, the answer is certainly not themselves because they believe favoritism must have been at play. To counter this injustice, envious workers often seek ways to get back at the organization, even if these actions are costly to themselves. They might shirk responsibilities, for instance, by taking it easy at work to compensate for the promotion they did not receive. Or they might engage in office politics (instead of working) to lobby to improve their position or to undermine the person recently promoted. Another common strategy is to sabotage their new manager.

Managing the situation is difficult, and there is no surefire way to resolve the situation so that everyone is better off. Nonetheless, there are three strategies that can help.

Duce a mente (May you lead by thinking),

NEXT STORY: Agencies in Washington Open With Unscheduled Leave Friday