Break your non-starter routine with these techniques. 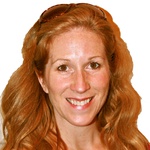 Do you ever feel like that guy Fred from the 1980s Dunkin Donuts commercials?  He awakes to the shrill of an old school alarm clock:  eyes pop open and before it’s clear he’s even awake, out of his mouth comes“time to make the donuts.”  He gets up, shuffles around and continues in a mono-toned muttering “it’s time to make the donuts.”  There is another version of him leaving his house, coming home, leaving his house, coming home. He does this, day after day after day - and he makes really great donuts.

Ever feel like that?  Feel like you are doing the same thing, over and over and over?  Certainly, as the commercial portrays, there is a certain excellence that comes with mastering processes and becoming an expert in one’s field.  The ability to repeat and deliver, with consistency, a product or service is part of what creates powerful brands.  The allure of capturing the market, being the best, dominating a space is seductive.  The question is:  with the staggering pace of change, the seemingly hourly influx of invitations to try this, try that, etc. it might be a dangerous proposition to journey forward with blinders on, immune to or perhaps ignoring what’s happening in the space beyond those blinders and assuming innovation isn’t important.

Doing the same thing over and over isn’t intended to be an indictment.  In fact, there are statistics that show that it takes 10,000 hours to become an expert in something.  The distinction of being an expert is certainly underpinned by the idea that one has repeated things over and over to develop mastery.  Consistency, repetitiveness, standards are all really important – so long as the status quo is the intended strategy.

The question is, when new thinking, new ideas, new strategies, new people, are the desired outcome, doing the same thing over and over and expecting a different result is – well you know – crazy.  Innovation and status quo aren’t good bedfellows. If you or your organization need to get out of the same old, same old, there are some relatively simple things to try to jump start your efforts.

1. Change your geography.  Yes, literally, by changing your physical location you will inevitably invite new thinking.  For example, if you are meeting with others, find a spot to meet or talk where you never have before.  And, preferably, choose a place that isn’t business as usual.  If you live in DC, try the atrium of the National Portrait Gallery, or if it’s a nice day outside, Lafayette Park, or the lobby of one of the many great hotels.   At the risk of turning my favorite quiet hotel lobbies into crowded hot spots by sharing this information, I love the St. Regis, The Willard, and The Mayflower. I also find that my creative juices flow like mad when I am traveling by airplane, during the day and seated at a window where I have an utterly different vantage point from my regular day to day; looking down on the world – it becomes so small and with it all the stresses that serve to constrain otherwise generative thinking and reflection.

2. Change your physicality.  If you are really game to try something new, change your micro-geography by changing the physicality of how you normally conduct business.  Odd as this sounds, you might have a conversation with someone with your eyes closed or standing up while balancing on one foot, or sitting on the floor with your back against a wall.  It doesn’t matter.  Just try changing something so it feels different.  If you feel a bit silly or uncomfortable, that’s great; it means you are doing something you aren’t used to doing and that is the point.

3. Change the participants.  Invite people who haven’t been part of previous conversations, meetings, or efforts to join the dialogue.  Though perhaps counter-intuitive, invite people who don’t know anything about what you want to discuss to join you.  Many of us are so ingrained in our worlds of the work we do we can no longer see the obvious and, therefore, miss the opportunity to ask the “dumb” – AND often groundbreaking - question that shifts everything.  People who don’t know anything and who are encouraged to ask the obvious often are the ones who help shift paradigms.  George Bernard Shaw said: “there is no question so difficult to answer as that to which the answer is obvious.”

4. Change the question.  Related to changing the participants, another critical element is to simply have a new conversation.  One way to begin is to ask a different question.  Powerful questions have a way of generating enthusiasm and critical thinking and breaking out of the same old same old.  Albert Einstein said“If I had an hour to solve a problem and my life depended on
the solution, I would spend the first 55 minutes determining the proper question to ask, for once I know the proper question, I could solve the problem in less than five minutes.”  While perhaps naïve in its simplicity, inquiry is at the heart of such groundbreaking discoveries as the discovery of the double helix, creation of McDonalds (like the Big Mac or not, it was a paradigm shift), and restoration of consumer confidence when Tylenol had to face down scandal.

How do you encourage innovation?