Jacob Lew's signature has gone through an evolution.

Ever since Lew's appointment in January, his signature has been a running, playful joke . President Obama made fun of it, a signature generator was created, and it was the butt of many a late-night jab . 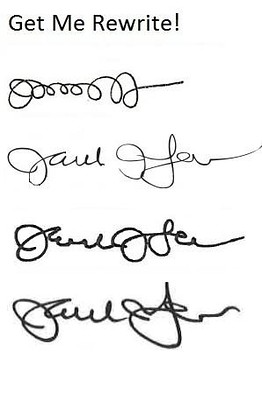 And now we know how it will appear on the $1, $5, $10, $20, $50, and $100 bills. The tradition of Treasury secretaries' signatures appearing on currency dates back to 1914 and takes about 18 weeks to implement, according to Treasury. And on Tuesday afternoon it announced that the following signature will be gracing newly printed bills: