Lessons learned from the National Credit Union Administration, one of the most improved agencies in the 2012. 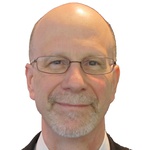 Federal employee job satisfaction and commitment took a big hit in the 2012 Best Places to Work in the Federal Government ® rankings, dropping 3.2 points across the government.

But there were some agencies that defied the odds, raising their job satisfaction scores at a time when so many others faltered. These included the Department of Transportation, Office of Management and Budget, the Peace Corps and the Intelligence Community.

In the mid-sized agency category, the most improved agency was the National Credit Union Administration (NCUA). The NCUA ranked 6th out of 22 mid-size agencies and increased its employee job satisfaction score from 68.1 out of 100 in 2011 to 71.0 in 2012. The agency also registered gains in an array of workplace categories.

Produced by the Partnership for Public Service and Deloitte, the Best Places to Work rankings provide a benchmark for measuring federal employee job satisfaction and commitment – key elements to creating high performing organizations. The rankings alert leaders to signs of trouble and provide a roadmap to help improve agency effectiveness and better manage employees.

On the issue of effective leadership, a primary factor in employee attitudes toward job satisfaction, the NCUA score went up by 5.3 points. Within this category, agency senior leaders drew the biggest increase, up 7.3 points to a score of 58.9 on a scale of 100. Since 2009, employee views of their senior leaders have increased 22.8 points. In addition, the agency increased its scores in the leadership category for direct supervisors and on the issues of empowerment and workplace fairness.

The one area of decline was pay, with employees registering a decrease in satisfaction of 4.4 points, a trend that took place across the government.

A NCUA spokeswoman said Chairman Debbie Matz set a goal for the agency to be “an employer of choice and reliable partner with elected labor representatives, understanding that employees are our most important asset.”

The spokeswoman said a concerted effort has been made to let employees know that management wants to hear and respond to their concerns. She said all managers were told they would be held accountable for improving communications with their direct reports.

As part of this initiative, Matz traveled to every NCUA office and met with employees. She also has held quarterly webinars so employees could express their concerns and get direct answers to their questions. During the webinars, for example, agency leaders learned that NCUA’s testing procedures were holding back qualified examiners from becoming principal examiners. In response, the NCUA made several changes to improve the principal examiners’ test procedures, to ensure consistency and fairness in the test administration.

The agency started a weekly email newsletter to address concerns from employees that they were not privy to information about newly hired workers, staffing changes and other internal matters that occur on a week-to-week basis. In another case, union officials were consulted about workspace renovations to ensure the views of employees were incorporated into the plans.

And in response to the federal pay freeze, the NCUA board approved an enhanced benefits package for all employees, including a 401(K) plan to supplement the defined contribution retirement savings plan for federal employees. In addition, all employees became eligible to receive compensation to defray the costs of medical, dental and vision insurance.

The NCUA, an independent federal agency created by Congress, regulates, charters and supervises federal credit unions. It is not supported by tax dollars. NCUA operates and manages the National Credit Union Share Insurance Fund, insuring the deposits of more than 93 million account holders in all federal credit unions and the overwhelming majority of state-chartered credit unions.

The Best Places to Work rankings provide an overview of federal agencies and subcomponents, and trend data and analysis of what the results mean. Agencies are ranked from first to last in one of four groups, including large, mid-sized and small agencies, and subcomponents. The agencies also ranked by 10 workplace categories, including effective leadership, strategic management, employee skills/mission match, pay and teamwork. Data is available on demographic groups, including race/ethnicity, age and gender.

Government-wide, the 2012 Best Places to Work rankings showed a decline in overall employee satisfaction and commitment and in each of the 10 workplace categories that were measured. Effective leadership remained the primary driver of worker satisfaction.

The rankings are based on data from OPM’s 2012 annual Federal Employee Viewpoint Survey and additional survey data from nine agencies plus the intelligence community. The rankings include 362 federal agencies and subcomponents, representing 97 percent of the 2.1 million person federal workforce.

Mark Doboga is Director of Government Transformation and Agency Partnerships at the nonprofit Partnership for Public Service. This is the second article in a series on the 2012 Best Places to Work in the Federal Government rankings. For information on how to improve employee satisfaction and commitment at your agency and to request a senior leadership briefing on your agency’s Best Places to Work results contact Doboga at mdoboga@ourpublicservice.org.

NEXT STORY: Trust Your Gut (Sometimes) to Make Better Decisions