A look at the NIH-supported effort that’s aimed at revealing the “symphony” that’s happening at the speed of thought within our brains every second of every day. 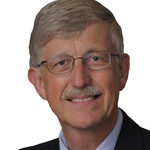 Ever wonder what is it that makes you, you? Depending on whom you ask, there are a lot of different answers, but these days some of the world’s top neuroscientists might say: “You are your connectome.”

The connectome refers to the exquisitely interconnected network of neurons (nerve cells) in your brain. Like the genome, the microbiome, and other exciting “ome” fields, the effort to map the connectome and decipher the electrical signals that zap through it to generate your thoughts, feelings, and behaviors has become possible through development of powerful new tools and technologies.

Grid of major pathways in human brain’s left hemisphere. Using diffraction spectrum imaging, which tracks movement of water through nerve fibers, researchers can trace groups of neurons as they cross from one region of the brain to another in living individuals. Credit: Van Wedeen, Massachusetts General/Harvard Medical School

For some time, neuroscientists have been able to infer loosely the main functions of certain brain regions by studying patients with head injuries, brain tumors, and neurological diseases—or by measuring levels of oxygen or glucose consumption in healthy people’s brains during particular activities. But all along it’s been rather clear that these inferences were overly simplistic.  Now, new advances in computer science, math, and imaging and data visualization are empowering us to study the human brain as an entire organ, and at a level of detail not previously imagined possible in a living person.

Some have likened this new ability to the difference between listening to the string section (evaluating an isolated part of the brain) versus listening to an entire orchestra (the whole organ). If you listen only to the string or percussion section, you’ll gain a pretty good understanding of how that particular group of instruments sounds. However, that experience would not compare to the experience of listening to the whole orchestra and chorus perform Beethoven’s Symphony No. 9, the Ode to Joy.

Today, I’d like to tell you about an NIH-supported effort that’s aimed at revealing the “symphony” that’s happening at the speed of thought within our brains every second of every day. This effort, called the Human Connectome Project, has set out to map the brain’s neural connections in their entirety. Given that a typical human brain contains 100 billion neurons, each with about 10,000 connections, this sounds like an impossible task. But it’s been done already, albeit for a much simpler creature: a roundworm called C. elegans . It took researchers a little more than decade to produce a “circuit diagram” of the C. elegans’ nervous system, which contains roughly 300 neurons that make a total of about 7,000 connections.

Clearly, mapping the human brain is vastly more complicated. To meet this challenge, the Connectome Project has enlisted a diverse entourage—biologists, physicians, computer scientists and physicists—at many different institutions all across the nation. Some are scanning the brains of 1,200 healthy adults to generate a high-resolution map of the brain, while others are layering on genetic and behavioral data to build a more complete picture of the brain’s neural architecture.

With a detailed connectome map of a normal human brain, I believe we will gain a better understanding of the roots of human neurological disorders, including schizophrenia, autism spectrum disorders, and other baffling conditions that may arise from abnormal “wiring” during brain development. This knowledge should yield new and better ways to detect, treat, and, ultimately, prevent the brain disorders that currently disrupt and devastate so many lives.

The connectome will also give us a new tool to explore how genes influence the brain’s connections—and how behavioral and environmental factors act to sculpt those connections, affecting everything from our ability to solve crossword puzzles to our risk for addiction.

While the Connectome Project is very much a work in progress, I’m pleased to tell you that it’s already yielding some exciting results. A recent study by connectome researchers, published in the journal Science , revealed that the brain’s neurons are not the haphazard tangle that some had thought, but are arranged in a tidy grid that resembles a city street map. Pretty cool work, and I’m betting there’ll be even more impressive findings in the near future. So, stay tuned—this is one of the most exciting areas of rapid progress in biomedical research.

NEXT STORY: What Time Does the Sequester Start?