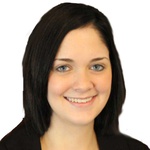 What do Congress, the can-can and a giant, inflatable duck have in common? A lot, as it turns out.

With the 15-foot tall yellow rubber duck behind them, the Senate minority leader did a high kick, and the House minority leader swiveled her hips, all in the name of preserving poverty programs.

But the real congressional leaders were inside the Capitol. Outside on the lawn, Oxfam America activists donned giant masks of congressional leaders and danced around the duck to tuneful quacking to encourage members of Congress not to “duck their responsibilities” during the lame duck session.

Linda Delgado, director of government affairs at Oxfam America, said the stunt is intended to urge Congress not to cut the budget for poverty-focused assistance for fiscal year 2013.

But why the duck? Oxfam took a punny approach to a serious message.

“Well, you know, we wanted to come up with something that was positive, a little bit edgy, a little bit funny, and yet that had the key message,” Delgado said. “And since this is a lame duck session and many lame duck members of Congress are going to be making key decisions, we thought, why not have a duck?”

After the demonstration, Delgado said, Oxfam activists would deliver packets of yellow, duck-shaped candies to each Senate and House office asking them to fund poverty-focused accounts before potential automatic cuts kick in. She said global poverty assistance programs are often targeted for budget cuts because there aren’t people fighting for them. Oxfam America is one organization fighting for the cause, and a giant duck certainly demands attention.

“It’s a tiny part of the budget,” Delgado said. “It’s 0.6 percent of the budget and it often gets targeted with what, today, we’re calling ugly duck cuts.”

As far as reaching the newly elected members of Congress who don’t yet have offices, Delgado said they are doing the best they can.

“Obviously, we don’t have the capacity to cover everybody, but we will work in coalition with many other organizations to make sure that every single new member gets a briefing on this issue, that their staff get a briefing and that we are educating them on this key issue,” Delgado said.

In a press release issued by Oxfam America, Delgado said “the leadership in the House and Senate must get their ducks in a row and support Senate funding levels for poverty-focused development assistance.”

Oxfam America will continue its efforts throughout the lame duck session of Congress.

It is unclear if more ducks will be involved.

NEXT STORY: How Can Good Management Help Avoid the Fiscal Cliff?