Elliott Branch keeps watch over the vast, complex, $90-billion-a-year procurement operation for the Navy and Marines. 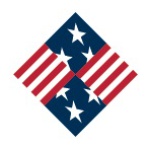 Our warfighters need the right equipment to fulfill their missions and return home safely. Elliott Branch ensures they are properly equipped at the best possible value.

As the deputy assistant secretary of the Navy for acquisition and procurement, Branch keeps watch over the vast, complex, $90-billion-a-year procurement operation for the Navy and Marines, scrutinizing every major acquisition from battleships to fighter jets, negotiating with defense contractors, and finding ways to save hundreds of millions of dollars while increasing military capacity and readiness.

“Everything the Navy buys goes through his shop. He ensures goals are met across-the-board and within budget,” said Sean Stackley, the assistant secretary of the Navy for research, development and acquisition. “He’s always looking to drive down the cost of doing business and to get a better deal for the department.”

Over the years, Branch has been credited with a number of highly successful negotiations and important management innovations.

In 2009, Branch led negotiations to consolidate production of a class of guided missile destroyers to a single shipyard. According to Stackley, the consolidation resulted in $1.5 billion in savings across that program, while ensuring stability in the industry as other shipyards were able to transition to new contracts.

Last year, Branch oversaw the contracting for a record 34 ships that included submarines and destroyers, said Shay Assad, the principal advisor to the undersecretary of defense for acquisition, technology and logistics. “All are in multi-year relationships with steadily declining prices over the contract terms,” he said.

Branch is also credited with playing a critical role last year in protecting the Navy’s interests when Northrop Grumman divested its shipbuilding unit to stockholders through creation of a new company. Colleagues said Branch was instrumental in making sure the new shipbuilding company would remain a viable entity capable of delivering important nuclear-powered aircraft carriers, submarines and destroyers to the Navy.

Branch is currently a key member of the team in charge of buying the next generation information technology network, and figuring out strategies to ensure the best value for the Navy. He also is working on the next aircraft carrier to be delivered in 2020.

Jim Thomsen, the Navy’s principal deputy assistant secretary for research, development and acquisition, said that Branch is frequently consulted by the Office of the Secretary of Defense on major procurement matters because he is “the senior most knowledgeable guy in this business.”

“There’s a lot at stake with the large shipbuilding contracts for the department, for the companies, and on Capitol Hill in terms of local economies and jobs,’ said Thomsen. “Elliott takes everything into account.”

This is the fifth in a series of profiles featuring the recipients of the 2012 Samuel J. Heyman Service to America Medals. Presented to outstanding public servants by the nonprofit Partnership for Public Service, and sponsored in part by Bloomberg, Booz Allen Hamilton, The Boston Consulting Group, Chevron and United Technologies Corporation, the prestigious Sammies awards are offered in nine categories. To nominate a federal employee for a 2013 medal go to servicetoamericamedals.org.

NEXT STORY: Body Language: Watching the Debate on Mute