sponsor content
Professional Services vs. Managed Services: What Each Can Do for Your Agency
Skip to Content
Get the latest on need-to-know topics for federal employees delivered to your inbox.
View Privacy Policy
The State of Internal Workplace Communication

Are federal employees comfortable being candid when emailing their supervisors and colleagues? How often do they use personal email for government business? GBC surveyed 412 feds to learn the answers to these questions and more.

Nearly half of 412 federal employees surveyed say they are uncomfortable or slightly uncomfortable being candid when emailing colleagues and supervisors. The cause? A slight majority say chain of command concerns and personal feelings (e.g., politeness) inhibit candidness. A third say personnel in their agency use personal email for government business at least sometimes, and yet less than a quarter indicate that their agency archives such emails as is mandated.

These are just the top-line findings from Government Business Council's February 2015 survey on internal workplace communication in federal agencies. See the full results, including demographics, below. 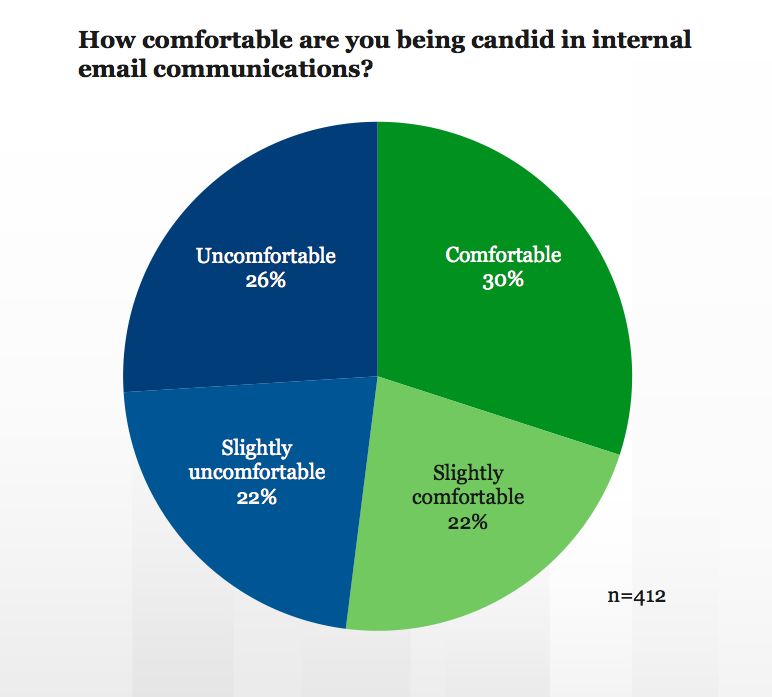 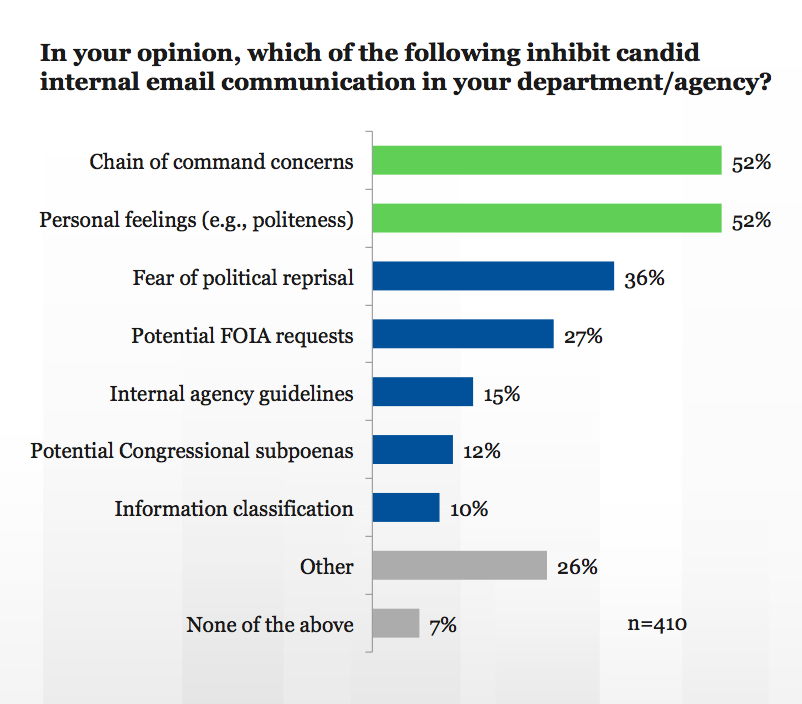 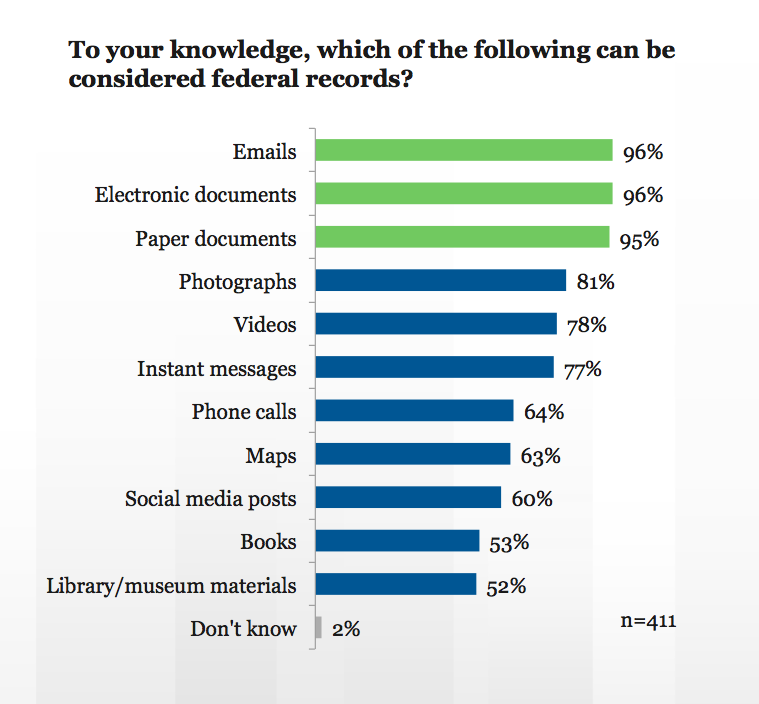 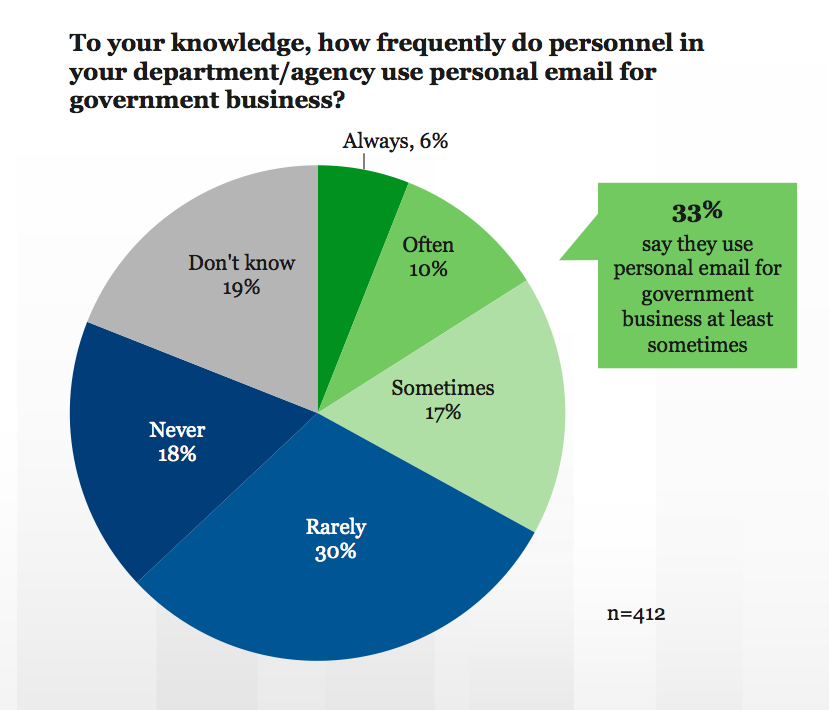 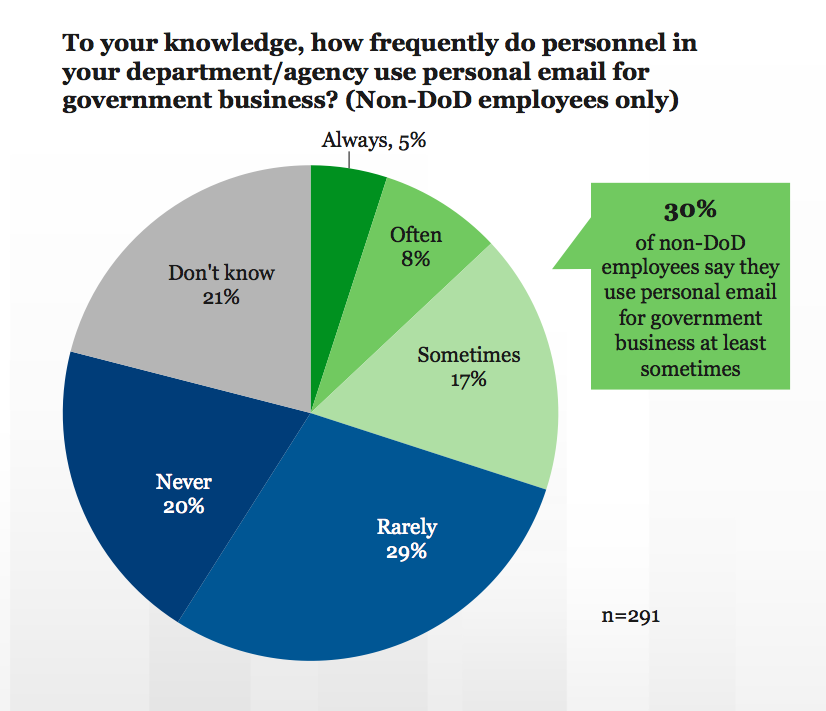 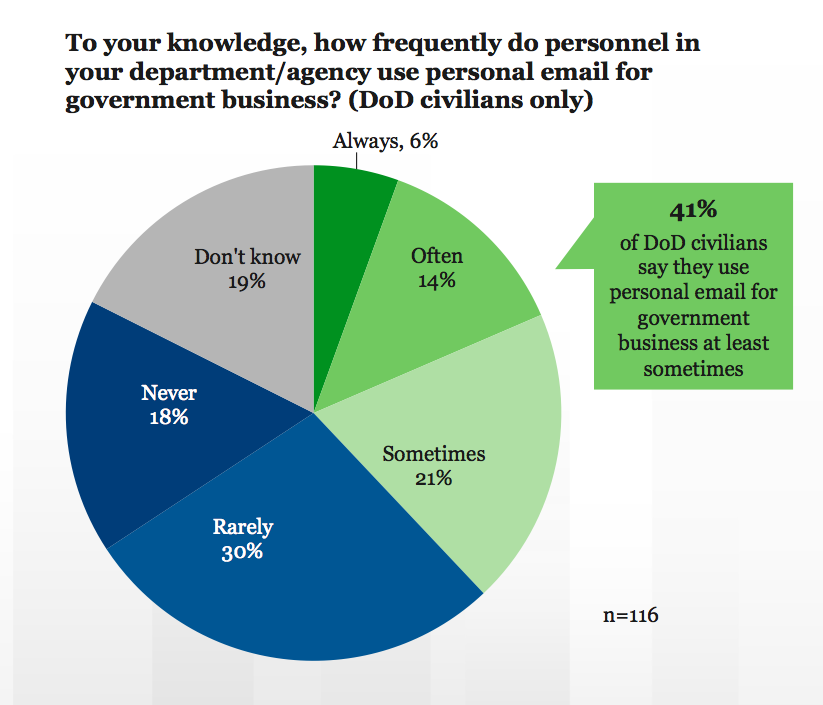 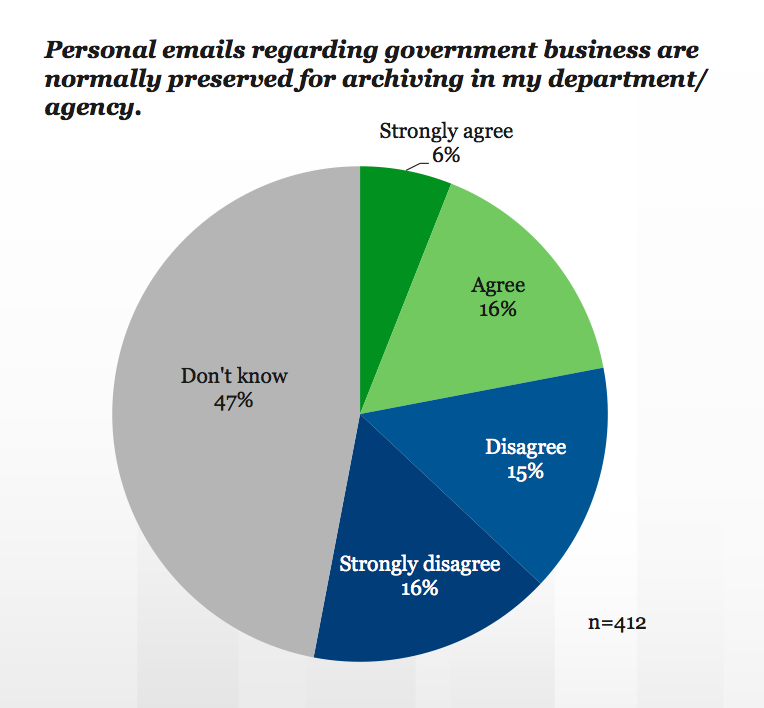 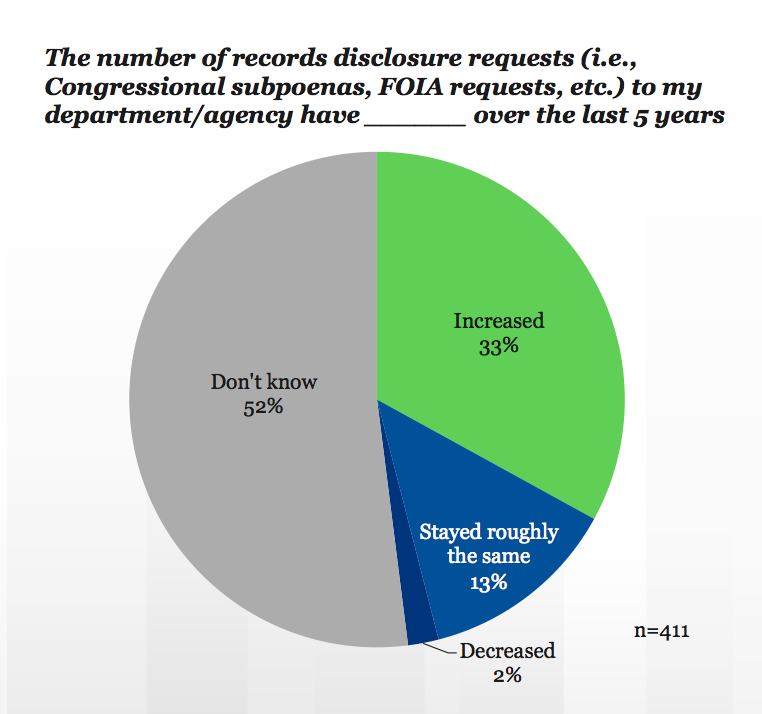 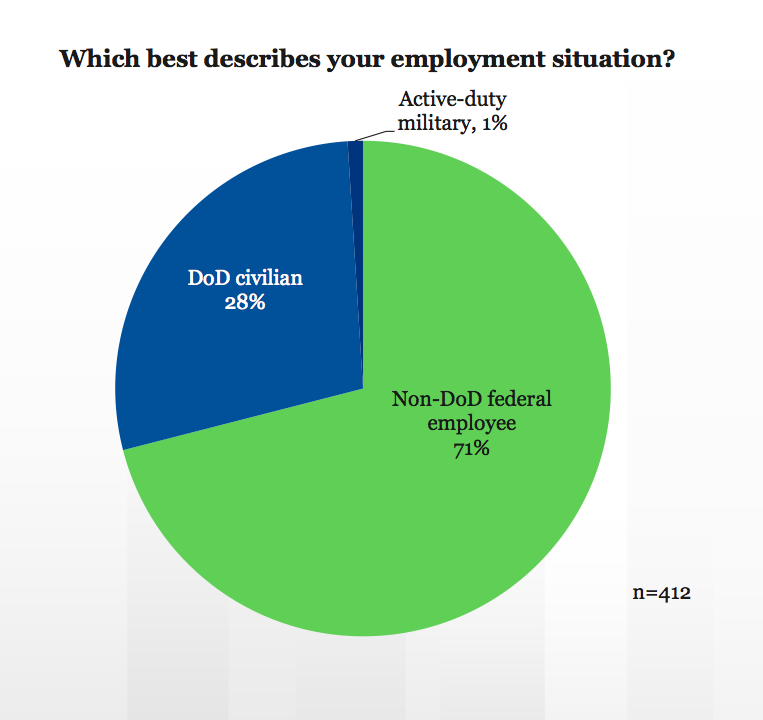 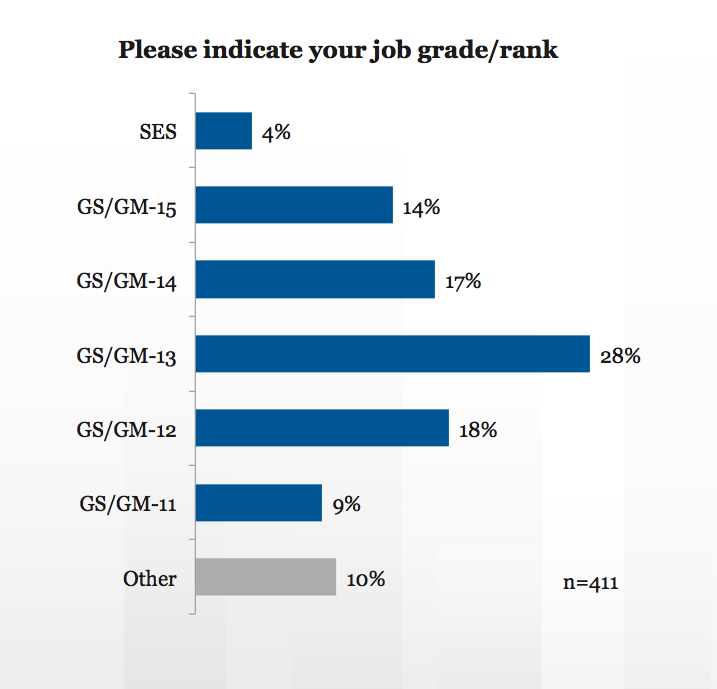 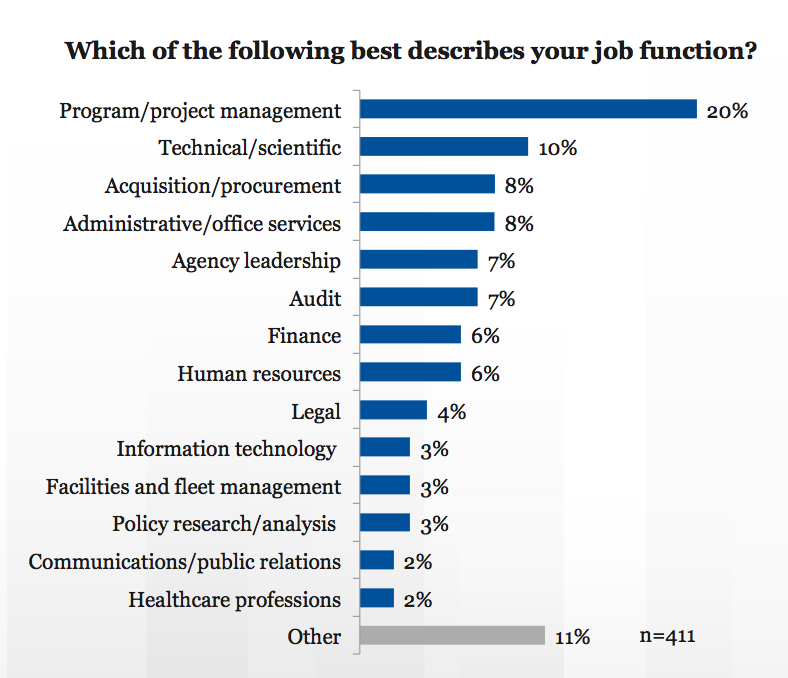 Government Business Council released an email-based survey on February 17, 2015 to a random sample of Government Executive, Nextgov, and Defense One print and online subscribers. 412 federal employees completed the survey, including those at the GS/GM-11 to 15 grade levels and members of the Senior Executive Service. 63 percent of respondents are GS/GM-13 and above. Respondents include representatives from at least 30 different departments and agencies, including each of the military service branches. 71 percent are non-DoD federal employees and 28 percent are DoD civilians. The margin of error is +/- 4.8 percentage points for the survey’s population.

For analysis of this survey and related news, check out these articles from Government Executive and Nextgov:

"Many Feds Are Uncomfortable Communicating by Email"

"Hillary Clinton Not Alone in Using Private Emails to Govern"