sponsor content
Surviving the Stress Test: How Agencies Can Build a More Sustainable Remote Workforce
Skip to Content
Get the latest on need-to-know topics for federal employees delivered to your inbox.
View Privacy Policy
Survey Series: Confidence in Back Pay Grows While Opposition to Shutdown, Wall Continues

On January 14, 2019, Government Business Council (GBC) and GovExec.com issued the second poll in a survey series assessing attitudes and opinions about the ongoing government shutdown among federal government employees.

Following the first poll in this series, a follow-up survey of more than 1,000 federal government employees across civilian and military agencies reveals continued opposition to both the federal government shutdown and President Trump's request for funding aimed at a wall on the southern border of the US.

Additionally, since December 27-28 of last year, a higher share of respondents report having been furloughed — 37% of respondents to the January 14 survey report at least some period of furlough time, compared to just 32% of those who took the survey in December. Compared to the previous survey, a higher share of federal employees are confident or very confident that they will receive back pay for work performed during the furlough period.

The full, topline survey results can be found below. A detailed analysis of the findings is available here. 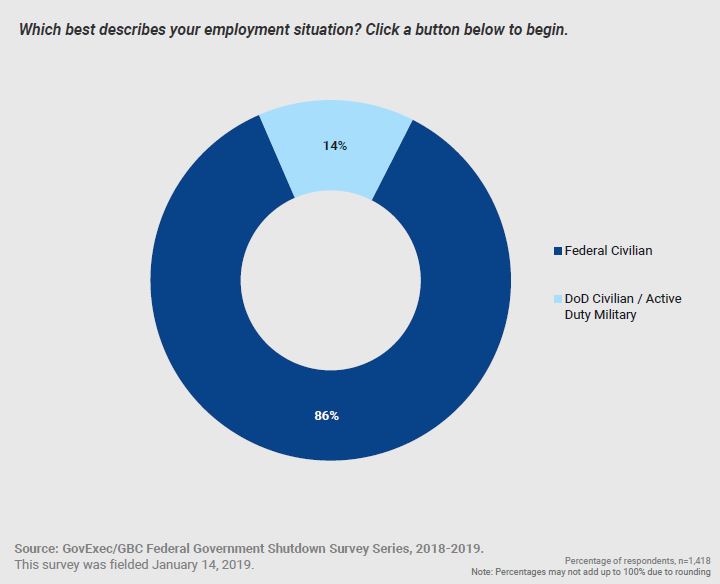 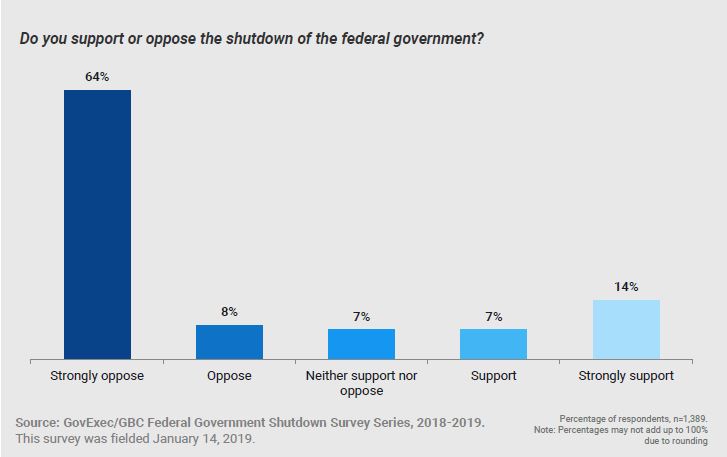 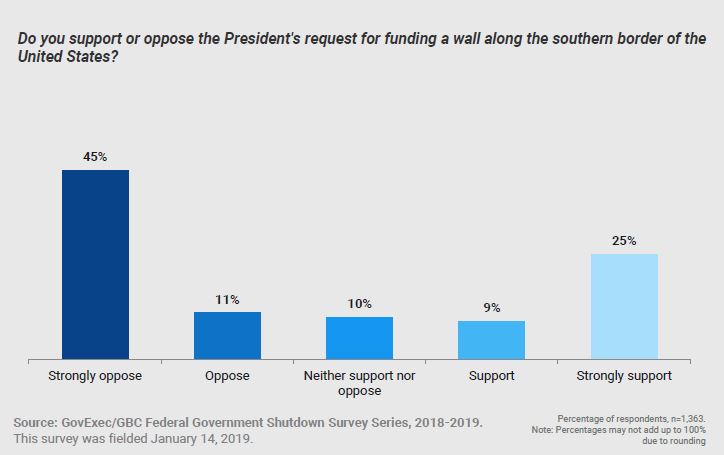 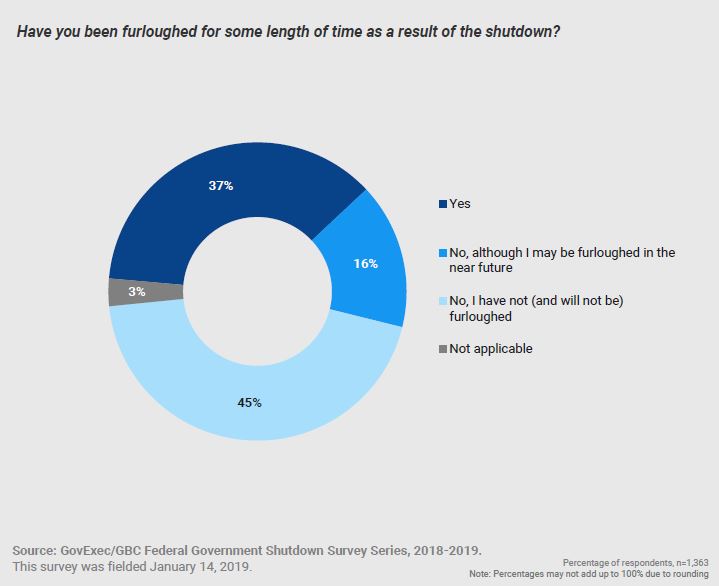 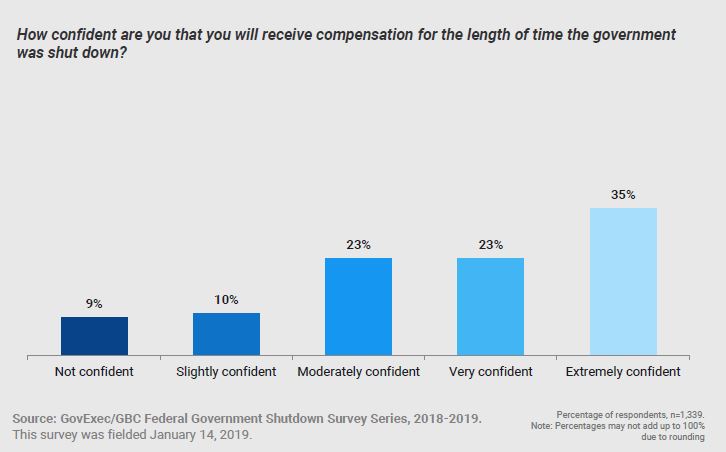 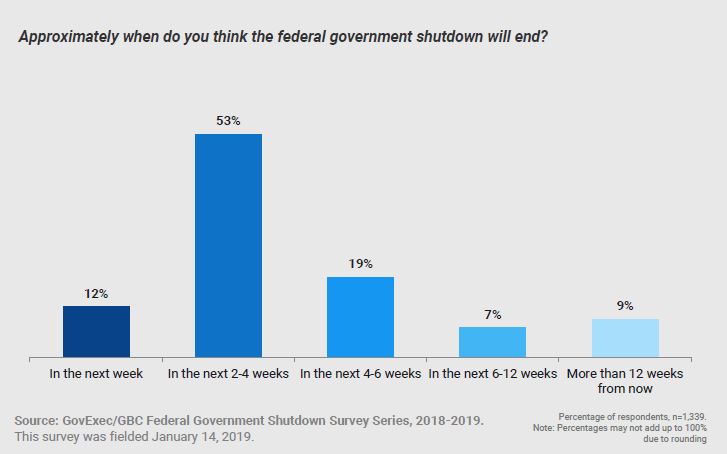 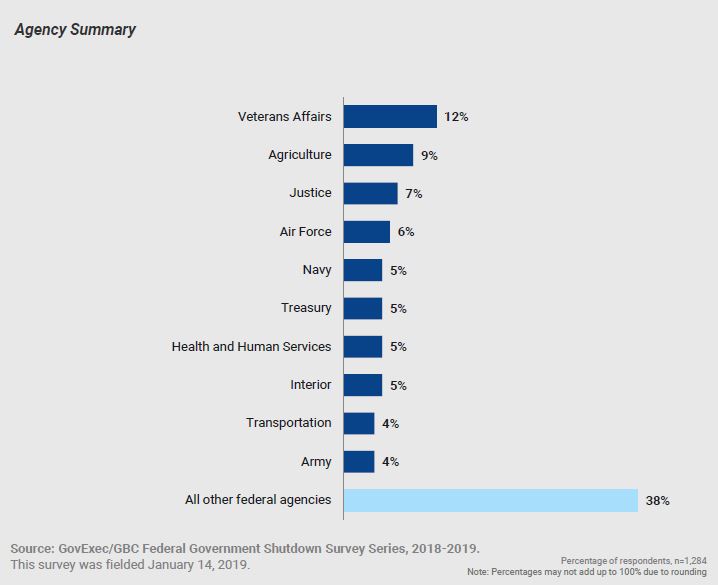 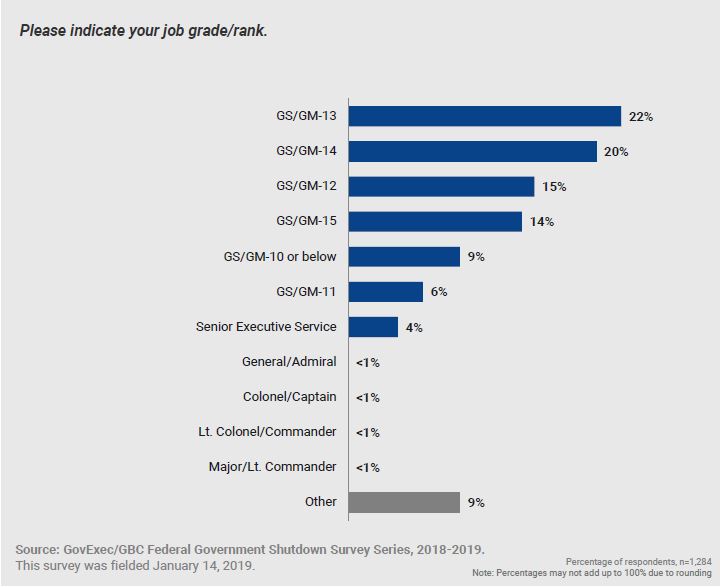 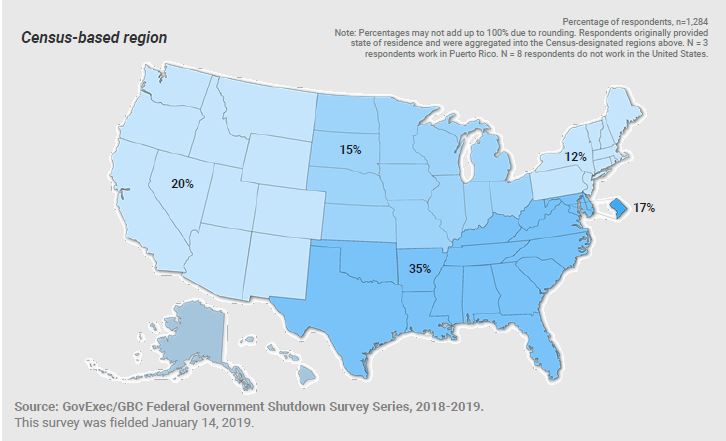 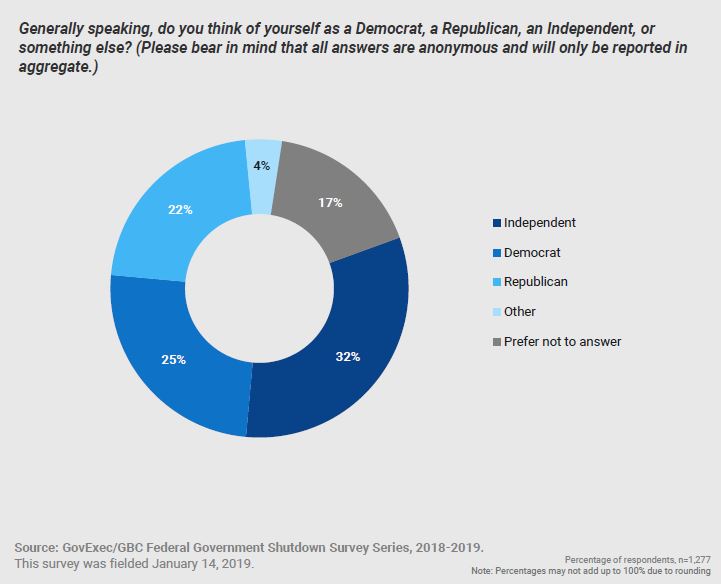 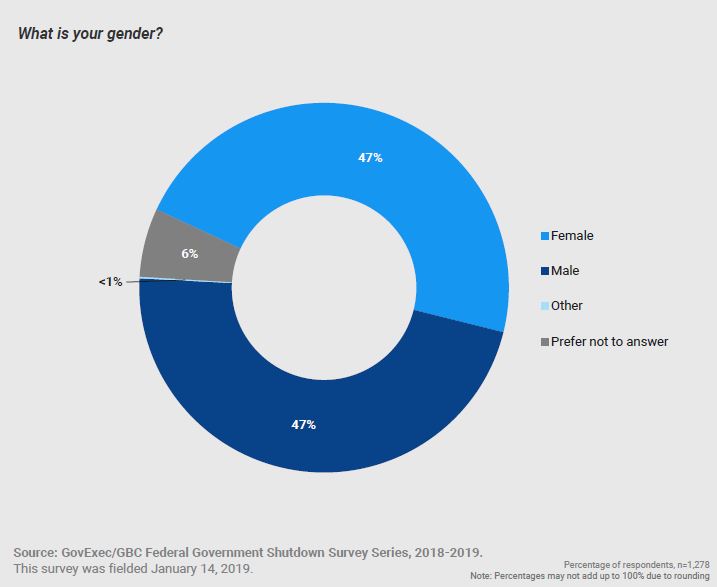 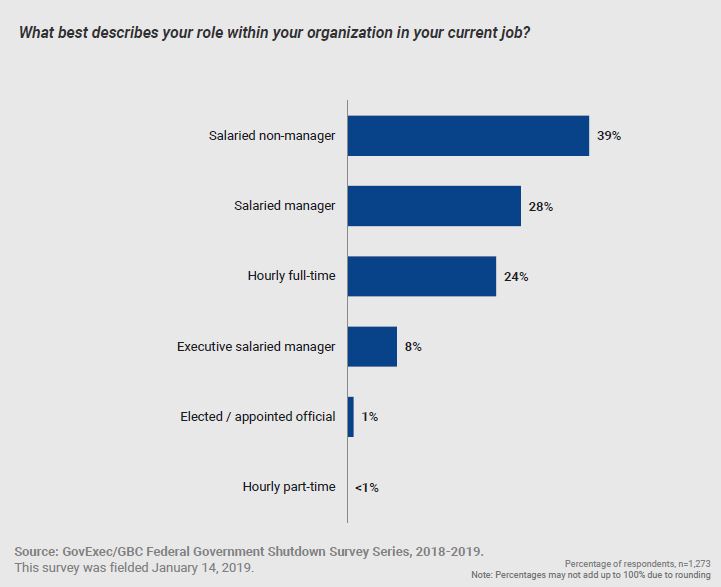 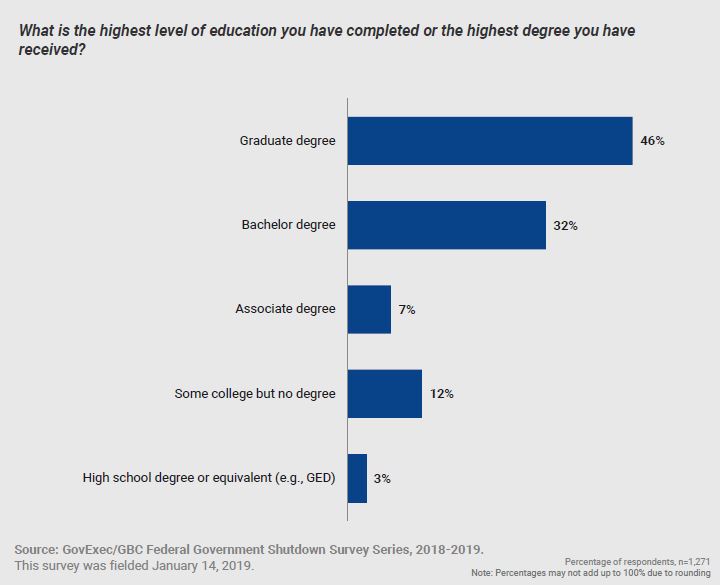