Workforce
Podcast: The Problem with the Diversity Training Executive Order

Workforce
Podcast: The Problem with the Diversity Training Executive Order

sponsor content
Why a Data Visualization Strategy Is Key to Effective Personnel Management
Skip to Content
Get the latest on need-to-know topics for federal employees delivered to your inbox.
View Privacy Policy
Featured eBooks 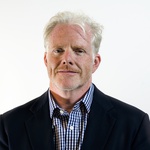 The White House is expected to name Ashton Carter to become the Pentagon’s next chief, replacing Defense Secretary Chuck Hagel, who resigned under pressure last week, according to media reports.

Carter, the Pentagon’s former deputy, was long seen as a frontrunner to succeed Hagel. His name percolated to the top after two other names also floated, former Pentagon policy chief Michele Flournoy and Department of Homeland Security Secretary Jeh Johnson, dropped from consideration in the last week.

CNN, citing administration officials, reported Tuesday morning that Carter would be Obama’s choice “barring last minute complications.” His formal nomination could come in the next few days. As the former deputy secretary of defense, and before that as the Pentagon’s top weapons buyer, Carter is thought to know the ins and outs of the Pentagon and would be the easiest solution for a White House desperate to find someone to manage the Pentagon after Hagel announced his resignation last Monday.

Read more on Defense One.

NEXT STORY: Why TSA's PreCheck Screening Program Is a Bad Idea

Government Executive
eBook: Cybersecurity in State and Local Government
Back to top
Government Executive uses cookies for analytics and personalization. By continuing to use this site, you agree to our use of cookies. Read our Privacy Policy to find out more.