Starving the agency that collects the funds that keep the rest of the government running is bad strategy, NTEU president says.

Five consecutive years of budget cuts have left the Internal Revenue Service with 18,000 fewer employees, many of whom feel besieged this filing season by angry taxpayers waiting in long queues for help that is often inadequate, the National Treasury Employees Union said on Monday.

IRS employees at taxpayer assistance centers tell union officials they “get yelled at, have papers thrown at [them], and are spoken down to [because] the demand is too high for the resources available,” National President Colleen Kelley told reporters in a conference call.

According to Kelley, a front line worker in Pittsburgh said fewer than 40 percent of calls are answered. “That’s a horrible percentage, and it certainly does not instill confidence in the federal government,” the employee told union officials.

Staff at a Van Nuys, Calif., taxpayer assistance center said taxpayers are frustrated from standing in line and are “sore from sitting, hungry because there’s no food, thirsty because our water fountain is disgusting, and usually end up with parking tickets,” Kelley said.

Another IRS customer service representative heard callers crying on the phone after being placed in a queue or subjected to a “courtesy disconnect” and told to call back later, she said, noting a 26 percent cut in phone center staff over the past five years. Phone equipment is “antiquated” and taxpayers with questions that in the past would have been handled by a subject-matter specialist are being referred to the IRS website, she said.

(The IRS in March reported that visits to IRS.gov have increased by 11 percent compared to the same time last year, totaling more than 215 million visits with several weeks still to go.)

While 7 million new filers have been added to the tax rolls over the last six years, IRS is no longer able to deal with the seasonal surge by hiring temporary employees to help with taxpayer queries. Especially hurt are those who need help with payment plans or special services, as well as disabled, elderly and non-English-speaking taxpayers, Kelley said.

NTEU’s new state-by-state tally of IRS workforce reductions from 2011-2015 showed that California topped the list of agency job losses with 3,039, followed by Georgia with 1,865 and Texas with 1,363. State-based IRS staffs hit hardest percentage-wise were Montana, cut by 33 percent, Hawaii by 31.8 percent and Wyoming by 30.8 percent.

The tally is released as part of the 150,000-member union’s ongoing effort to pressure Congress to reconsider budget cuts -- $1.2 billion cumulatively since 2010 -- imposed along with a hiring freeze. Kelley maintains the reduction in resources has eroded expertise on a complex tax code. “To starve an agency that collects 93 percent of the funds to keep the rest of the government running is a very, very bad strategy,” she said.

Asked why Congress insists on such cuts if they reduce compliance audits and widen the gap of uncollected funds, Kelley said, “Some have philosophical reasons -- they oppose the IRS and government -- and others have earplugs in and are not taking their responsibility seriously enough to deal with the facts.”

Asked whether IRS could shift some funds from other accounts without violating the Anti-Deficiency Act, Kelley pointed to appropriations rules and the option to request permission from congressional committees. “But the bottom line is, whatever they’re moving, that’s something else that is not being done, whether it’s compliance, enforcement or information technology.” (In January, National Taxpayer Advocate Nina Olson reported that IRS had shifted 3,000 employees to work on the growing problem of identity theft of tax refunds, but that put a strain on other operations.)

“Many on Capitol Hill do recognize that taxpayers are being harmed,” Kelley said, endorsing the Obama administration’s 2016 budget request for a $1.9 billion increase. “I don’t expect in one year to fully recover the funding lost in five years,” she said. “But hopefully we can at least stem the cuts, because turning the corner is important.”

Some reshuffling of priorities at IRS appears in the thinking of congressional Republicans who’ve imposed the IRS cuts at least in part because of the ongoing controversy over the agency’s Exempt Organization’s division’s mishandling of applications from primarily conservative nonprofits. “We are not here to simply punish the IRS, but rather to hold the agency accountable for their use of taxpayer dollars,” House Appropriations Financial Services and General Government Subcommittee Chairman Ander Crenshaw, R-Fla., told Internal Revenue Commissioner John Koskinen on March 18.

“We deliberately lowered the IRS’ funding to a level to make you think twice about what you are doing and why. You don’t have a single dime to spare on anything frivolous or foolhardy or even mediocre. The IRS should focus on its core mission of providing taxpayer services such as processing returns and refunds, providing customer service like answering the phone, and catching tax cheats. If the IRS wants more solid and sustainable funding, then the IRS needs to show Congress and taxpayers that it can manage funding responsibly and administer the tax code objectively.”

Many conservatives resist raising the IRS’s budget until the tax code is simplified and the agency’s authority curtailed. “Before they shell out more money, taxpayers are owed a more manageable tax code and a reduced role for the IRS, especially when it comes to the Affordable Care Act,” said a recent statement from the National Taxpayers Union. “There is an understandable sense that there is no budget high enough to administer a tax code so complex it takes over 6 billion hours for individuals and corporations to comply every year.” 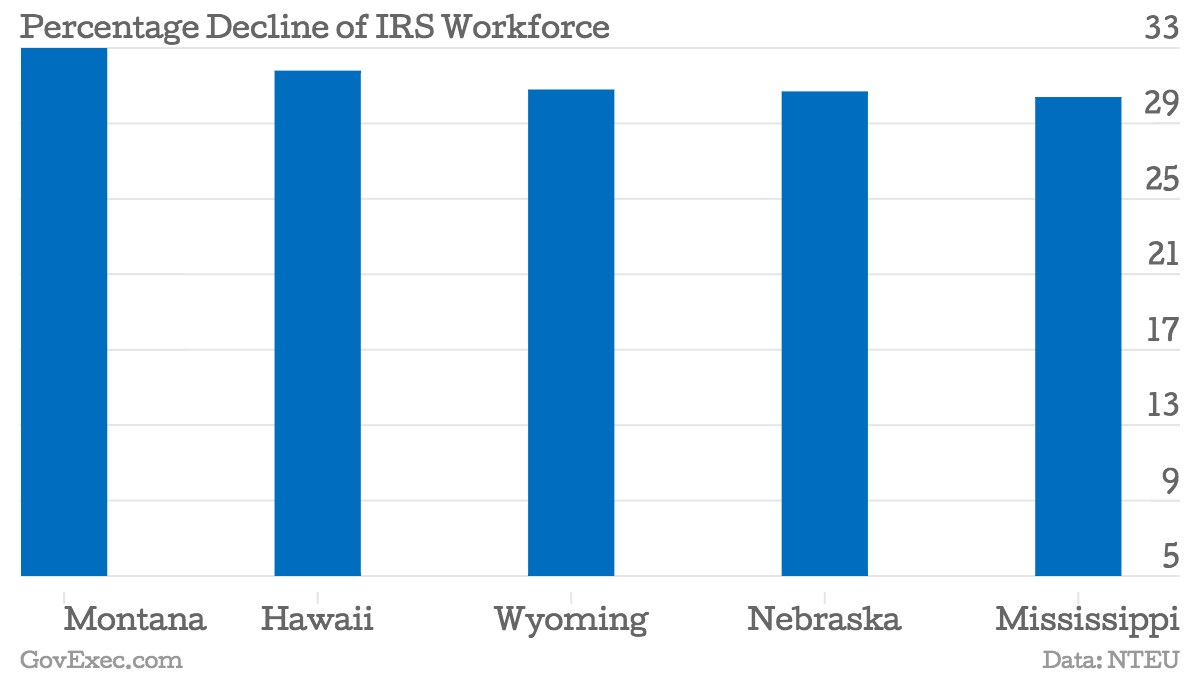 NEXT STORY: Chelsea Manning is Tweeting From Military Prison