First phase of switch to IP standard appears to be for a mobile package to support the president during his travels. 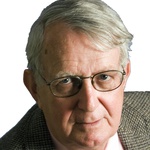 The White House appears ready to join businesses large and small in shifting its communications, including its phone calls, to an Internet-based system, according to a contract notice issued Tuesday by the procurement arm of the Defense Information Systems Agency.

The Defense Information Technology Contracting Organization said it intends to acquire a range of satellite equipment and Voice Over Internet Protocol (VoIP) phones and supporting hardware and software for the White House Communications Agency under a contact it called "Everything Over the Internet Protocol Phase I."

DISA declined to provide any details on the White House procurement, but based on the equipment list, it appears that the first phase of the switch to the IP standard is for a mobile package to support the president during his travels.

John Pike, a defense analyst and director of GlobalSecurity.org, said it makes sense to use the IP standard to support the traveling White House because it will require one set, rather than multiple sets, of equipment to support voice, data and video communications.

The White House's intention to switch to the IP standard makes sense "because everything you need to do today, you can do over IP," said Craig Mathias, an analyst with the FarPoint Group.

The equipment list calls for a mobile broadband satellite system with a 0.75-meter dish capable of operating in the Ka-band from AVL Technologies, based in Ashville, N.C., and a fly-away suitcase satellite system from the SWE-DISH subsidiary of DataPath, based in Duluth, Ga.

These satellite terminals will feed into a satellite hub router from iDirect Technologies, based in Herndon, Va., with Cisco tapped to provide the bulk of the networking gear and user devices. DITCO has asked bidders to provide a wide range of Cisco gear including series 3750 switches, Wide Area Application Services hardware and software, Call Manager hardware and software and 118 VoIP phones.

Security is a necessity for all White House communications, Mathias said. DITCO has asked bidders to provide high-level encryption through the AltaSec KG-250 manufactured by ViaSat, based in San Diego.

NEXT STORY: Lawmakers back energy-friendly light bulbs at federal facilities