The 2 percent increase will take effect starting with December benefits.

Federal retirees will receive a cost-of-living adjustment of 2 percent next year, the largest boost since 2012.

The increase—which applies to all retirees receiving Social Security benefits and not just federal retirees—was welcome news to retiree advocates, coming off two years of minimal or no growth.  Federal retirees received a 0.3 percent adjustment this year, and no cost-of-living increase in 2016.

“Today’s announcement was eagerly awaited by millions of Americans who rely on the increase to keep up with the rising prices for food, housing, gas and medical care,” said Richard Thissen, president of the National Active and Retired Federal Employees Association, in a statement.

NARFE has long advocated, however, for a change in the way the COLA is calculated to better reflect how senior citizens spend their money.

NARFE would like to see the formula switched to use the Consumer Price Index for the elderly (CPI-E). “Our nation’s seniors spend more than twice as much on medical care than the population measured by the current formula to calculate COLAs, the CPI-W,” Thissen said. “Congress must act to implement a new formula that adequately measures costs incurred by seniors.”

Thissen also noted that federal retirees’ portion of health care premiums will rise by 6.1 percent next year, which significantly outpaces the 2 percent cost-of-living boost. “On top of this, Medicare premiums increased disproportionately for most federal annuitants during the last two years, and long-term care premiums sharply increased by 83 percent, on average,” he stated. “A new a cost-of-living formula that doesn't force these Americans to take one step forward, then two steps back is long overdue.”

The new COLA will take effect starting with December 2017 benefits. The following chart provides a look at COLAs over the past decade. 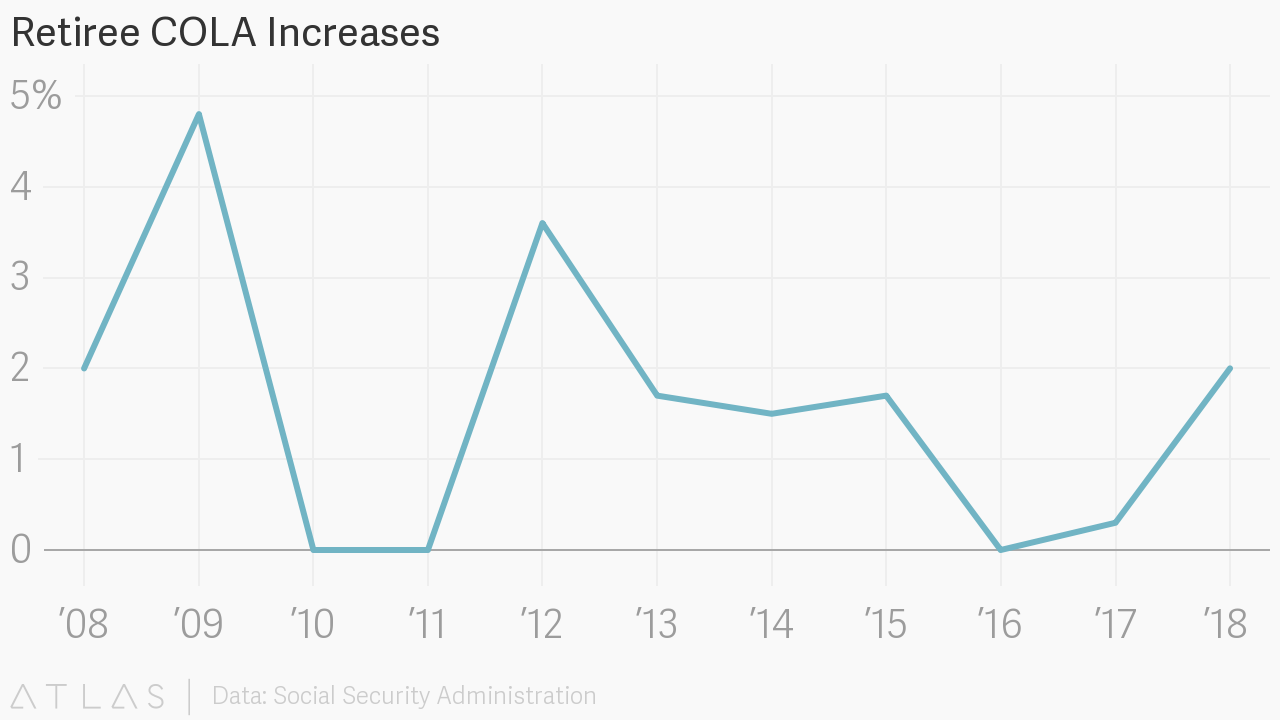 NEXT STORY: Are You Mentally Prepared for Retirement?