The fiscal 2017 legislative branch spending bill would freeze rank-and-file members’ salaries at $174,000 -- where they have been since 2010.

It looks like lawmakers will deny themselves a pay raise for the eighth consecutive year.

A House Appropriations subcommittee on Wednesday will mark up the fiscal 2017 legislative branch spending bill, which funds various administrative operations on Capitol Hill, including office expenses and pay for members of Congress. A provision in the legislation, unveiled on Tuesday, would maintain the freeze on lawmakers’ salaries that has been in effect since 2010 (and was enacted as part of the fiscal 2009 legislative branch spending bill). 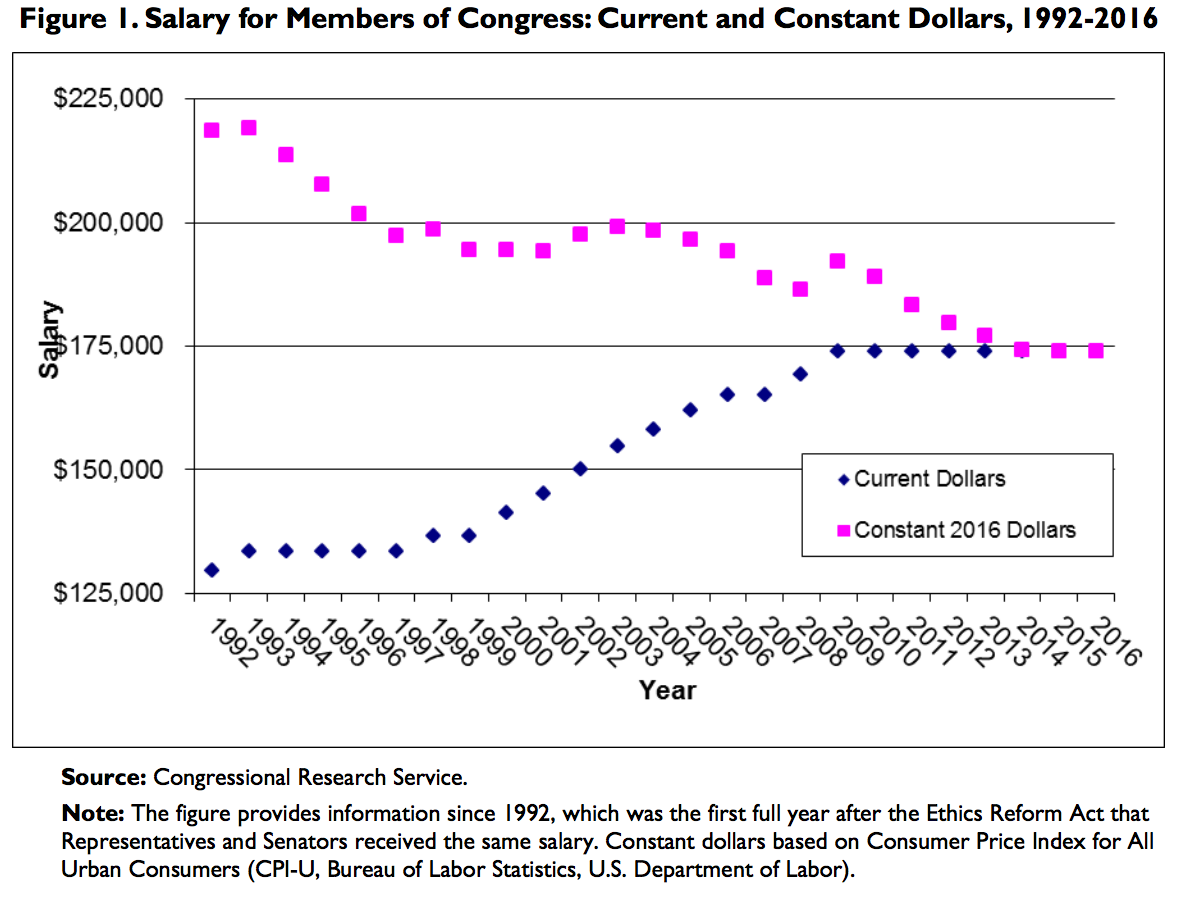 Under the 1989 Ethics Reform Act, congressional members’ pay is determined through a formula based on changes in the private sector as measured by the Employment Cost Index. If lawmakers choose not to freeze their pay, then they would be in line for a maximum 1.6 percent boost in fiscal 2017, or $2,800, according to the automatic cost-of-living adjustments. President Obama has recommended a 1.6 percent pay raise for federal employees in 2017, though some lawmakers are calling for a 5.3 percent bump for executive branch civilians.

Congress has frozen its pay 11 times in the past 20 years, according to data compiled by the Congressional Research Service. In 2014, when lawmakers were considering the fiscal 2015 legislative branch spending bill, then-Rep. Jim Moran, D-Va., unsuccessfully offered an amendment to that bill during the committee process that would have provided lawmakers who live 50 miles outside of Washington with a $25 housing stipend for every day Congress was in session. It would have applied to future Congresses since sitting lawmakers are prohibited from changing their own pay while in office. Moran, a 23-year House veteran who lives in Northern Virginia just 10 miles outside of Washington, retired from Congress at the end of 2014.

Moran at the time expressed concern that congressional pay freezes would become routine and part of the annual appropriations process. “I don’t think either party is going to take it upon themselves to try and change this … so I suspect five, 10, 15 years from now, it’s still going to be the same,” he said. The high cost of housing in D.C., coupled with stagnant congressional salaries, would result in a Congress made up entirely of two classes: the short-timers and the independently wealthy, the former congressman argued. Young people with families, mortgages and student loan debt, for example – individuals who can relate to the majority of Americans and their financial struggles – could be deterred from serving in Congress because they can’t afford to, Moran warned.

Talk of increasing lawmakers’ pay has become especially politically sensitive over the past several years because of belt-tightening across government, including the three-year pay freeze on federal civilian employees, which ended in 2014, and the epic legislative battles that have tarnished the reputations of both parties in the eyes of the public, culminating in a 16-day government shutdown in October 2013.

The total funding for the House fiscal 2017 legislative branch spending bill (excluding Senate-only items) is $3.48 billion, $73 million above the fiscal 2016 level, and $152 million below the president’s request. “The slight increase in funds is directed to essential health and safety improvements to aging or damaged facilities to protect members, staff and visitors,” said a press release from the House Appropriations Committee.

The bill also includes money for “pro-family improvements” to the Capitol, such as more convenient parking for pregnant lawmakers, a provision to add more baby-changing tables to House bathrooms for visitors, and a measure to carry on the recently-renewed tradition of sledding on Capitol Hill. “While these items are minor compared to the initiatives under the Architect, Library, and Capitol Police, they set a family friendly standard for the Capitol and make the people’s House a better place to work and visit,” said Rep. Tom Graves, R-Ga., chairman of the Appropriations Legislative Branch subcommittee. 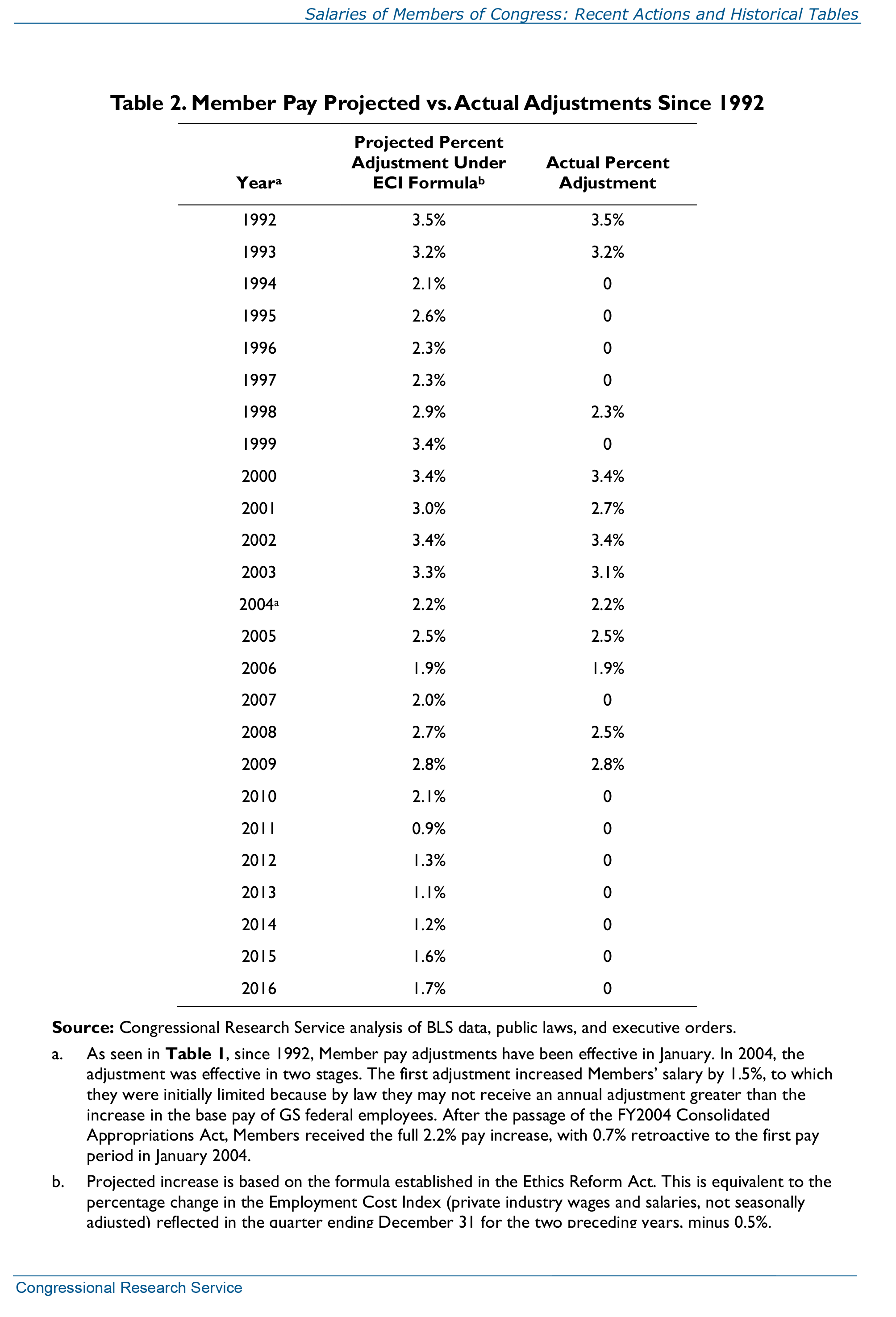