The percentage of claims processed in 60 days or less has dropped.

The backlog of unprocessed federal retirement applications continued to decrease in April, according to the latest numbers from the Office of Personnel Management, but it is still higher than projected and higher than it was one year ago.

The inventory of retirement claims stood at 18,226 at the end of last month, a decrease of 2,368 claims, or 11.5 percent, over March’s backlog. The inventory fell in March as well, after hitting an 18-month high of about 24,000 claims in February.

Reducing the retirement backlog has been an ongoing challenge for OPM and source of frustration for federal retirees and lawmakers. The agency had been working toward eliminating its inventory by the summer of 2013, but sequestration required it to adjust that goal and it has not been able to make much lasting progress since then.

The chart below shows how the claims backlog has fluctuated over the past 12 months: 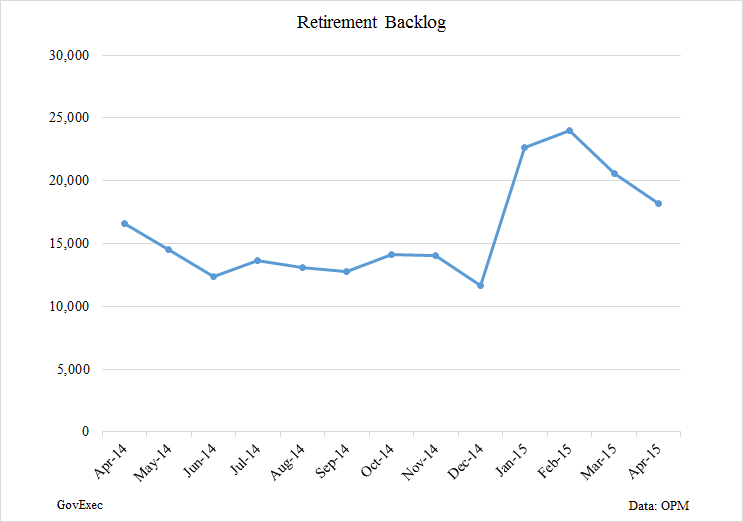 NEXT STORY: How One Lawmaker Wants to Make Feds’ Prescription Drugs Cheaper