Civilian federal employees seem headed for a 1 percent pay raise in 2015. President Obama called for it, and Congress has shown no inclination to stand in his way.

The fate of the military raise, however, hangs much more in the balance. Obama and a Senate committee have backed a 1 percent pay boost, while the House has passed legislation that would give uniformed service personnel a 1.8 percent base salary increase.

The Senate has yet to pass its annual defense authorization bill, which sets the level for the military pay raise. If the Senate advances the committee-backed version of the bill, House-Senate negotiators would have to reconcile the gap between the 1.8 percent raise and the 1 percent figure in conference committee.

Military personnel received a 1 percent raise in 2014, the lowest such increase in the last several decades. The annual pay bump peaked in 1982, when uniformed service members received a 14.3 percent raise after receiving an 11.7 percent boost the year before.

The military pay raise is technically automatically tied to a Bureau of Labor Statistics figure -- the Employment Cost Index -- that measures wage increases in the private sector. The president will usually make his own proposal, however, and Congress has the final say. Defense Secretary Chuck Hagel has endorsed a plan to give service members smaller raises as part of a larger effort to shrink compensation costs, saying the Pentagon can no longer afford the large increases military personnel received in the years following the September 11, 2001, terrorist attacks.

Civilian and military pay raises have, at times, mirrored each other, especially in the 1980s and 1990s, according to the Congressional Research Service. Since the turn of the century, Congress has by and large granted military personnel larger salary bumps. The chart below shows the pay raises for military and federal civilian employees over the last 30 years: 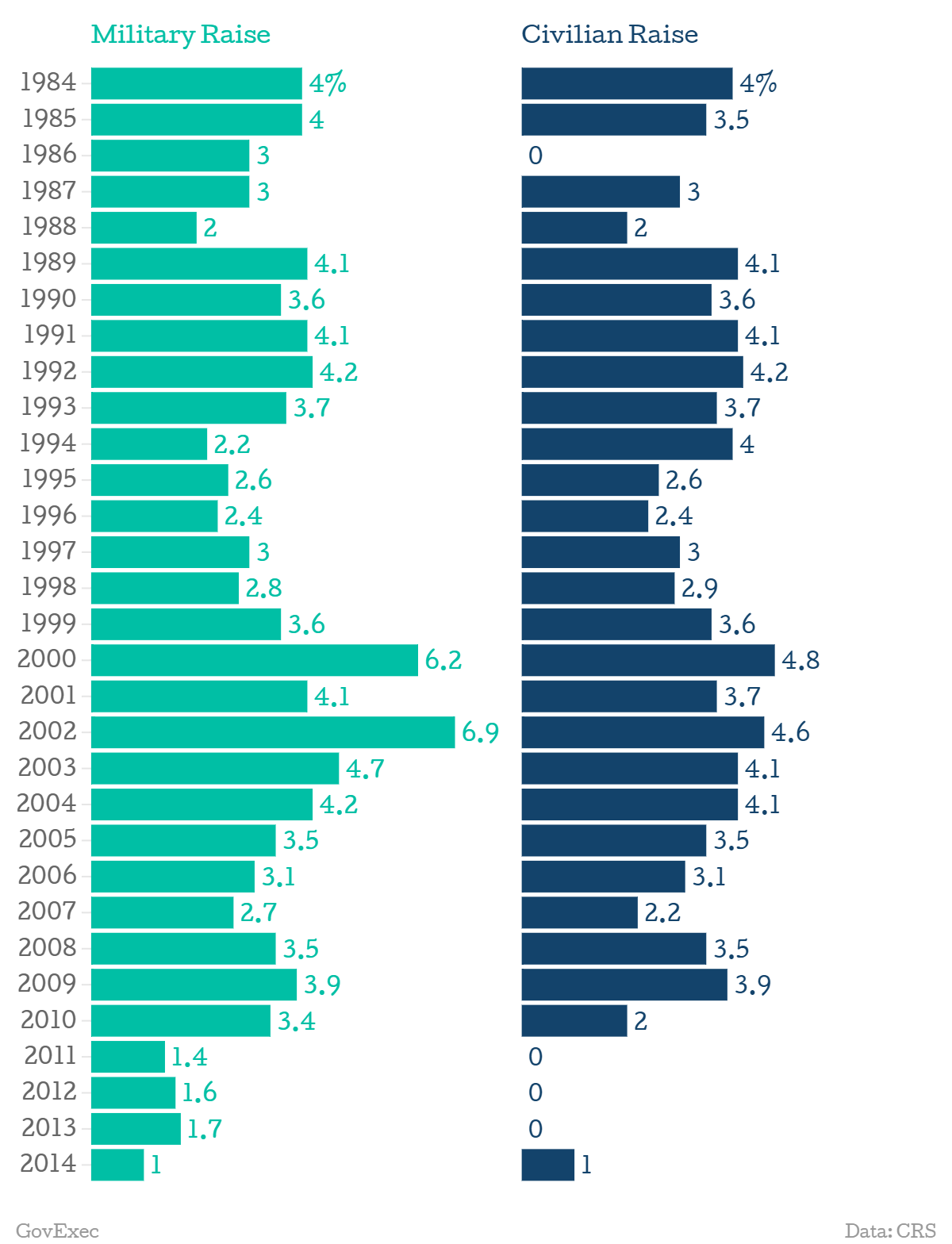 NEXT STORY: How to Pick a Financial Adviser