'Planned furloughs' could be necessary if sequestration takes effect. 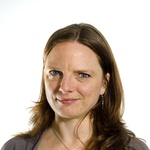 The Office of Personnel Management on Thursday posted new guidance for federal agencies and employees about administrative furloughs, which it describes as planned and typically non-emergency events.

The guidance, dated December 2012, comes days before automatic, across-the-board budget cuts known as sequestration are slated to kick in if Congress cannot agree on an alternative. The Office of Management and Budget last week said furloughs would not happen immediately if sequestration takes effect on Jan. 2, 2013, but instead departments would have to consider furloughs as part of a longer-term plan if the cuts remain.

In keeping with that non-emergency timeframe, the document issued Thursday, first reported by The Washington Post, describes a process in which an “agency has sufficient time to reduce spending and give adequate notice to employees of its specific furlough plan.”

Agencies are responsible for determining which employees will be affected based on budget and mission priorities, OPM said. If the agency plans to administratively furlough employees for more than 30 days, it must provide 60 days notice.

This type of administrative furlough “is a planned event by an agency which is designed to absorb reductions necessitated by downsizing, reduced funding, lack of work, or any other budget situation other than a lapse in appropriations,” the document said. “An example of when such a furlough may be necessary is when, as a result of Congressional budget decisions, an agency is required to absorb additional reductions over the course of a fiscal year.”

NEXT STORY: Federal workers say Congress and public do not appreciate them