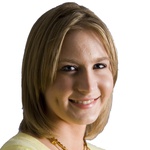 The House on Thursday approved a bill granting civilian federal employees a 2008 pay raise of 3.5 percent, a figure equal to the adjustment already authorized in the House for members of the military.

The House approved the raise as part of the fiscal 2008 financial services appropriations bill. The adjustment is half a percent higher than the increase proposed by the Bush administration, which recently issued a policy statement opposing the additional 0.5 percent, arguing that it exceeds the average increase in private sector pay measured by the Employment Cost Index.

"This arbitrary across-the-board increase would cost agencies over $600 million in FY 2008 and would not target any specific recruitment or retention challenges," the statement said.

The House's action drew praise from federal labor unions, which have been lobbying for pay parity between members of the military and civilians as well as a raise higher than the president's request.

"Fair pay is the single most important factor toward recruiting and retaining quality federal employees," said Colleen Kelley, president of the National Treasury Employees Union, in a statement. "It also would represent a small, but important, step in closing the pay gap between public and private sector employees, estimated at about 13 percent."

Kelley also praised language designed to ensure employees at the Defense and Homeland Security departments aren't denied the 3.5 percent raise as a result of personnel reforms.

The White House opposed this provision as well, stating that it "backs away from the concept of pay-for-performance and is ambiguous as to how the increase would be applied."